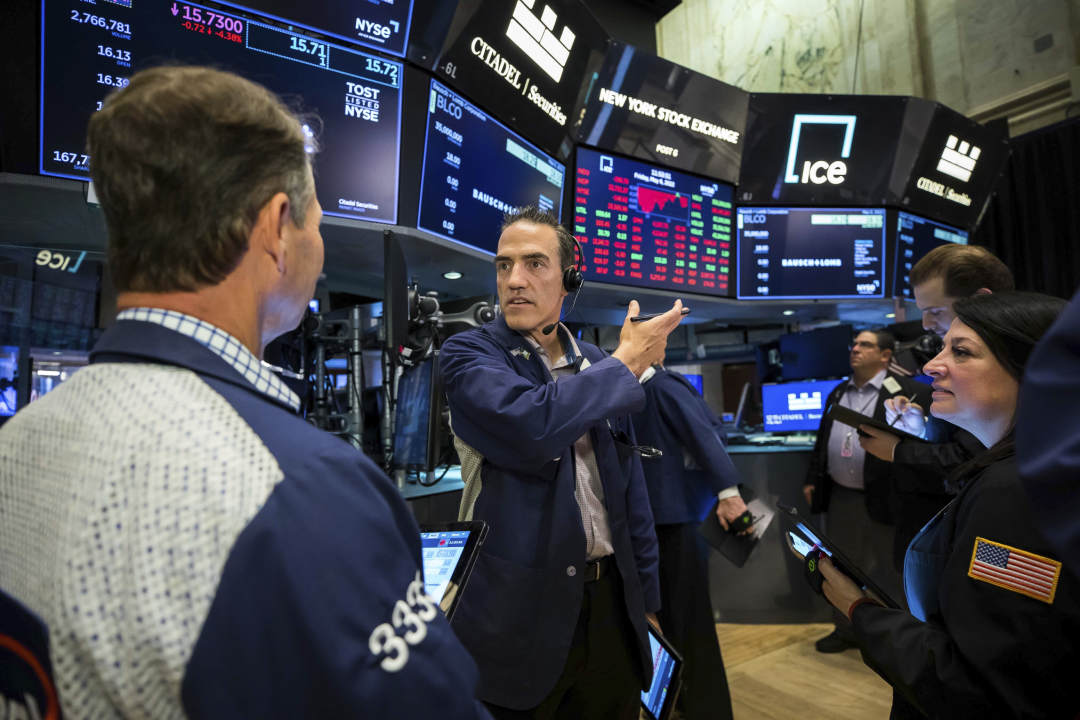 1. US tech giants lose more than $US1 trillion in value in last three days of trading
The ramifications of the Fed’s interest rate rise last Wednesday are now in full swing, with the most valuable publicly traded company, Apple losing some $US200 billion in market cap since that time. Other significant tech losses include Tesla shedding $US199 billion, Amazon dropping by $US173 billion, and Microsoft’s $US189 billion drop in value.

2. Katherine Deves issues cryptic apology for transgender comments
Speaking with reporter Chris Kenny on Sky News, Liberal MP candidate Katherine Deves made a point of clarifying her statements about reassignment surgery and mutilation before apologising for how such comments were received.

“Look, that is actually the correct medico legal term. Look, it’s very emotive and it’s very confronting, and it’s very ugly. So of course, people are going to be offended,” Deves said.

“But when you look at medical negligence cases, that is the terminology that they use. It is also contained in the Crimes Act of New South Wales.”

She continued: “I’m apologising for how people might have perceived it, and the fact that it is confronting and it is ugly, and I certainly don’t want to hurt anyone’s feelings. But that is the correct terminology.”

3. Bitcoin a hedge against inflation?
The largest cryptocurrency’s price action would suggest otherwise, as Bitcoin (BTC) dropped more than 10% on Monday, hitting a low of $US31,000. Large-cap Cryptocurrencies are yet to distinguish themselves from equities markets, as the large drop fall in line with the massive tech sell-off seen in global equities markets.

“Equity and Crypto markets are selling off across the board due to a broad shift from risk-off to heavy risk-selling,” said Steven McClurg, chief investment officer at Valkyrie Investments.

“The correlation between the two asset classes has grown more pronounced in recent months due to the number of publicly traded companies involved in blockchain and digital assets, and we are likely to see these markets move largely in lockstep for at least some time,” McClurg continued.

Additionally, bitcoin currently has no counter-trend signals but the equity market looks poised to rebound this week, which could carry over to cryptocurrencies, according to Fairlead Strategies founder Katie Stockton. (CNBC).

4. REIT investor says office work is poised for a comeback
Global real estate securities investor Quay Global sees more value in retail than logistics as it predicts the office sector will see a stronger than expected comeback to current sentiment around working arrangements.

Principal at the asset manager, Chris Bedingfield told the AFR: “The biggest talking point in real estate is the future of [the] office and what work from home is going to do to values.”

“Office managers can’t think about the average [number of people coming into the office] but the maximum coming in,” he said.

“I think companies will get it wrong cutting office space because employees want a desk and their own space.”

He added that the average office cost per person was actually low.

“In the US, the big east coast office landlords are still doing the same volume of leasing deals,” Mr Bedingfield said. “It excites us when the narrative is different from reality.”