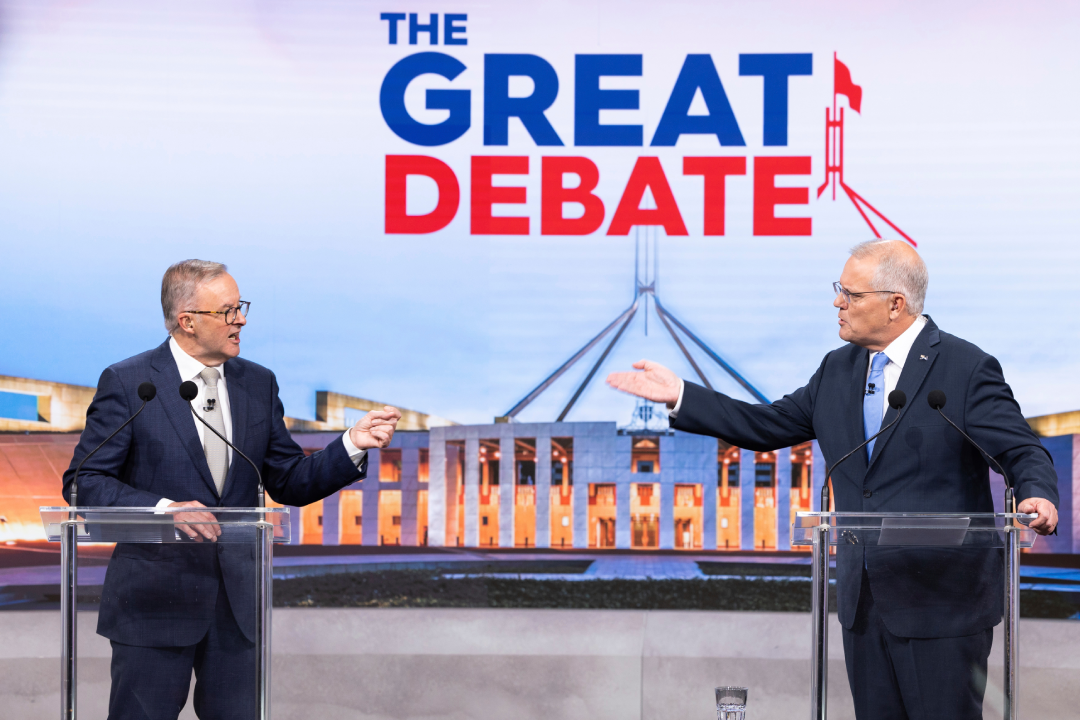 1. No winners in federal election debate
Despite heated exchanges between PM Morrison and Opposition Leader Albanese, polling suggests there was no clear winner out of Sunday’s federal election debate. The Guardian described the pair as bickering over electricity prices, national security and a federal integrity commission during the second leaders’ debate of the election campaign.

“We are a known quantity, and at a time of great uncertainty, now is not the time to risk things on the unknown.

“Labor have no plan, they are unknown, and a small target is always a big risk,” Morrison said in his closing remarks.

As for Albanese, he said Australia had the opportunity for a “better government”.

“If I get the job, I will do the job each and every day.”

Channel Nine’s “viewer verdict” initially had Morrison the winner, then Albanese, before the result came in at a 50-50 tie.

2. Food prices expected to soar
On the latest threats to our wealth i.e. inflation, a retail expert thinks supermarket shelf prices could rise 12% this year! Food price inflation is set to surge with suppliers approaching Woolworths and Coles with some asking for 12% price hikes. The Australian reports Jarden retail expert, Ben Gilbert says an average rise in food prices of 6.8% is a near certainty, so if you spend $20,000 a year on food, expect to pay an extra $1,400 a year to eat or change your diet.

3. Pressure to push rates up could cause recession
Pressure is mounting on the Reserve Bank to increase interest rates quickly to reduce inflation, even if it could threaten a recession. The RBA has come in for criticism for waiting too long to raise interest rates. And now a former Future Fund board member, Mark Burgess, says it needs to get interest rates back to normal ASAP. Investment bank Goldman Sachs thinks we need a half-a-percent rate rise next and the cash rate, now at 0.35%, should be 2.6% by year’s end. That would push home loan rates up by another 1.25%, which could push us into recession.

4. Atlassian founder fights to turn AGL green
Billionaire activist and Atlassian founder, Mike Cannon-Brookes is fighting to turn AGL green by stopping a demerger of the company. This week shareholders get to vote on breaking up AGL into a clean, green energy business called AGL Australia and a dirty coal-powered one called Accel. Cannon-Brookes is now the company’s biggest shareholder but the majority could out-vote him. He wants to keep the company together and quickly kill off the company’s coal-based power stations.