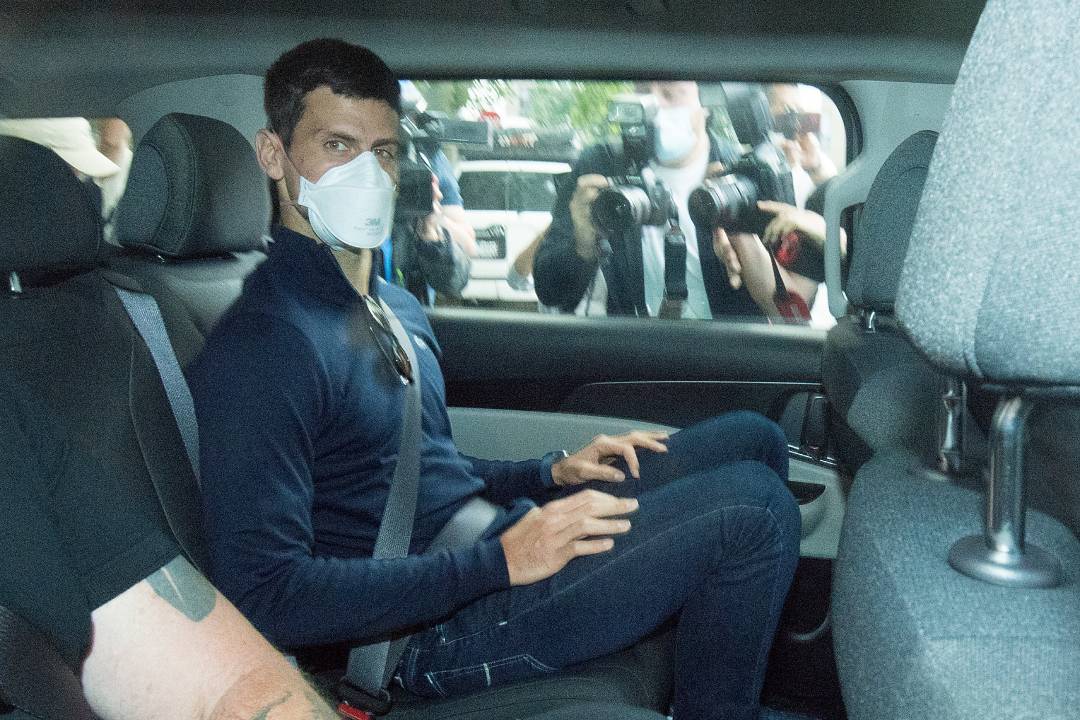 1. Novak Djokovic returns to Serbia after visa debacle with Australian courts
Men’s tennis world No. 1 Novak Djokovic will leave Australia without competing for a record 10th Australian Open title after the full bench of the Federal Court ruled against his last-ditch effort to have his visa cancellation by the Immigration Minister quashed. “In an expedited hearing on Sunday on the eve of the Australian Open, Chief Justice James Allsop, Justice Anthony Besanko and Justice David O’Callaghan ruled unanimously against Djokovic’s application. Reasons for the judgment will be published at a later date,” the AFR reports. “I am extremely disappointed with the court ruling to dismiss my application for judicial review of the Minister’s decision to cancel my visa, which means I cannot stay in Australia and participate in the Australian Open. “I respect the court’s ruling and I will co-operate with the relevant authorities in relation to my departure from the country,” Djokovic said.

2. Tsunamia threat from underwater volcano subsides
Despite the immense satellite images from space of the underwater volcanic explosion which erupted in the Pacific Ocean on Saturday, Tsunami threats for neighbouring countries including New Zealand have begun to subside. Although it is still unclear as to the full extent of the damage the eruption has placed on Tonga, which was hit by tsunami waves soon after. The tsunami waves caused damage to boats as far away as New Zealand and Santa Cruz, California, but did not appear to cause any widespread damage. Planet Labs, a satellite image company that captured the eruption said “the surface area of the island appears to have expanded by nearly 45% due to ashfall”.

3. N95 or KN95?
As the need for wearing suitable PPE is not wavering any time soon, many are asking what the correct face mask is to be wearing to best protect themselves and others from Covid-19 in public. Despite some of the contradictory advice that has come from advisory bodies such as the Centers for Disease Control and Prevention (CDC) in the US, which at one point discouraged the use of N95 masks for the general public, N95 and KN95 masks remain the viable options. The main difference between the two being that KN95s are manufactured in China and thus are subject to different certification requirements than US-made N95s. Both masks filter out at least 95% of particles in the air.

4. Bitcoin dominance beginning to falter
Data from one of the biggest cryptocurrency payment processors in the world, BitPay shows consumers and businesses are steadily moving away from BTC and into other crypto coins “altcoins” for purchases and transfers. “With Bitcoin’s price rising 60% last year, despite the fourth-quarter volatility, many investors may also have chosen to hold onto the world’s biggest cryptocurrency instead of spending it. Many remember Bitcoin’s first commercial transaction, in which a programmer spent Bitcoins now worth billions on two pizza pies,” Bloomberg reports.