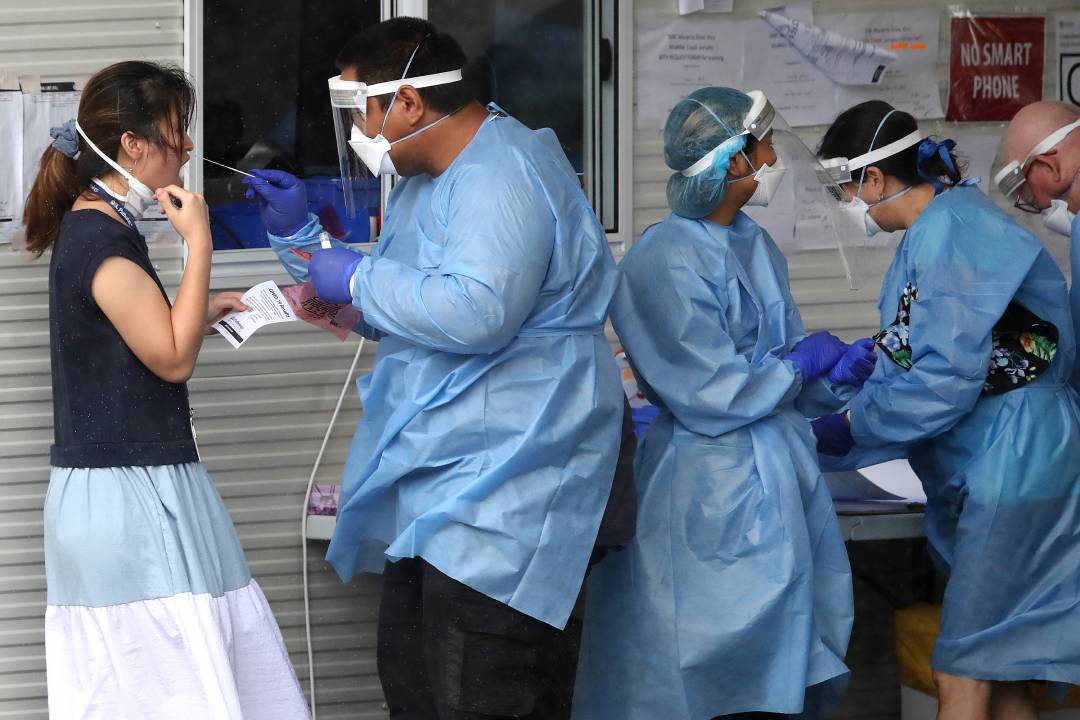 1. NSW records deadliest day of pandemic
16 covid-related deaths were reported on Sunday in NSW as the state reported over 30,000 daily cases. The new surge has also sparked supply shortages in supermarkets. “The 16 people who died Sunday included eight women and eight men aged in their 60s, 70s, 80s and 90s, NSW Health said. The figure tops the previous record of 15 deaths, which has been reached twice, on Sept. 29 and Oct. 1 last year. There were 1,927 people in hospitals, including 151 people in intensive care,” Bloomberg reports.

2. Cypriot scientist discovers emergence of Deltacron Covid variant
Leonidos Kostrikis, a scientist in Cyprus, insists that the discovery of a new covid variant that combines properties of Delta and Omicron is not an error. While there is speculation from other scientists that this new ‘Deltacron’ variant is a result of laboratory contamination, Kostrikis asserts that new coronavirus cases he is seeing “indicate an evolutionary pressure to an ancestral strain to acquire these mutations and not a result of a single recombination event”.

3. European nations voice economic concerns over potential sanctions on Russia
The US has been compelled to reconsider its economic sanctions on Russia over the continued dispute between Russia’s intentions on invading Ukraine. Although Western allies in Europe are unanimous in their desire to prevent a war stemming from the Russia/Ukraine border dispute, many are voicing concerns of the knock-on effects to their economies if the US were to impose tight sanctions on Russia. “European nations also fret that Russia would likely retaliate, possibly even cutting crucial gas supplies to a continent already grappling with record high energy prices,” Bloomberg reports. “Officials from Russia and the U.S. are in Geneva for talks, with a Russia-NATO council meeting also on the slate for this week, plus talks in Vienna under the Organization for Security and Cooperation in Europe.”

4. New isolation rules for NSW and Queensland
In a move to combat increasing supermarket supply shortages, as well as to pedal the economy forward more broadly, the NSW and Queensland state governments are abandoning isolation rules for certain sectors including aviation, essential workers and child care. “While business backed the NSW and Queensland changes, unions warned it could backfire and spread the virus, forcing workplaces to shut down. Other states are expected to follow and ease essential worker restrictions,” the AFR reports. “NSW Premier Dominic Perrottet said workers in the food and grocery, warehousing and transport sectors who were not showing symptoms and had tested negative would be allowed to leave self-isolation and return to work.”