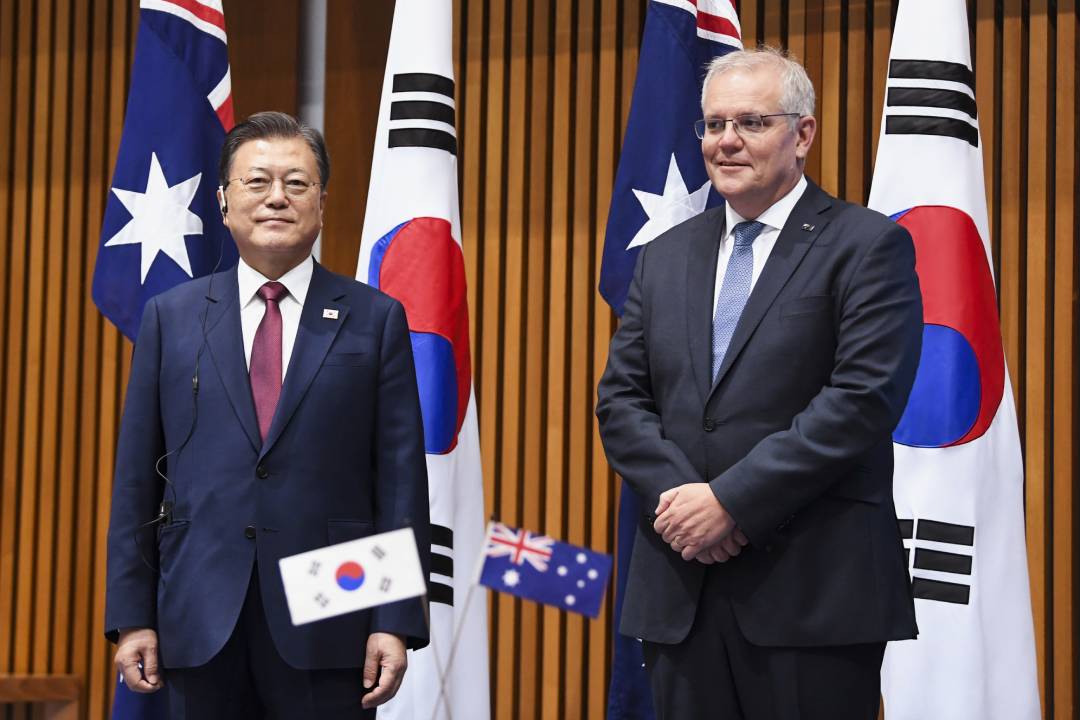 1. Morrison government reinstates travel bubble with Japan and South Korea
The Morrison government has announced that it will be reopening its travel bubble with Japan and South Korea after a two-week delay following the outbreak of the Omicron covid variant. Skilled migrants and foreign students will also be permitted entry into the country in what is seen as sign of confidence from the government about the threat of the latest variant. It decided not to extend the delay following advice from Chief Medical Officer Paul Kelly that Omicron is manageable, based on what is known.

2. US military personnel responsible for drone strike dodge sentencing
The US military will not punish any personnel for the drone strike that killed 10 civilians, among them as many as seven children, this summer in the capital of Afghanistan. The American military originally had claimed that the August 29 strike in Kabul killed two fighters in the ISIS-K terror group who were suspected of involvement in planning attacks on US forces there. However, the Pentagon later admitted that the victims were an aid worker and his. The strike came during the withdrawal of US troops from Afghanistan, which President Joe Biden had ordered in April. A Pentagon investigation found that the strike did not violate the laws of war.

3. Australia’s AUKUS submarines potentially blown well over budget
The infamous eight nuclear submarines which saw Australia backflip on its already-inked deal with France will cost $70bn at an “absolute minimum”, with defence analysts positing the total could go as high as $171bn.

4. Bank of England concerned about rapid growth of cryptocurrencies
England’s central bank Financial Policy Committee has issued its concerns about how the rapid growth of cryptocurrencies and its retail adoption in 2021 means that “crypto assets are becoming more interconnected with the wider financial system, and enhanced regulatory and law enforcement frameworks are needed to manage risks,” Bloomberg reports. “A large fall in crypto asset valuations may cause institutional investors to sell other financial assets and potentially transmit shocks through the financial system, it warned, and the use of leverage can amplify any spillovers.”

5. ASX to slide amid caution in US markets