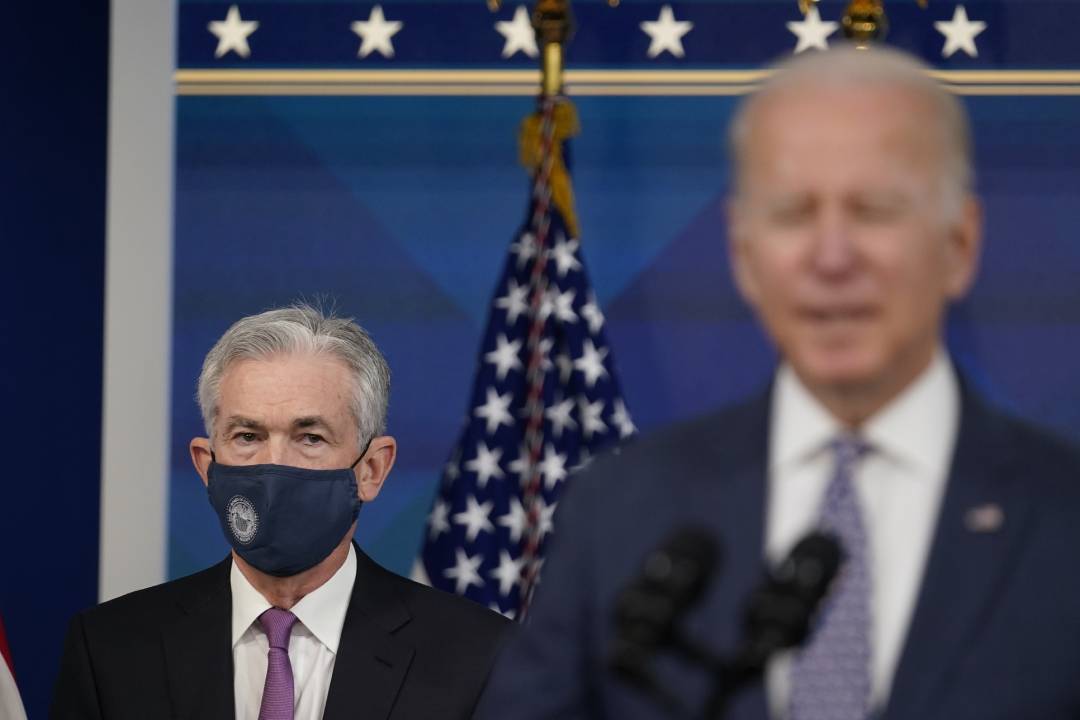 1. Powell powers on
The Biden administration have elected to retain Jerome Powell as Chair of the Federal Reserve, naming his contender Lael Brainard as vice chair. Ultimately, the decision to reappoint Powell rested on his efforts to rescue the US economy during the pandemic and as such, Biden feels he is the best fit to protect the economy against rising consumer prices. It also restores the tradition of the president sticking with the chair he inherited from his predecessor. Powell, a Republican, will likely win a smooth confirmation in the Senate, although progressive Democrats may be disappointed by the choice,” Bloomberg reports.

2. Vaccine boycott continues in Australian Senate
All contested legislation to be passed through the upper house has currently been put on hold as two Coalition senators refuse to pass any bills in protest at state-imposed vaccine mandates. Current legislation stuck in limbo includes a bill cracking down on class-action litigation funding, but will remain on the sidelines despite direct pleas from Prime Minister Scott Morrison. Senators Alex Antic and Gerard Rennick “were among five Coalition senators who crossed the floor on Monday to vote for a One Nation vaccine anti-discrimination bill that would have overridden state government vaccine mandates that apply to workers and customers in retail and hospitality, the services industry, sport, health and quarantine. The bill was crushed by 44 votes to five,” the AFR reports.

3. OPEC+ flexes its muscles; issues warning to primary oil consumers
Plans by the world’s largest oil consumers including the US, China, India, Japan and South Korea to release strategic oil reserves as a ploy to stem the tide of rising oil prices has stirred backlash from OPEC+. Delegates of the oil exporting entity said the release of millions of barrels from the inventories of their biggest customers is unjustified by current market conditions and the group may have to reconsider plans to add more oil production when they meet next week. “For Biden, the coordinated release would mark a diplomatic win for the U.S., especially given the involvement of China,” Bloomberg reports. “It also shows that in an inflationary environment, where prices of everything from cars to meat are rising, large economies have a lower pain threshold for oil prices.”

4. Beachgoers set for a frustrating summer
The Bureau of Meteorology is set to announce a La Nina event for the Pacific, meaning we are in for a cool and damp summer ahead for much of the nation’s northern and eastern regions. The announcement comes as Australia’s first tropical cyclone, Cyclone Paddy, forms this season near Christmas Island. “During La Niña years, the east to west trade winds blowing across the equatorial Pacific strengthen. These effectively push rain systems westwards and raise the chance of flooding, and also lift relative sea level in the western Pacific,” The Guardian reports.

5. ASX to rise as US market responds kindly to Powell reappointment
ASX futures were up 20 points, or 0.3%, to 7373 near 7.15am AEDT. The local currency was little changed. The Bloomberg dollar spot index rose 0.5 per cent, signalling that the US dollar’s dominance is intact for now. News of Powell remaining at the helm saw the Dow Jones up 0.8% and the S&P 500 +0.7%. The Nasdaq slipped 0.2%.