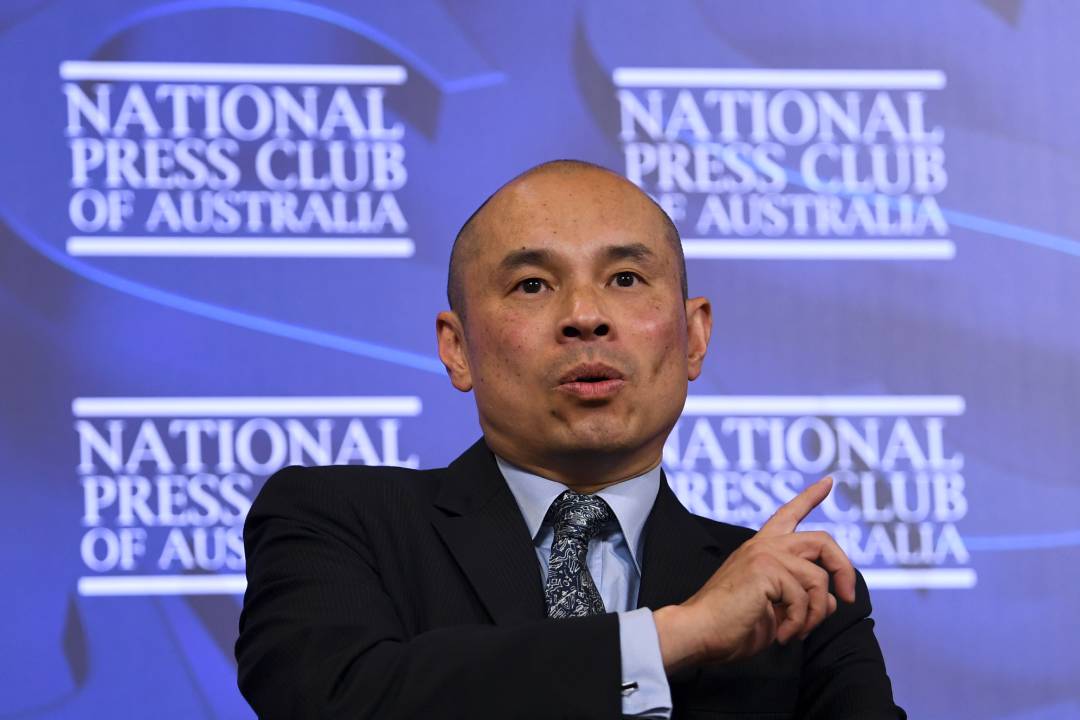 1. Chinese Diplomat accuses Australia of “sabre wielding” over AUKUS deal
Australia is the “naughty guy” according to leading Chinese Diplomat Wang Xining, who warns that “Australian’s should be worried” as the involvement in the AUKUS submarine deal tarnishes the nation’s peace-loving reputation. Wang said people of his age in China saw Australia as a peace lover, “but nowadays people know that a nuclear-powered submarine is designed to launch long-range attack against a target far away”.

“So who are you going to attack? You are no longer a peace lover, a peace defender, you become a sabre wielder in certain form,” he said.

2. RBA fires warning at retail crypto investors
The RBA has cautioned crypto investors in Australia that they risk holding speculative assets such as Bitcoin with “niche” uses that could lose most of their value. “I think there are plausible scenarios where a range of factors could come together to significantly challenge the current fervour for cryptocurrencies, so that the current speculative demand could begin to reverse, and much of the price increases of recent years could be unwound,” said RBA’s head of payments, Tony Richards.

3. Market to experience immediate impact if Brainard elected new Fed Chair
Federal Reserve Chair Jerome Powell was seen as a shoo-in for renomination just a few short weeks ago, but now there’s a chance Fed Governor Lael Brainard could take his place. Policy strategists say it’s more likely Powell will retain his post, but if Brainard is chosen by President Joe Biden, the market could see her as more dovish. Experts anticipate the market to move quickly if Brainard is nominated to price in an easier Fed, that could raise interest rates more slowly.

4. Biden must overcome obstacle in Asia in his quest for major oil reserves
The Biden administration is targeting key crude oil reserves in its bid to reduce the commodity’s prices and hence tackle US inflation. However, “Dwindling inventories and concerns over energy security in key Asian economies may hamstring U.S. efforts to arrange for a sizable and coordinated release of strategic crude reserves,” Bloomberg reports. The bulk of Asia’s crude oil reserves are held in China, with Beijing declaring it will release some of its inventory, although further details are yet to emerge. Still, hopes may be slim for the US as in India: Government-owned strategic crude stockpiles currently at about 3.5 million tons (or about 26 million barrels); equivalent to less than a week of India’s consumption.

5. ASX set for slight uptrend thanks to big-tech rally on Wall St
A bullish run for mega-cap US tech stocks such as Nvidia overnight could bolster enthusiasm for an otherwise lacklustre open for Australian shares. ASX futures were up 4 points or 0.1% to 7371 near 7am AEDT. The AUD is also up 0.1%. Bitcoin is trading near $US58,000, losing more than 10% of its value this week. The tech rally saw the Nasdaq up 0.4%, while the Dow dropped 0.1%. The S&P 500 finished +0.3%.