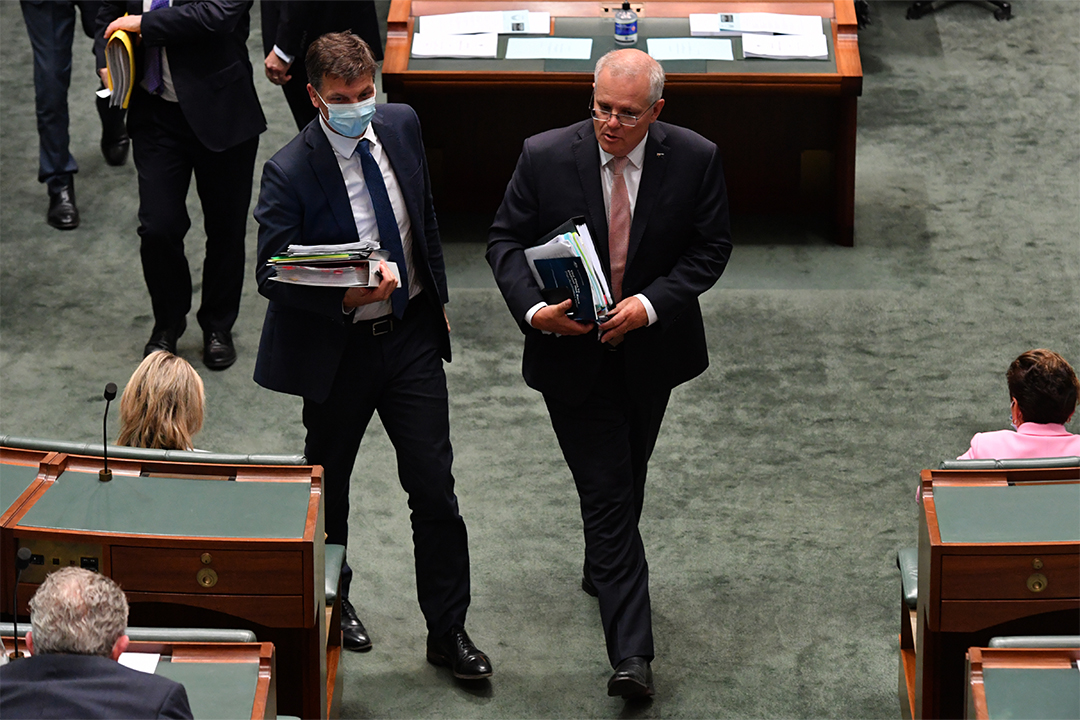 Federal Minister for energy and emission reductions Angus Taylor says the Nationals have not yet agreed to the entire list of compromises put forward by the Morrison government so it can pursue its net zero 2050 roadmap. What’s more, the emissions reduction plan in its current state has been widely criticised: “As well as the target, the government on Tuesday released an updated plan outlining their approach to achieving the transition. But that plan has been roundly criticised for its lack of detail and ambition and denounced as a ‘political scam’,” The Guardian reports.

Chinese authorities have told billionaire and founder of Evergrande Hui Ka Yan that he should personally bail out the company with his own personal wealth. “The demand that Hui tap his own fortune to pay Evergrande’s debt adds to signs that Beijing is reluctant to orchestrate a government rescue, even as the property giant’s crisis spreads to other developers and sours sentiment in the real estate market,” Bloomberg reports.

The much-maligned Crown Resorts has been allowed to retain its gaming license but serve a two-year probation period. This decision comes after Royal commissioner Raymond Finkelstein has described Crown Resorts’ conduct as “illegal, dishonest, unethical and exploitative”. According to The Australian, “The Andrews government’s response to Mr Finkelstein’s findings will force James Packer to sell down a $2.4bn stake in Crown Resorts, and Crown will be permitted to continue operating only under the supervision of inaugural IBAC commissioner Stephen O’Bryan QC as special manager”.

A key FDA advisory committee on Tuesday recommended a lower dose of Pfizer and BioNTech’s Covid-19 vaccine for children ages 5 to 11 with a near-unanimous vote with 17 backers and one abstention. “The endorsement was a critical step in getting some 28 million more kids in the US protected against the virus as the delta variant spreads,” CNBC reports. Children ages 5 to 11 account for roughly 9% of all reported Covid cases in the US, according to data presented to the committee by the FDA on Tuesday.

Both Alphabet (owners of Google) and Microsoft released their earnings reports after markets closed in the US yesterday with better-than-expected results. Alphabet’s reported revenue was over $US65bn while Microsoft’s total company revenue increased nearly 22% YoY.