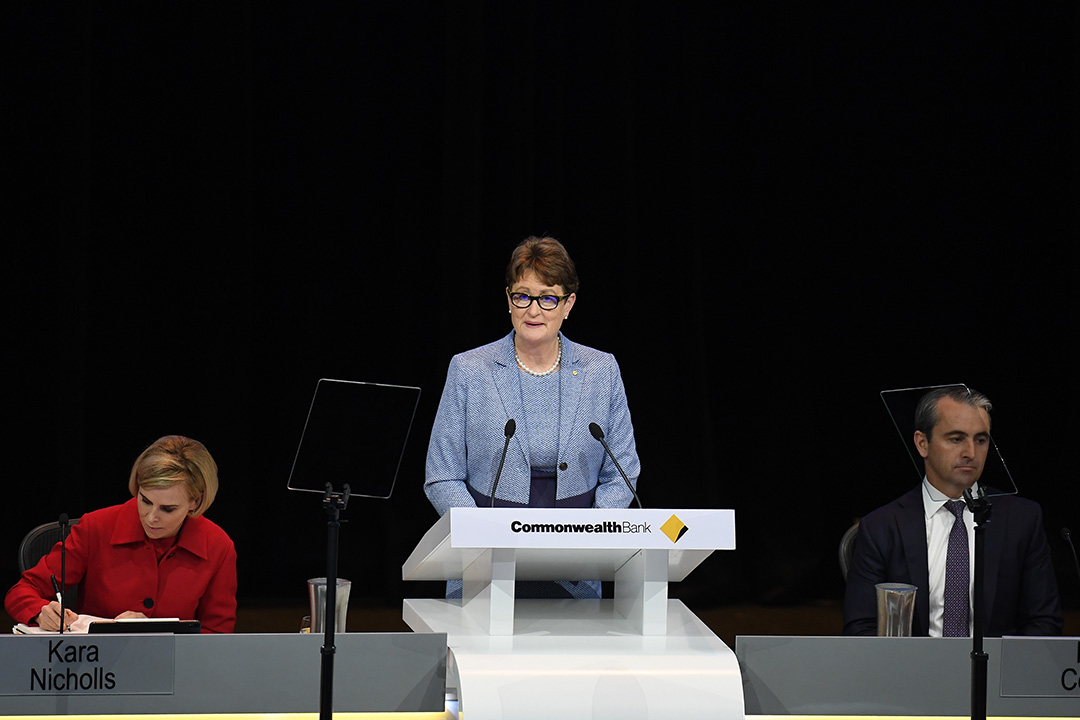 An environmental activist group called Market Forces went to CBA’s annual general meeting and demanded the bank stopped lending to coal, oil and gas companies. However, company chairman Catherine Livingstone effectively told the group it would restrict loans to high emitters but would not be told what to do by the group.

Qantas is desperate to renter its fleet into the skies but is wrestling with a new Coronavirus problem — a lack of pilots! The SMH says Qantas is facing a staffing hangover - having to retrain at least 200 pilots to ready itself for flying. This follows 238 pilot redundancies during COVID, which hit the company’s bottom line by some $70 million. Over the two years of the pandemic, the airline has lost $1.96 billion last financial year and $1.73 billion this year.

Not returning to the office

The boss of the fourth biggest bank in the US told a local conference that the workplace has changed forever. The CEO of Citi, Jane Fraser told an Australian and NZ conference that “returning to work” has become the conversation starter for everyone. In the US, employees are saying they don’t want to go back to the “groundhog day” of going to work each day. The US right now has labour shortages that no one expected, where there are seven million unemployed but 11 million jobs no one is taking because they don’t want the old job world!

The inevitable change of hands has come on the back of China’s more recent crackdowns on the crypto space, most notably outlawing the practice of Bitcoin mining. As a result, the US now accounts for 35.4% of global mining despite facing its own unique regulatory threats from government bodies such as the Securities and Exchange Commission.