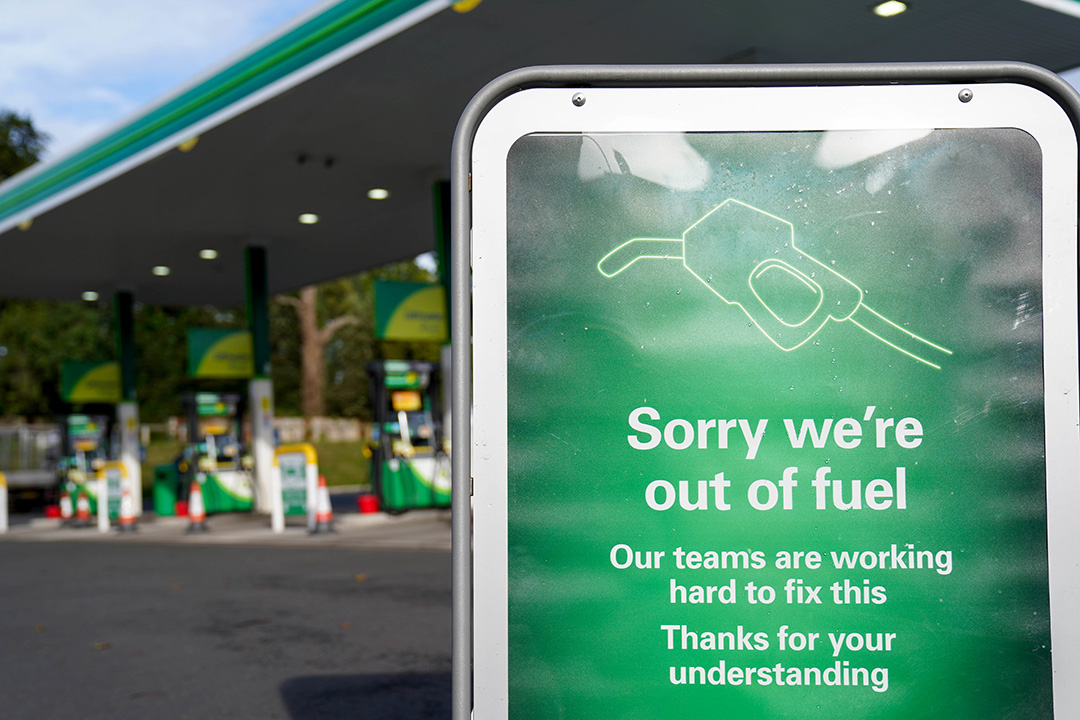 Tech stocks are bound to cop it today after the Nasdaq had its worst day since March this year. The chief cause is rising bond yields, which hurt the stock prices of tech companies more than most. The reason is rising interest rates reduces the expected future returns of these companies and therefore the stock price slides. The Dow was down 1.63% but the S&P 500, which has all the well-known tech stocks in it, dropped 2.04%. Energy stocks should do OK today with both natural gas and oil prices higher.

The UK has a petrol problem but it’s not ‘a supply of fuel’ issue, it’s something that is Coronavirus caused! The BBC explained why there’s a crisis at Britain’s bowsers: “The key issue is there aren't enough drivers to supply petrol. There’s an estimated shortage of more than 100,000 HGV drivers and petrol is only the latest industry to be hit. The lack of drivers has caused problems for a range of industries - from supermarkets to fast food chains. “There are calls for Britain’s key workers to be given priority access to fuel, as the panic buying of gasoline across the country continues.”

“Tone down your investment expectations!” That’s the conclusion from a survey from investment service Schroders Australia, which says investors are expecting their total investment returns to be 10.6% across all assets over the next five years. The Australian’s James Kirby points out that this was only 8.9% last year and investors have to wake up to the new reality. That reality says interest rates will remain low, which has to affect dividends and therefore total returns.

The SMH’s Clancy Yeates reveals what many of us have been wondering: why has Mastercard and Visa been asleep and let the likes of Afterpay and Zip eat their lunch? Now we learn from Clancy that “Mastercard will launch new technology allowing lenders around the world to offer buy now, pay later products, as instalment payments pioneered by Afterpay go mainstream.”
Big companies sometimes can be victims of their own bigness!

Woolworths wants pay rises to its executives to be linked to a new metric — doing good and raising the reputation of the company. The AFR’s Sue Mitchell says “Woolworths’ long-term incentive scheme for senior executives currently takes into account relative shareholder returns, return on funds employed and sales per square metre, in equal weight, to align executive remuneration with long-term shareholder returns.” But going forward, the sales per square metre metric will be replaced with a reputation metric, which will be independently and externally measured by RepTrack.