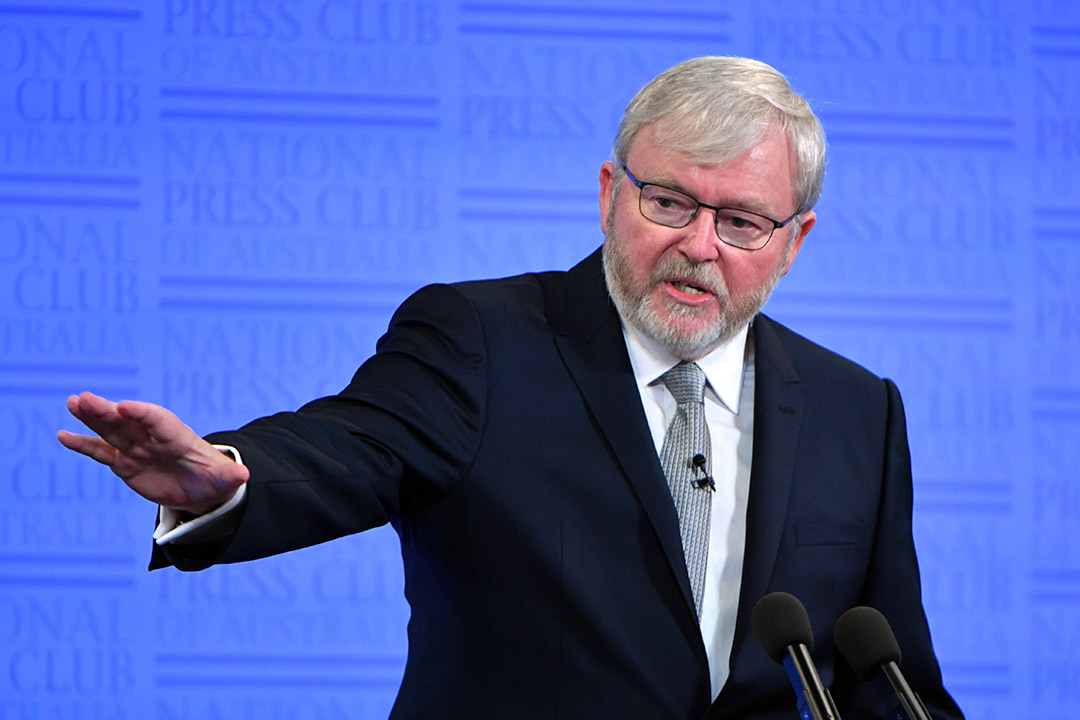 Former Prime Minister Kevin Rudd wants a super profits tax to slug our big miners. This isn’t new territory for ex-PM Kevin Rudd, who lost his Prime Ministership to colleague Julia Gillard following a backlash to his proposed mining tax in 2010. But he says with the price of iron ore at three times the level predicted in the Budget, which was $US55 a tonne, miners are ripping off taxpayers. A super profits tax could change all that, however, the Minerals Council says miners paid $39.3 billion of taxes and royalties to state and federal governments in the fiscal year 2019 and its chief executive Tania Constable said iron ore had helped support the economy through the pandemic. Also our super funds are heavily invested in our big iron ore miners and their fantastic results recently feed into our super fund balances. Don’t expect a super profits tax in our upcoming Budget, which is three Tuesdays away.

The Morrison Government has been warned — get jabbing and fast or our great economic recovery will lose steam.Top travel industry figures have warned that Australia’s economic recovery will lag behind those of Britain and the US if the vaccine rollout doesn’t pick up pace heading into winter. This comes as The Australian newspaper reported that as the Trans-Tasman bubble opened this week, “one of the leading business travel players, Corporate Travel Management, revealed it returned to profitability last month, while leisure operator Helloworld expects to turn the financial corner come December.” However, the rate of vaccinations will determine what kind of profitability shows up and this will then determine how many jobs are created in the travel sector. Flight Centre managing director Graham Turner said the US and the UK would “leave us in their dust” unless Australia gets moving with the vaccine supply and its rollout.

Landlords are taking legal action against retailers who have refused to pay their right rent following the challenges of the Coronavirus. Right now, Fortius Funds Management, a big real estate investor, is taking Solomon Lew’s Just Group to court over unpaid rent, which they think is unreasonable considering the boom in retail sales. The share price of Mr Lew’s parent company Premier Investments is up 158% since the bottom of the stock market crash because of the Coronavirus and 26% higher than it was before the virus came to town. Premier, which owns Smiggle, Peter Alexander, Just Jeans, Jay Jays, Portmans and Dotti, won more than $22 million in rent relief in the six months ending January, but landlords think the company’s rebounding profits suggest its payback time.

A hospital employee in Catanzaro, Italy is facing charges of fraud, extortion and abuse of office after allegedly failing to turn up for work while still being paid a monthly salary. The 67-year-old man was paid a total of €538,000 ($835,000) over 15 years. Six managers are also reportedly under investigation for their involvement.