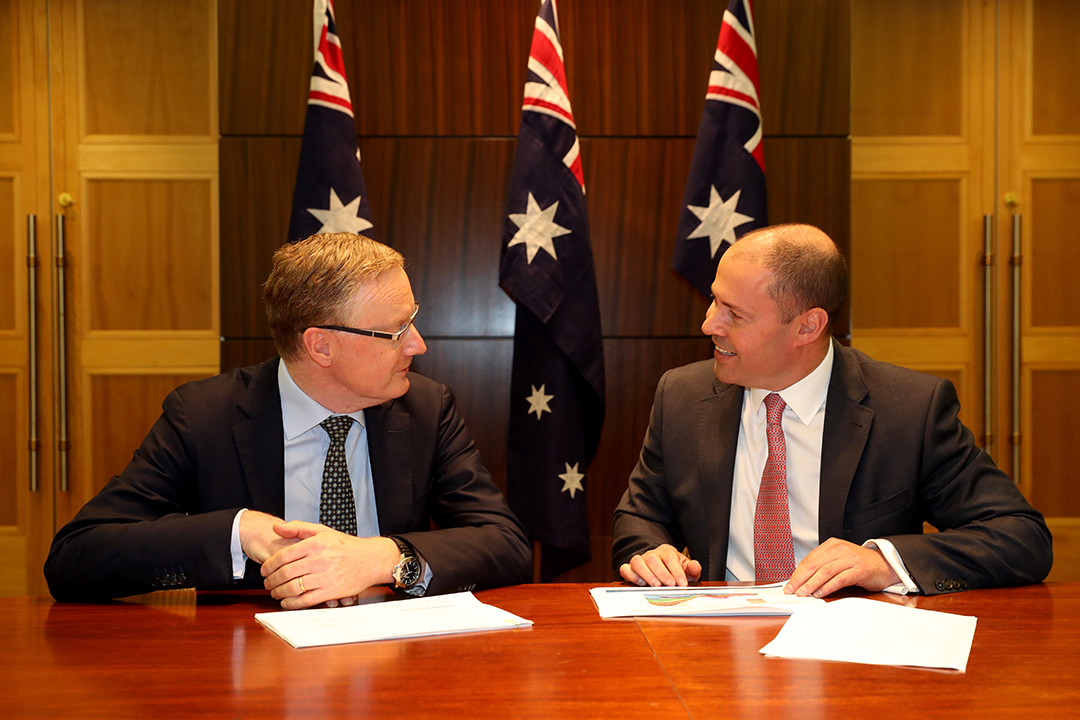 1. Josh Frydenberg has confirmed there will be no changes to the existing monetary policy agreement between the Reserve Bank and the government that sets the inflation target at 2-3%. "Not changing the statement provides continuity and consistency at this time of global economic uncertainty," Frydenberg said.

2. The Reserve Bank will hand down its latest interest rate decision at 2:30pm today, with economists predicting rates will be kept on hold this month before the next cut in February.

3. QSuper and Sunsuper are currently in "preliminary discussions" about a merger that would form the largest super fund in the country with $182 billion of funds under management. "There is an absolute responsibility on trustees to consider how to best serve their members’ interests," QSuper and Sunsuper said in a statement.

4. Scott Morrison and Chinese Premier Li Keqiang have both acknowledged the two countries should work closer together after the two leaders met in Bangkok on the weekend. "We recognise we have a great relationship but we know it can be better," Morrison said.