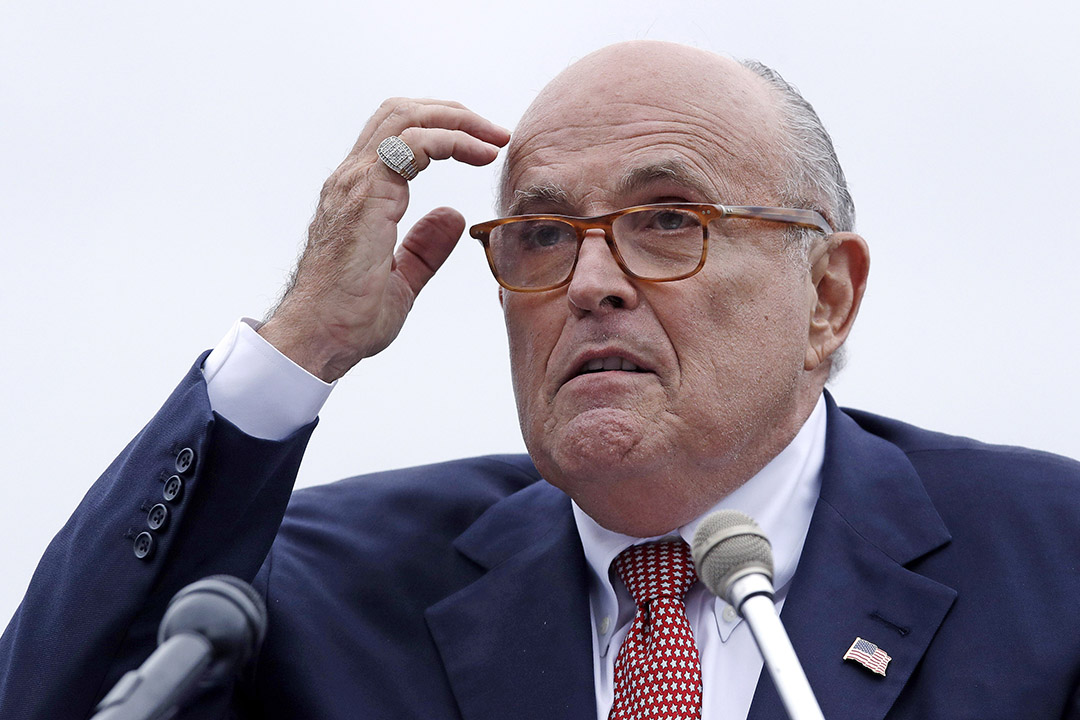 1. How the mighty can fall. Associated Press says one-time legendary New York Mayor and now Trump legal advisor, Rudy Giuliani, has been ‘gotcha’d’ by Sacha Baron Cohen's latest mockumentary film, which is a sequel to Borat.

The report says Rudy was “shown with his hand down his pants after flirting with an actress playing a young woman pretending to be a television journalist in a scene in, a sequel to his hit Borat film.

The scene shot in a New York hotel room in July — which resulted in Giuliani calling police — includes a moment when Giuliani is seen lying on a bed with his shirt untucked and his hand down his pants with the young woman nearby.”

The report says: “Giuliani went to the hotel room thinking he was being interviewed about the Trump administration's COVID-19 response. The young woman is flirtatious with him and invites him to the bedroom, which is rigged with hidden cameras.”

Will this be portrayed as fake news? Or is it fake news? Ahead of a US election the usual greatest casualty is the truth, as the rest of the world would know it!

2. Could super be used to buy a home? The Australian’s Robert Gottliebsen says there might be some new age super thinking about helping young Australians buy a home. “For young people, let’s revisit the idea that, on a restricted basis, some of their superannuation could be used to help them own a home,” he wrote today. “Owning a dwelling to live in is probably the best single long-term step anyone can take to fund retirement. The idea of using superannuation to help both current living and retirement this way is abhorrent to the superannuation movement. But they have to start thinking not only about helping their members move towards retirement but engaging younger people in supporting superannuation.”

Super funds would hate this but it’s not an idea that should be torched because the loudest voices prevail, when it comes to finance and super.

3. More crazy recession data! Peter Switzer has called this the “craziest recession ever” with house prices rising in most cities and only falling by small amounts in Sydney and even Melbourne. Insolvencies are at historic lows, consumer confidence is at 20-week highs and now we learn from the AFR that there has been a “Steady increase in financial comfort…” according to a Melbourne University survey!

Mat Cranston writes: “The findings come after the record federal budget with its $50 billion in tax relief for businesses and low and middle-income earners.”

And proving that craziness prevails, Matt says “the survey found that despite the fiscal boost from the federal budget, satisfaction with government policies to support jobs was trending down.”

4. Westpac has announced it will sell its 10.7% stake in Zip Co following the announcement on Tuesday of a new partnership between the bank and Afterpay that will allow the buy now, pay later company to offer banking services to its customers.

“We are continuing to explore opportunities with Zip, including working to integrate their buy now pay later functionality into our mobile banking apps across Westpac and our Regional bank brands,” Westpac’s chief information officer Gary Thursby said.