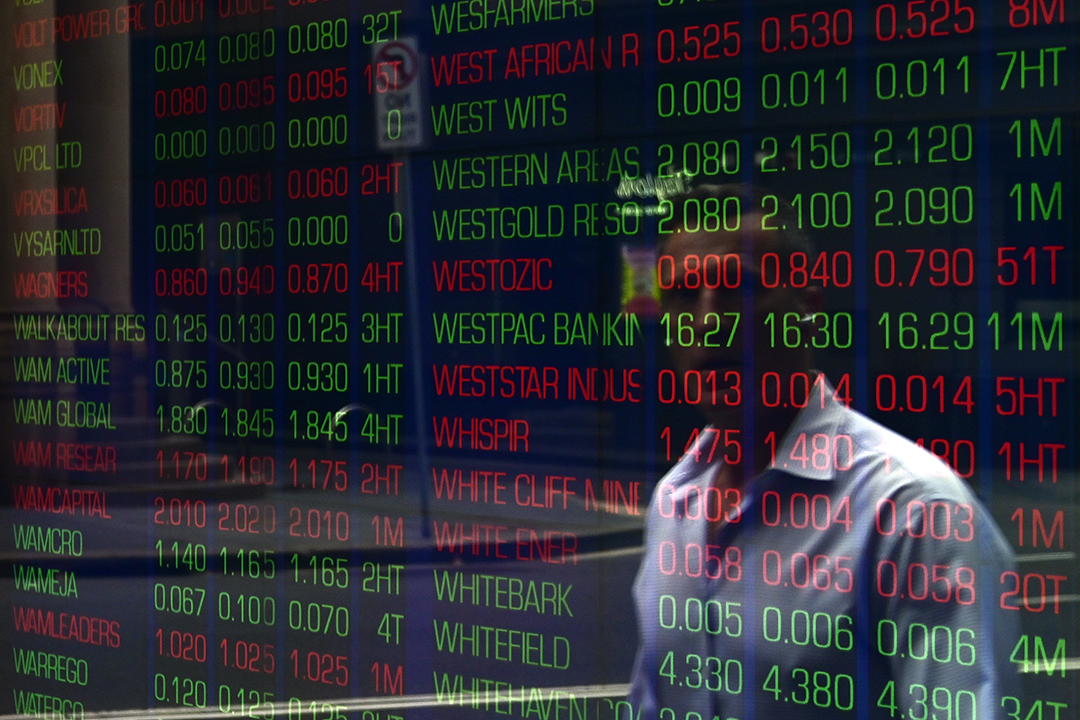 Global shares fell over the past week amidst a long worry list including the US debt ceiling, the impact of power shortages and rising bond yields. Despite a bounce in US shares on Friday helped by promising reports regarding a covid treatment pill, for the week US shares fell -2.2%, Eurozone shares fell -2.8% and Japanese shares lost -4.9%. Chinese shares rose 0.4%. Global weakness saw Australian shares lose -2.1%. September lived up to its name of being a bad month for shares with the month seeing US shares down -4.8%, global shares down -3.8% and Australian shares down -2.7%. For the week bond yields rose, oil prices rose, iron ore prices were mixed and metal prices fell. The $A fell slightly as the $US rose.

While a US Government shutdown has been avoided, the US debt ceiling needs to be lifted by around 18 October (to avoid the US Government defaulting on its spending commitments) – this may be a white knuckle ride up until the deadline but neither side wants to be seen as responsible for a Government default. The Democrats can raise it through regular legislation if they cut a deal with Republicans or moderate Democrats to allow it to pass with just a simple majority or as part of the budget reconciliation process (which also only requires a simple majority). But a share market riot may be needed to get this resolved.

The Biden Administration’s $550 billion infrastructure spending and $3.5 trillion Build Back Better spending packages – to get these packages passed will require a cut back in the size of Biden’s $3.5 trillion package to around $1.5-$2 trillion in order to get moderate Democrat support. Democrat progressives seem to have become the Democrat’s version of the Tea Party but ultimately a compromise between progressives and moderates is likely rather than face total defeat.

Energy crisis in Europe and China

The energy crisis in Europe and China is adding to supply bottlenecks and stagflationary pressures. In Europe it’s about Russia restricting its gas exports (for political reasons and to rebuild stocks) and in China it’s about power outages (mainly reflecting carbon emission controls and a shortage of coal). Both will raise prices and cut growth. However, both can be resolved politically as pressure builds.

China Evergrande is yet to be resolved – but Evergrande is not “too big to fail” (it may account for 5% of China’s $US bonds but it’s only 0.1% of Chinese bank debt) and a restructure is most likely. Evergrande shareholders and management won’t be bailed out but suppliers and home buyers are likely to be protected to limit economic damage.

Rising bond yields – providing they reflect stronger growth and not a permanent inflation surge they should be okay for shares. But too rapid a rise can create indigestion & ongoing supply constraints risk keeping inflation up for longer.

In short, the risk of a more severe correction reflecting these worries remains high – particularly with seasonal weakness for share markets running into mid-October in the US and into November in Australia. So far from their recent highs to recent lows, US and global shares have fallen about -5% and Australian shares have fallen -6%. Being highly sensitive to the global growth cycle the Australian share market is more vulnerable to some of these worries than US shares.  However, ultimately we see the issues being resolved in a way that does not severely threaten global growth and so with global monetary policy likely to remain relatively easy for some time we continue to see the broader trend in shares remaining up. Reopening will also help local shares.

German election – more of the same or easier fiscal policy. The German election saw the Social Democrats win more votes (25.7%) than the governing CDU/CSU (24.1%). Coalition talks are now underway and may take a while with the most likely outcome being an SDP/Green/FDP coalition or failing that a coalition between the Social Democrats and Christian Democrats. The former means easier than otherwise fiscal policy but with the FDP constraining less business-friendly Green policies and both mean ongoing support for the Eurozone. So it’s likely either a positive for shares or neutral. While the decline of the centrist establishment parties continued it has not been to the benefit of populists with the far right AFD and the far left seeing a decline in support at this election.

New global coronavirus cases are continuing to trend down with most regions seeing a flat or falling trend. This includes the US where new cases in the South and West are continuing to fall. The decline in new cases in South America and Africa suggests Delta may not have been as contagious as first estimated.

In a potential breakthrough, a new Merck drug that reduced the risk of coronavirus hospitalisation and death in clinical trials by 50% holds out the promise of further beating back covid. Meanwhile, vaccines are continuing help prevent serious illness. Hospitalisations and deaths remain subdued compared to previous waves in Europe and the UK. Deaths in the UK (red line in the next chart) are running at less than 20% of the level that might have been expected on the basis of the last wave (dashed line). And Israel is seeing a slowing in new cases, hospitalisations and deaths, helped by booster shots.

47% of people globally and 72% in developed countries have now had at least one dose of vaccine.

The key risks to watch out for are:

• a renewed spike in cases in developed countries into the northern winter as recently seen in Israel and Singapore which highlights the need for very high vaccination rates, booster shots and possibly some ongoing restrictions to prevent too many getting coronavirus at once;

• the low coverage in poor countries; and

While new cases are falling in NSW, they have surged in Victoria risking a delay in reopening and new cases are threatening a snap lockdown in Queensland.

The good news is that 63% of Australia’s whole population has now had at least one vaccine dose and in NSW its now 70%. The next chart shows a projection of when NSW, Victoria and Australia will meet adult vaccination targets for one dose based on an extrapolation of vaccination rates seen in the last 7 days. For first doses, NSW is through 80% and will reach 90% around 7 October, Victoria is now through 80% and Australia is through 70% and will reach 80% on 5 October.

On the basis of this projection the following table shows roughly when double dose vaccination target dates will be met based on the current lag between 1 and 2 doses. NSW will hit the 70% of adults target around 5October, Victoria around 29 October and Australia on average around 24 October. At the current rate Australia could hit 80% of the whole population fully vaccinated by 17December – which is nearer to what we should ideally be aiming for, given the risks.

NSW is on track to “start” reopening on 11 October, Victoria in late October/early November (cases permitting) and the ACT by mid-October. However, as the experience in Singapore (that has seen new cases surge to around 2,000 a day) and Israel has shown, the key is that the reopening is gradual until even higher vaccination rates are met and so new cases can be spread over time so as to avoid a sudden surge which overwhelms the hospital system necessitating a return to tougher restrictions which would result in a setback for the economy.

Vaccination is continuing to help keep serious illness down. Coronavirus case data for NSW shows that the fully vaccinated make up a low proportion of hospitalisations. While 11% of covid deaths occurring amongst fully vaccinated people may seem concerning just bear in mind that about 80% of those most vulnerable to die from coronavirus are fully vaccinated.

The level of deaths is running at around 20% of the level predicted on the basis of the previous wave. That means the vaccines are helping save roughly 50 lives a day at present.

Our Australian Economic Activity Tracker remains well down from its June high, but it’s continuing to edge higher partly reflecting regional lockdowns being eased, suggesting that Australian economic activity has probably bottomed. Assuming of course that there are no further major state lockdowns. Expect the recovery to gather some pace as the economy is gradually reopened through this quarter. However, given the likelihood of high coronavirus numbers through the reopening and only the vaccinated being able to initially participate in reopening in currently locked down states, this recovery will likely be far more gradual than was the case following last year’s lockdowns. Our US and European Economic Activity Trackers have held at reasonable levels.