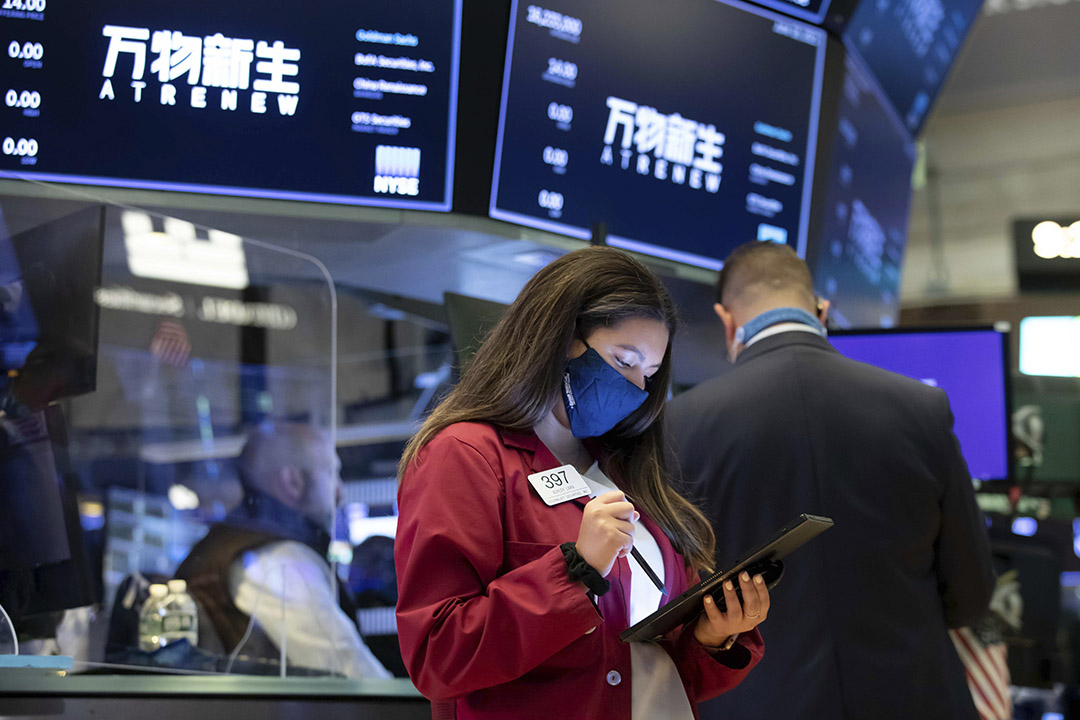 Shares, shutdowns, vaccines and all you need is love!

US shares fell sharply on Friday dragging them down 1.9% for the week as a whole, as the Fed’s hawkish surprise earlier in the week weighed on cyclical reflation trades and inflation hedges. This also saw Eurozone shares fall 1.2% for the week. Chinese shares also fell 2.4% but Japanese shares rose 0.1% having missed Friday’s decline in the US share market. Australian shares also missed out on Friday’s US decline and saw a strong week with the ASX 200 rising to a new record high, although this was led by IT stocks, with resources stocks down. Bond yields fell slightly in the US but rose elsewhere reversing some of their recent decline. Oil prices rose but metal, iron ore and gold prices fell not helped by a rebound in the US dollar and the rotation out of cyclical stocks. The rebound in the US dollar also weighed on the $A.

Way too early to get bearish

The drumbeat of central banks looking to start slowing monetary stimulus continued over the last week with the Fed surprisingly hawkish and the RBA heading in that direction albeit slowly. But while this could drive a correction in share markets, it’s way too early to get bearish in a cyclical sense. The move back from stimulus started amongst developed country central banks several months back with the Bank of Canada, then the Bank of England followed by the RBNZ and the Bank of Korea. The Fed has been gradually getting there in relation to tapering its QE program, but it was more evident in the past week with the Fed more upbeat on the outlook. This showed up in the median expectation of Fed officials now showing two rate hikes in 2023 from zero after their March meeting. See the next chart. While Fed Chair Powell played down the importance of the so-called dots and noted that substantial further progress was “still a ways away” he did say that the Fed is now “talking about talking about tapering.” Our view is that formal taper talk is likely to start at next month’s Fed meeting with actual tapering likely to start late this year or early next and that 2023 for the first Fed hike is a reasonable expectation.

High probability of rate hike in next 3 years

Meanwhile in Australia, the minutes from the last RBA meeting and a speech by RBA Governor Lowe didn’t really offer anything new on the economic outlook but it did provide some insight in terms of how they are approaching their July decisions regarding whether or not to extend their yield target and their bond buying program. In terms of the former, our view is that the RBA is unlikely to extend its yield target from the April 2024 bond to the November 2024 bond because there is a now a very high probability of a rate hike in the next three years thanks to the continuing stronger than expected recovery as evident in the May jobs report. In fact, we continue to see the first-rate hike as being in 2023 and after the strong jobs numbers there is a risk it may come in late 2022. In terms of the bond buying program the RBA has already ruled out ending it in September but strong growth points to some sort of tapering of it. Our base case is that the RBA will reduce its bond buying program to $50 billion over six months (under its option iii) but note that this could be combined with its option iv to adopt an open-ended approach with more frequent reviews. The latter has the benefit of being able to better calibrate to the needs of the economy and also to what other central banks (namely the Fed) are doing in terms of quantitative easing. So the exit path for the RBA from ultra-easy monetary policy looks like this: ending the Term Funding Facility for banks this month; leaving the bond yield target focussed on the April 2024 bond; tapering the bond buying program from September; possibly ending the bond yield target next year; ahead of a first rate hike in 2023 (or maybe late 2022).

Markets could get nervous

The shift towards tapering and a pull forward in first rate hikes may cause bouts of nervousness in markets with shares vulnerable to a decent correction, but note that tapering is not monetary tightening (it’s just slower easing) and rate hikes are still a fair way off in most developed countries. Its also worth noting that through the last US taper from December 2013 to September/October 2014 shares rose. And in recent cycles the first Fed rate hike has caused a dip in US shares, but the bull market then resumed and continues until rates become onerously tight, which in this cycle may be several years away. The recent shift in tone from central banks is unlikely to signal that they are backing away from their commitments to getting inflation sustainably back in their inflation targets– rather it reflects the reality that as recovery has been stronger than expected they may meet their objectives earlier than previously expected. So, the post Fed meeting market reaction that has seen investors reversing some cyclical bets and inflation hedges is likely an overreaction even though it could continue for a while yet. Finally, its noteworthy that the ECB and BoJ are lagging well behind as their recoveries have lagged and their inflation rates are much lower.

The Australia-UK free trade deal is good news for Australian farmers, consumers of British made cars and backpackers but don’t expect a big macro-economic boost. It will take at least a year to start up and some of the tariff cuts on red meet exports to the UK may take 10-15 years to be eliminated. At most it may add around 0.2% to GDP spread over a decade, but on an annual basis it will be barely noticeable. More free trade is always better than less though.

The global downtrend in new coronavirus cases continued over the last week driven by developed countries and a continuing fall in India. The spike in deaths in the charts was due to delayed reporting in India but it’s expected to follow new cases down. However, various countries continue to see a rising trend in new cases including South Africa, South Korea.  and in some South American countries.

A rising trend in new cases in the UK driven by the Delta variant, particularly among younger unvaccinated people saw England delay the removal of final covid restrictions by four weeks and highlights the danger of reopening too rapidly before herd immunity has been reached. While 63% of the UK population has had at least one vaccine dose that still leaves a big part of the population that has not been vaccinated or has not had a second dose. With the Delta variant being around 60% more transmissible than regular covid and resulting in double the probability of unvaccinated people requiring hospitalisation it may require 80% or so of the population to be fully vaccinated to reach herd immunity rather than the 70% or so we have been working on. Fortunately, the big progress the UK has already made in vaccinating should help head off anything like the covid waves seen in the UK over the last year. Key to watch will be hospitalisations and deaths and the UK will be a bit of a test case for other vaccinated countries.

Australia continues to see a low number of cases – but some cases of local transmission are still popping up in Melbourne and there has been several in Sydney due to the Delta variant (again linked to the hotel quarantine system) which has seen the return of the mask requirement on public transport.

So far 22% of people globally and 46% in developed countries have had at least one dose of vaccine. Canada is now at 67%, the UK at 63%, the US at 54%, Europe at 45% and Australia is at 24%. The success of the vaccines continues to be evident in low new cases, hospitalisations and deaths in countries with high levels of vaccination although as noted earlier the UK has had some problems.

Australia’s daily vaccination rate remains relatively low at 0.4% of the population (see the thick line in the next chart).

Our Australian Economic Activity Tracker recovered part of its recent loss over the last week as Victoria’s economy reopened. Our US Tracker remains just below its pre-coronavirus level, and our European Tracker is continuing to rise rapidly as Europe reopens.

Maybe all you need is love Arguably the Beatles promotion of love (beyond the boy/girl) She Loves You was cemented with John’s All You Need Is Love which was released bang in the middle of the “summer of love” via a live performance transmitted by satellite. But often ignored in relation to the Beatles were their 1995 singles by Ringo, George and Paul from tapes of incomplete songs left by John. Free As A Bird was the first single but Real Love was my favourite. By then, George Martin had retired so Jeff Lynne (of ELO) was the producer having worked with George Harrison. It has a kind of unfinished feel but that’s what makes it special in my view along with the piano in the video.