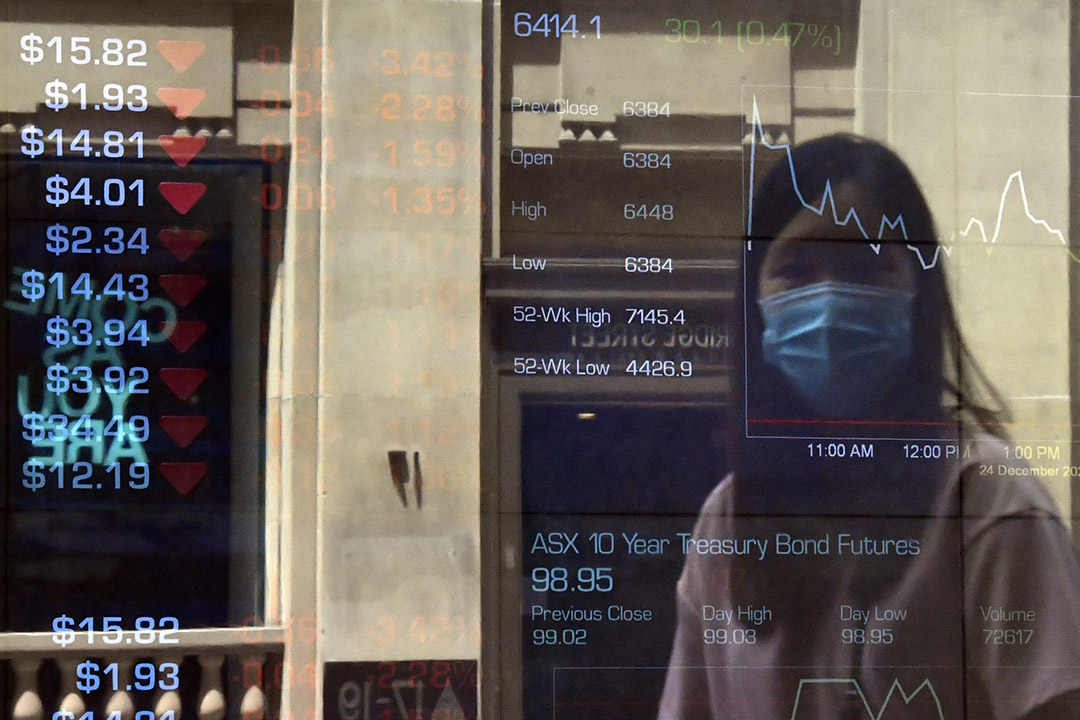 Shares, lockdowns and who was it that was so vain?

Share markets had a volatile ride over the last week on the back of worries that a resurgence of new coronavirus cases will derail the global economic recovery. US shares managed a 0.4% gain for the week as “dip buying” possibly helped by news of monetary easing in China drove a strong gain on Friday. The poor global lead along with the worsening coronavirus outbreak in Sydney necessitating an extension and tightening of its lockdown pushed the Australian share market down -0.5% for the week with sharp falls in retailers, health, IT and financial shares.

Likewise, the pull back in many share markets seen over the last week on growth and coronavirus concerns is likely also part of a correction. Shares could see more weakness in the short term as coronavirus cases rise globally and in Australia and as we come into the seasonally weaker months for shares around August/September, but the rising trend in shares led by cyclical trades is likely to resume into year-end as rising vaccination allows the economic recovery to continue at the same time that interest rates and bond yields remain low. In fact, falling bond yields are seeing share valuations improve again.

In terms of central banks, several developments over the last week indicate they are not rushing to the exits from easy money and are far from hawkish. Some are even going the other way:

The past week saw a further rise in new coronavirus cases globally with a big proportion due to the more contagious Delta variant. Investors are right to be concerned about another coronavirus scare and this could be the trigger for further share market falls – but the key is what happens to hospitalisations and deaths in countries that are well down the vaccination path. So far so good,which means that the vaccines are most likely providing a path to a sustained reopening in which coronavirus may still circulate but it does not cause serious illness and overwhelm healthcare systems.

The latest upswing is mainly in relatively lowly vaccinated regions and countries like South East Asia, South Korea, Bangladesh, South Africa, Russia and Mexico and so if hospitalisations and deaths are to be minimised such countries have little choice but to impose lockdowns (like Australia).

But it’s also continuing to become more evident in countries that are more advanced in terms of vaccination – notably the UK, Europe, Israel, and in the US (with around 33 states are now seeing rising trends).This could be a problem as these countries are still yet to reach herd immunity (say 80% of people fully vaccinated). And this may be a particular risk for unvaccinated people (the proportion of which is still high in some US states especially with the vaccination rate having slowed in the US). What’s more while its mainly younger unvaccinated people that are being infected (running the risk of a surge in “long covid” cases), some vaccinated people are too.

Will there be global lockdowns?

However, the risk of a return to lockdowns and a derailing of the recovery in more vaccinated countries is low compared to previous waves. First, while the vaccines are generally less effective against infection from the new variants, various studies show that they are highly effective (ie 90% plus) against serious illness necessitating hospitalisation. Second, most older more at risk people have been already been vaccinated. So far so good with deaths and hospitalisations remaining low in the UK and Israel despite the rise in new cases and this remains the key to watch going forward. This explains why England feels confident to proceed with the removal of all distancing restrictions on July 19. It would be nice if it, the US and Europe were closer to herd immunity. But put simply its relatively high level of vaccination particularly amongst older people is enabling it to bet than it can live with coronavirus circulating in the community without causing major problems for its health care system and excess deaths as seen last year. The UK will be a key test case for Australia to watch.

What about Aussie vaccinations update?

Australia’s daily vaccination rate remains low at 0.5% of the population. But it has picked up a bit and with global vaccine production ramping up and more Pfizer and then Moderna vaccines scheduled to arrive in Australia (eg, Pfizer doses are expected to ramp up from 350,000 a week to 1 million), it will accelerate in the months ahead.

Of course, Australia is still a relatively lowly vaccinated country, which has meant that lockdowns are necessary to control the spread of coronavirus to limit pressure on the hospital system and prevent deaths following the latest outbreaks. The good news is that the snap lockdowns in Darwin, Perth and Queensland all ended very quickly because they started early when the number of local new daily cases was low (at 1-5) and so they were quickly able to bring new cases down enabling the lockdowns to be ended pretty quickly.

Unfortunately, the Sydney lockdown started later in terms of new daily cases (averaging around 20 a day over the 3 days up to the start of the lockdown) and so far, has been relatively light as far as lockdowns go (with much retailing still open) and so is taking longer to work having already been extended to three weeks. So, it makes sense that the Government has toughened it. It should still be relatively short compared to those seen overseas and the Victorian lockdown that started in July last year (when there were over 60 new cases a day) but - with new daily cases, the positive testing rate and new cases not isolating while contagious all yet to peak – it’s looking increasingly likely to be extended beyond Friday 16th July. Some modelling suggests it may need to be tightened further and may have to run for another four weeks or so. Victoria of course learned the lesson of July last year by starting its May lockdown when daily new cases were running at a relatively low 10 and was rewarded with coronavirus coming under control relatively quickly and so its lockdown was limited to two weeks. Unfortunately, NSW failed to learn that lesson.

Economic impact of these lockdowns

The economic impact is now clearly evident in our Australian Economic Activity Tracker which fell again over the last week reflecting further declines in restaurant and hotel bookings, mobility and retail foot traffic mainly in NSW. Our rough estimate is that the Sydney lockdown is costing $1bn a week meaning that if it runs for the three weeks as currently scheduled then it will cost $3bn. Added together with the Victorian lockdown in May-June costing around $1.5bn and another $0.5bn from the recent lockdowns in Perth, Queensland and Darwin it means a hit of around $5bn spread across the June and September quarters. If the NSW lockdown ends soon and things bounce back reasonably quickly as they have after past lockdowns (see the next chart) then the economic impact will be pretty small for the September quarter and the Australian economic recovery won’t be significantly disrupted, with growth being a bit weaker than our forecasts for 0.9% and 1% respectively in the June and September quarters but rebounding in the December quarter to still be near our forecast of 4.75% through the year.

However, if as appears increasingly likely the Sydney lockdown is extended much beyond the current three weeks it will progressively cause more damage. For example, another 4 weeks will see the economic cost blow out to $7bn and take longer to recover from. This could flatten September quarter GDP and even allowing for a strong December quarter NSW driven reopening rebound could see through the year GDP growth pushed down to around 4% (which in turn would slow progress in reducing unemployment). A further extension and tightening of the lockdown would require more government lockdown assistance in order to minimise the economic impact. Fortunately, banks are already offering debt repayment deferrals for affected small business and home loan customers which will, as we saw last year, limit defaults and any negative impact on the property market.

Who was it that was so vain?!

A few years ago, I rediscovered Carly Simon who penned excellent songs such as Anticipation. Maybe she provided inspiration for some Taylor Swift songs and here they are together with You’re So Vain. Like many I used to wonder who it was about but Carly has revealed that “the second verse is Warren (Beatty)” but that the rest of the song refers to two other men. But they have not been revealed.