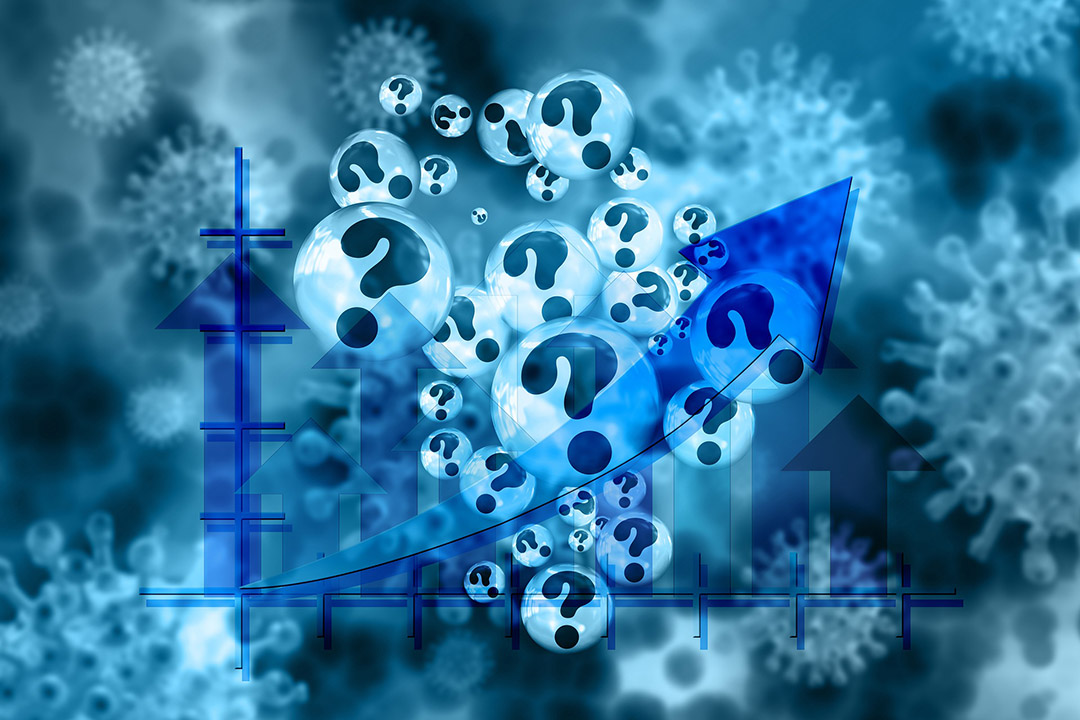 Share markets rebound, covid update and Elvis getting his mojo back

Share market indexes mostly managed to look through coronavirus concerns over the last week and rebound helped by good US earnings and dovish guidance from the ECB. The positive global lead also helped push up the Australian share market to a new record high, despite expanding lockdowns, with strong gains in lockdown winners like health and IT offsetting weakness in resources stocks. The $A fell as the $US rose further. And Bitcoin had a bounce as celebrity influencers Elon Musk, Jack Dorsey and Cathie Wood reportedly said nice things about it!

Despite their bounce of the last week shares remain at high risk of a short-term correction as coronavirus cases rise and the inflation scare continues and as we come into seasonally weaker months for shares, but the rising trend in shares led by cyclical trades is likely to resume into year-end and continue next year as rising vaccination allows economic recovery to continue as interest rates and bond yields remain low.

New coronavirus cases globally are continuing to rise again. There are now over 500,000 new cases a day, making Australia at around 160 a day look like a bit of a non-event.

Lowly-vaccinated countries have little choice but to tighten restrictions and enter lockdowns (unless they want to see their healthcare systems overwhelmed) – and this still works against the latest variants, including Delta as evident in new cases rolling back down in South Africa, South Korea and Taiwan (which has seen daily new cases fall back from over 600 a day to single digits such that its now moving to gradual reopening – which is a positive sign for NSW, albeit it has taken two months in Taiwan but we are at a lower daily case count).

But it remains a different situation in the more vaccinated UK, US and Europe. All are now seeing rising new cases. See the next three charts. But it’s also apparent that hospitalisation and new deaths are tracing out are far more subdued this time. This is consistent with vaccines being 90% plus effective in preventing the need for hospitalisation and deaths even though they’re less effective in preventing infection (61% for AstraZeneca and 82% for Pfizer/Moderna with respect to Delta) and only 47% effective in preventing onwards transmission (based on UK data). It can also be seen in the US with per capita new cases and hospitalisations in the top quartile of vaccinated states running up to 25% below that in the bottom quartile of vaccinated states.

Of course, these countries could still run into trouble. They have yet to reach herd immunity - which is likely to be at least 80% fully vaccinated in relation to Delta - with some US states lagging badly. So they could still have a problem if new cases unrestrained by social restrictions continue to ramp up rapidly amongst the unvaccinated (a rough estimate is that 14 to 26 million people in the UK may have no immunity due to prior exposure or vaccine) and some vaccinated stressing the hospital system and necessitating the return of some restrictions. For example, if daily new cases in the UK surge to say 100,000 a day that would mean around 9,100 extra hospitalizations a week (based on the rate of hospitalisation since June). However, with older and more at-risk people close to fully vaccinated in theory this should be manageable with restrictions rather than a return to hard lockdowns. And so, the recovery would then be able to continue. But it does mean a potentially uncertain period of high case numbers until vaccination rates plus natural exposure take these countries to herd immunity. In the meantime, these charts bear monitoring.

On the latest count 28% of people globally and 56% in developed countries have had at least one dose of vaccine.

Australia’s vaccination rate – see the thick line in the next chart – is accelerating again likely reflecting the arrival of 1 million doses of Pfizer a week and as vaccination hesitation has fallen in the face of the latest outbreaks and lockdowns.

But while Australia’s vaccination rate is picking up, it remains low and will likely take until early next year to reach herd immunity of around 80% vaccinated. So this leaves us with little choice but to stick to distancing and lockdowns to control the spread of coronavirus to limit pressure on the hospital system and prevent deaths following the latest outbreaks. Which is what our states have been doing. Lockdowns that are hard and start early when new cases are running around 1 to 10 a day are successful earlier in pushing new cases back down and so can usually end within two weeks with minimal economic impact. Whereas lockdowns that start later take longer to work with higher economic and health costs – which is what NSW is now experiencing, and this has been made worse by the two to three times more contagious Delta variant.

While new cases in Australia remain very low by global standards, they are continuing to rise.

And unfortunately, in NSW, new local daily cases and new cases in the community while infectious (however defined) have risen to new highs, despite having had four weeks in lockdown. It’s looking highly likely that the NSW lockdown will be extended for another two weeks into mid-August (which we have been assuming anyway) and possibly to the end of August. Meanwhile, the Victorian lockdown has been extended (but note that it has been seeing far few new cases infectious in the community) and South Australia has entered another lockdown (but it started with far fewer cases in the community, so it should end earlier).

Economic impact of these lockdowns

The economic impact of the expanding lockdowns is now becoming more evident in our Australian Economic Activity Tracker, which had another leg down over the last week.  Fortunately, it’s still not seeing the precipitous collapse seen going into April last year because other states are providing an offset to NSW and businesses and households have found more ways to cope through lockdowns. That said we may see further softness in the week ahead.

The extension of the Victorian lockdown (costing nearly $1 billion a week), the new South Australian lockdown (costing around $280 million a week) and the tougher lockdown rules in NSW and its extension to regional areas indicate that the total cost of the lockdowns will now be around $12 billion, with most of the impacting September quarter GDP. This will likely now take it negative at around -0.7%. But this assumes the lockdowns outside NSW are short and NSW’s lockdown ends by mid-August after which activity rebounds. Assuming a 1.8% reopening rebound in the December quarter, this will leave growth through the course of 2021 at around 3.3% year on year, which is revised down from our forecast prior to all the latest outbreaks of 4.8%yoy. Assuming only short snap lockdowns from next quarter and then the attainment of herd immunity through increased vaccination early next year, allowing an end to lockdowns through 2022, then 2022 growth is likely to be about 1% stronger than previously expected, compensating for weaker growth this year. But that’s a long way off!

What’s the risk of recession?

What’s the risk of recession - in terms of two negative quarters for GDP in a row? With September quarter GDP growth likely to be negative, recession could occur via two ways. First, if the lockdowns at the end of the last quarter drag it negative (as occurred in the March quarter last year). This is possible but it seems unlikely as retail sales still rose in the quarter and the lockdowns did not cover all of Australia unlike last year.

Second, if the current lockdowns spread around Australia and last into the December quarter weighing it down two. This is a higher risk but note that lockdowns in other countries battling Delta (eg, Taiwan) have been successful after a few months and they have had higher numbers. Overall, we rate the risk of a renewed recession as being around 25%. That said it’s semantics in the sense that it’s not a recession in the traditional sense of the word and as we saw last year growth rebounds on reopening. Apart from coming down hard on covid outbreaks, in the absence of vaccines, one way to help ensure there is a strong rebound in the December quarter upon reopening is to increase the amount of government assistance to businesses and households. Ideally this should entail the return of JobKeeper at its original level for those who have lost more than 20 hours a week, conditional of course on businesses retaining their staff. The longer the lockdowns go on, the more this will be necessary.

While the news around coronavirus and lockdowns is depressing here are six reasons for optimism:

Elvis getting his mojo back

As the 1960s wore on, Elvis Presley’s career seemed to stagnate, with 3 films a year often with a similar theme and a few often lightweight singles from them. They were always fun to watch on a Sunday afternoon, but Elvis was languishing.

In 1968, things started to change. Live A Little, Love A Little saw a shift to a somewhat more mature romcom. But more importantly, the NBC TV special that aired in December that year saw Elvis return to form and set the stage for the return to live performing. Memories is perhaps the best ballad from that special but it was the ending that really made it special. Colonel Tom Parker wanted Elvis to sing a Christmas song, but Elvis refused and so the show’s musical director W. Earl Brown wrote If I Can Dream which catapulted Elvis into the social protest era. His version with Celine Dion is also worth checking out. It’s a bit like John Lennon’s Imagine in terms of being uplifting.