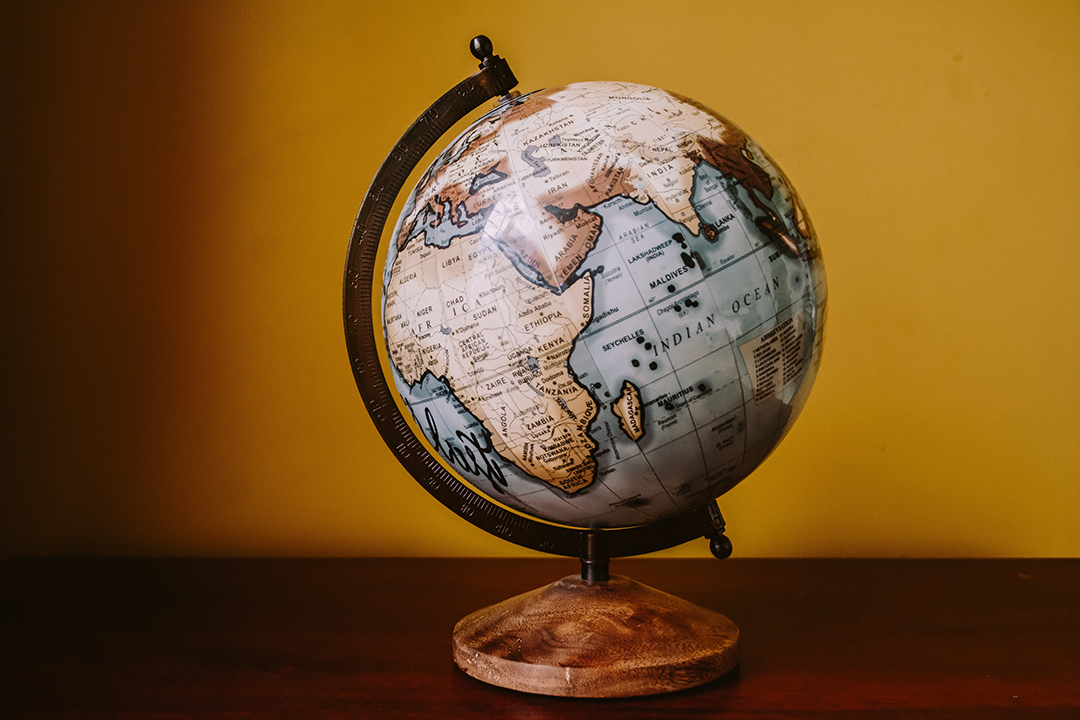 Here we go round the economic globe!

Global share markets rebounded over the past week on indications Omicron may only result in mild cases and US inflation was not as high as feared. For the week US shares rose 3.8%, Eurozone shares rose 2.6%, Japanese shares rose 1.5% & Chinese shares gained 3.1%. The positive global lead and continuing RBA dovishness on interest rates also pushed the Australian share market gain 1.6%. Reflecting the risk on tone bond yields, metal prices, oil prices and the $A all rose.

The 5% or so pull back in share markets on the back of Omicron and the Fed becoming more hawkish now just looks like it was a normal correction after markets had become overbought again. Historically share market seasonality turns more decisively positive from mid-December. Of 22 cases of negative Novembers in the US share market since 1950, 19 were followed by gains in December. Of course, much will depend on Omicron.

The bad news is that Omicron is clearly looking more transmissible than Delta (possibly 4 times more) and its likely to weaken the protection provided by existing vaccines. But the good news is that its looking like it results in milder symptoms and the loss of vaccine efficacy may be countered by a booster dose. South African data shows a surge in new cases but a milder rise in hospitalisations with a lower share of patients in ICU & on ventilators and shorter hospital stays. So far US Omicron cases have been mild in people who were vaccinated.

There is still more time required to be confident on Omicron and even if it results in a lower hospitalisation rate, hospitals could still be overwhelmed if its greater transmissibility results in many more getting it at the same time – hence there is a case to return to some restrictions (like we have seen in the UK with work from home and mask and vaccine mandates). But while this may slow the economic recovery, it would unlikely be enough to derail it. And if Omicron due to its greater transmissibility comes to dominate the other variants it could turn out to be a good thing as it could put Covid-19 on to a path to becoming like the common cold or flu.

Evergrande’s “restricted default” in relation to its $US19bn of US dollar debt is no Lehman’s moment. While investors in US dollar debt will likely suffer losses its unlikely to cause major problems: it’s been anticipated for months; a default on $US19bn in debt is in line with other global corporate defaults in recent years and small compared to Lehman’s $US140bn default; Evergrande is on a path to restructuring rather than a disorderly default on its domestic Renminbi debt; its only 0.1% of Chinese bank debt; policy makers have moved to cushion the impact on the Chinese economy by moving towards a pro-growth stance, easing monetary policy and signalling an easing in property tightening measures. So Evergrande is unlikely to pose a major threat to Chinese, global or Australian growth.

US debt ceiling pushed out to after the mid terms

Basically, Senate Republicans and Democrats agreed a deal which allows the Democrats to raise the debt ceiling past the mid terms out to 2023 without the Republicans actually having to vote for it. So the Democrats can avoid a crisis on this front and go back to resolving the Build Back Better plan and the Republicans can then campaign against “profligate spending” under President Biden in the mid-terms. All good for now but it likely means a very rough time for the Biden Administration in raising the debt ceiling again in 2023 (as by then the GOP will likely control one or both houses of Congress) – think 2011 or 2013!

No surprises from the RBA

No surprises from the RBA – dovish on rates but it will be data dependent. While the timing of when the RBA will start to raise rates remains the subject of much debate – with the RBA presumably still leaning towards 2024, possibly 2023 but not 2022 – ultimately it will be dependent on “the latest data and forecasts”. Our view remains that the economy and jobs market will be a bit stronger than the RBA is allowing for next year - pushing the unemployment rate down to 4%, wages growth up to the 3% pace its looking for and with slightly higher inflation -  thereby putting in place the conditions for rate hikes which we expect to start in November next year followed by another hike in December taking the cash rate to 0.5% by end 2022.

When I started watching The Beatles: Get Back, which saw over 60 hours of film footage of The Beatles from January 1969 cut back to nearly 8 hours spread across 3 episodes, I thought this could be boring. But when seeing McCartney and the band work on songs such as Get Back, Another Day, The Long and Winding Road, Carry That Weight, She Came In Through The Bathroom Window and George Harrison with All Things Must Pass I found that it provides an amazing insight into The Beatles at that time and how their songs came together. The original film cut in Let It Be has not been available since the 1980s reportedly because Paul McCartney and Ringo Starr were concerned about its depiction of The Beatles not getting on. Get Back presents a wider perspective.

Rest in peace Mike Nesmith – you gave use some great music!