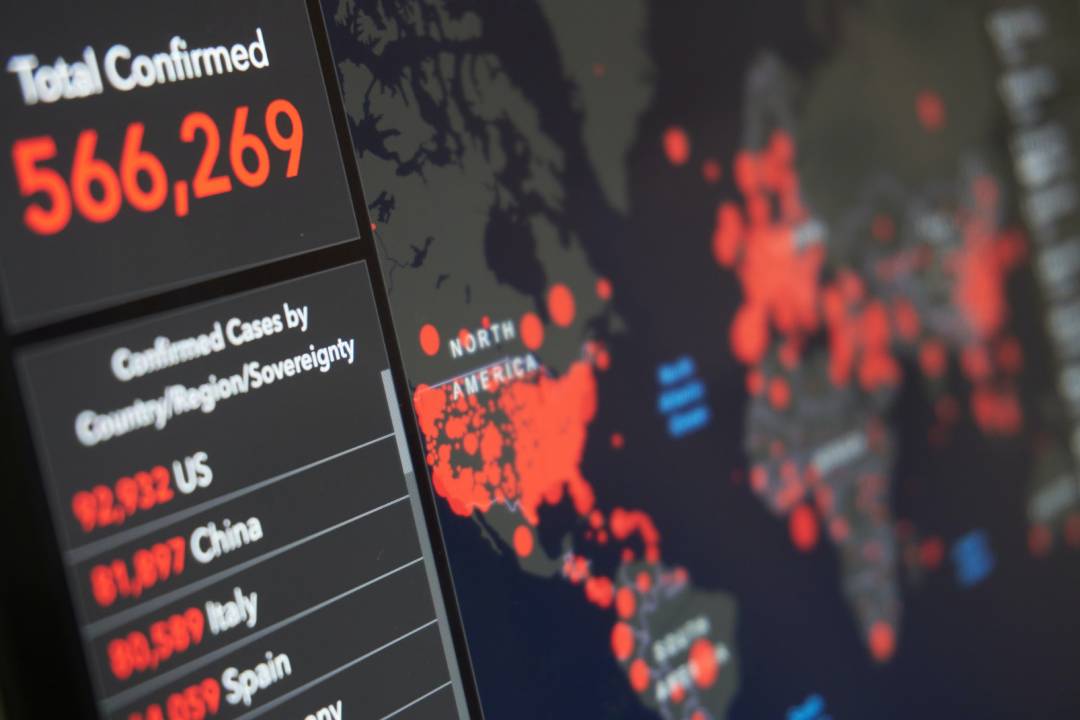 Full impact of Omicron pending at this stage

Global share markets fell sharply over the last week first with inflation and interest rate concerns and rising new Delta cases in Europe, and then news of a new worrying coronavirus variant that appears to have originated in South Africa rattling investors, resulting in sharp falls later in the week.

Travel stocks were particularly hard hit as new travel bans were announced. For the week, US shares fell 2.2%, Eurozone shares lost 5.2%, Japanese shares fell 3.3%, Chinese shares fell 0.6% and Australian shares lost 1.6%. After initially rising, bond yields fell sharply on the back of safe-haven buying later in the week. While the iron ore price rose slightly over the week, oil and metal prices fell on growth concerns as did the Australian dollar.

New coronavirus variant posing a renewed threat to global growth – but too early to tell how significant it is. The new variant looks to have originated in South Africa, has now been named Omicron by WHO, which has labelled it a variant of concern.

It's early days yet as we don’t yet know the significance of the threat it imposes. We know Omicron has more mutations than Delta (32 in the spike protein and 10 in the receptor-binding domain compared to only two for Delta) and it's likely more transmissible as it is rapidly dominating new infections in South Africa. But it's not clear yet that it results in more severe infections and by how much it will impact vaccine effectiveness against infection and importantly against serious illness.

In theory, vaccines may be able to be tweaked to combat it if necessary, although this takes time. And we have seen several variants of concern so far that has not proved to be as threatening as first feared. That said we just don’t know yet which is why shares and commodity prices sold off on Friday and the AUD fell. It may take a few weeks to get a clearer picture. So far the falls in markets just look like normal corrections in a bull market but of course much will depend on what we learn about the new virus and its impact in the next few weeks.

Inflation and central banks removing stimulus remain a key issue for markets. The past week saw solid business conditions PMI readings across major countries including Australia but continuing high or in some cases record high price pressures. Americans of course will be reminded of the spike in inflation by the most expensive Thanksgiving meals on record – not that that on its own tells us much as even in low inflation they went to new records most years, but they are up nearly 14% this year which is the highest increase since 1990.

Against this backdrop, both the RBNZ and the Bank of Korea raised rates for a second time with both banks hawkish and various Fed officials now appearing to support a faster taper. It’s possible that the December Fed meeting could see the reduction in bond buying speed up to about $US25bn a month and this could clear the way for a rate hike mid next year. This is all covid permitting of course.

Not all bad news

Aside from the threat posed by Omicron, the ongoing spike in inflation and several central banks turning more hawkish creates a tougher backdrop for share markets, but it’s not all bad news. While inflation will likely get worse before it gets better, signs of some easing in bottlenecks are continuing to appear with the Baltic Dry index (a guide to shipping costs) down more than 50% from its October high.

Even if the Fed does end bond buying before mid-next year and then starts raising rates monetary policy in the US will still be very easy through next year with tight monetary conditions unlikely for a few more years.

Not all central banks are so hawkish – while the minutes from the last ECB meeting had a bit of a hawkish tilt commentary from most ECB officials leans against rate hikes before late 2023 and the BoJ remains ultra-dovish.

This includes the RBA – while we think RBA rate hikes will start late next year money market expectations for three or four RBA rate hikes next year (compared to only two expected by the Fed) appear to reflect an irrational market hissy fit at the RBA’s abrupt ending of its 0.1% yield target rather than fundamentals (where price and wage inflation is roughly half that in the US and the household debt to income ratio is nearly double that in the US making Australian households far more sensitive to rate hikes).

While the rise in the US dollar index is a bit of a concern as it's sometimes a sign of “risk off”, it appears to reflect expectations for more aggressive tightening from the Fed than the ECB and BoJ rather than risk aversion with cyclical share market sectors performing well.

And of course, if the Omicron variant poses a big threat to the growth outlook, then the timing of central bank tightening, including by the Fed, will likely be pushed out. Global and Australian policy makers are likely to give priority to supporting growth as opposed to fighting inflation if we do see another wave of coronavirus driven lockdowns.

Powell nominated for another term at the Fed – more of the same.

Meanwhile, the US debt ceiling is approaching yet again. Technically it should be reached early in December but the US Treasury may be able to hang on into January. Resolution of the Build Back Better bill in the Senate – which is likely to be cut back to well below $US2 trillion under pressure from Joe Manchin will clear the way for an increase in the debt ceiling either as part of the same reconciliation bill or maybe as part of a separate deal with Republicans.

Germany’s new coalition Government means more Europe. While the Free Democrats will constrain the more left-leaning policies of the Greens and Social Democrats – spending to speed up the move to a green economy and build more homes without hiking taxes on balance means easier policy and its even more pro Europe stance will further help integrate Europe.

The Southern Oscillation Index, which tracks surface air pressure across the Pacific, tipped into La Nina last year and remains there, suggesting ongoing cooler wetter conditions down the east coast. For Australia, it's usually positive for farm production (beyond the flood risk) and helping keep bushfires mild.

Taylor Swift's version of All Too Well surpasses American Pie as the longest song to reach No 1 on Billboard’s Hot 100. Since 1972, Don McLean’s American Pie had been the longest song (at 8.37 minutes) to make it to No 1 on the Hot 100 . But it’s now been surpassed by Taylor’s From The Vault 10.13 minute version of All Too Well. It’s complicated a bit because Billboard combined the 5.29 minute version with the 10.13 minute version – but the long version does seem to be dominant. Of course, a purist might say the comparison is not entirely fair as today’s Hot 100 combines streaming with radio and sales data whereas back in the 1970s radio and suitability for radio dominated how long a song would be.