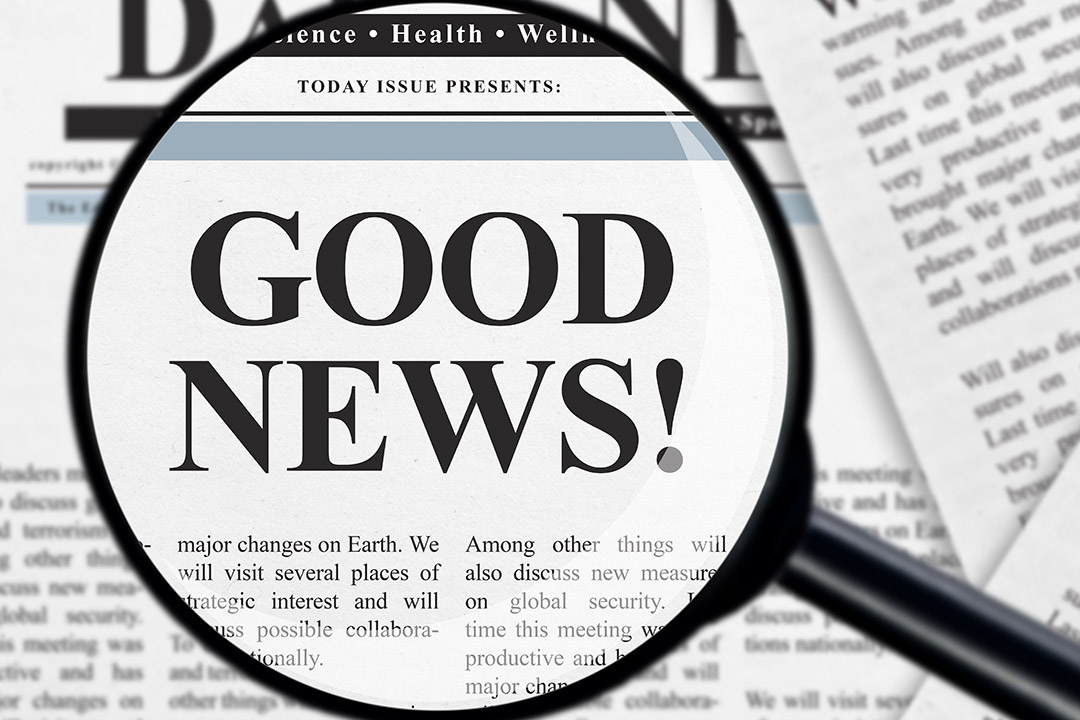 Add some ‘good news’ to your day

Share markets saw a bit of a roller coaster ride over the last week – initially rallying as fears around rising bond yields briefly eased, then falling after Fed Chair Powell reiterated the Fed’s dovishness but failed to signal significant concern or action to deal with rising bond yields only to then see the US share market stage a strong rebound Friday afternoon, as strong payrolls encouraged dip buying. This left share markets mixed for the week with US shares up 0.8% and Eurozone shares gaining 0.5%, but Japanese shares falling -0.4% and Chinese shares falling -1.4%.

Australian shares also had a good bounce into mid-week as bonds settled and Australian economic data surprised on the upside before gains were largely reversed as bond yields rose again. The ASX 200 still managed to gain 0.6% for the week, despite missing out on Friday’s US share market rally.

Australian health, IT, material and industrial stocks had a bad week, but this was more than matched by strong gains in financials, property, energy and utility stocks. Bond yields rose sharply in the US but through the week were down a bit in Europe, Japan and Australia. Oil prices rose 7.5% as OPEC+ kept output unchanged and iron ore and copper prices also rose but gold fell. The $A fell slightly as the $US rose with Powell being seen as not dovish enough and as US payrolls rebounded.

Despite a brief pause, the upwards pressure on bond yields in the US resumed over the last week with a flow on to Australia, albeit the Australia 10-year yield remains below the previous week’s high. These bond market tantrums often take a while to settle down as bond yields play late catch up to a rally in shares and often go too far too fast in the process. In the 1994 bond crash, it took around 9 months in Australia for bond yields to start to settle down. Yields could still go higher in the short term as bond selling feeds on itself and inflation spikes in the months ahead, possibly taking Australian 10 year bond yields through 2%, before it settles down perhaps through a combination of central bank bond buying and the realisation that underlying inflation is not taking off. The faster and longer this continues the greater the risk of a more severe correction in share markets if earnings struggle to keep up with the rise in bond yields. So far though the back up in bond yields is mainly contributing to an ongoing rotation in share markets away from last year’s winners like tech stocks to cyclical shares like financials and resources that will benefit from stronger economic conditions. From their February highs to their lows, in the last week or so the US S&P 500 has corrected -4.2% and the ASX 200 has had a -3.5% fall, but the tech heavy Nasdaq fell -9.7% and Australian IT stocks fell -19%.

However, it’s still too early to expect an end to the cyclical bull market in shares that started in March last year given still spare capacity in jobs markets and still low underlying inflation, shares still offering a decent earnings yield gap to bond yields all combined with the economic and profit recovery and central banks including the RBA being a long way away from rising interest rates (even if it may turn out to be earlier than what they are currently saying).

Deep V rules - with the Australian economy continuing to recover faster than expected. Australian December quarter GDP rose 3.1% thanks to strong gains in consumer spending, housing investment, equipment investment and public spending and has now recovered 84% of the hit to economic activity seen in the first half of last year as a result of the pandemic. As a result, economic activity is now just 1.1% below its pre coronavirus level. This is a far better outcome than seen in most other comparable countries and reflects Australia’s better virus control and better protection of the economy. With the household saving rate remaining high indicating pent up demand, consumer and business confidence strong, incentives likely to boost dwelling and business investment and vaccines set to allow a further reopening of the economy the recovery is set to continue albeit at a somewhat slower pace with the easy gains behind us.

There are a number of implications flowing from the rebound in the Australian economy:

First, Australia’s better health and economic performance through the pandemic highlights that the alternative approach of letting coronavirus rip would have made no sense. Better health has led to a better economy. Sweden tried the let it rip approach and ended up with more deaths per capita and a bigger economic hit, i.e. a big fail.

Second, Australia is easily on track to get back to the pre-coronavirus level of economic activity by the June quarter and we may in fact already be there right now.

Third, given the rebound the economy is well placed to withstand a winding down in government support (including from JobKeeper and HomeBuilder from month end). Of course, significant policy support is still needed as the economy is still nearly 3% below where it would have been without the pandemic and some sectors like travel and higher education still have a long way to go.

Finally, the RBA is likely to be able to remove stimulus a bit earlier than its currently foreshadowing, although less than the bond market may be pushing for.

Turning to the RBA, the key message from its March meeting is that it still has a long way to go to meet its inflation and employment goals so it still doesn’t expect a rate hike until 2024 and has accelerated its bond buying to keep bond yields down and will do more if needed. We agree that the RBA needs to push back against the sharp rise in bond yields as it could threaten the recovery and that a premature removal of monetary stimulus as suggested by the bond market (which is now factoring in nearly 4 rate hikes by early 2024) will risk seeing the RBA ending up continuing to fail to meet its inflation and employment goals. That said, if as we expect the economy continues to surprise on the upside - it was around 1% stronger in the December quarter than the RBA expected just a month ago – the first rate hike is likely to come in 2023, at least a year earlier than the RBA is allowing. That’s still a long way away though and in the meantime – maybe later this year or if not through next year – the RBA with APRA is likely to start tightening lending standards in the face of an increasingly hot residential property market in order to head off another potential threat to financial stability.

While it’s getting to be a drag talking about coronavirus, it remains the single most important issue for markets. If it doesn’t come under control as investment markets are now assuming, then forget about sustained recovery and overheating and bond yields will fall right back. Fortunately, coronavirus news remains mostly positive. New global coronavirus deaths continue to trend down and new cases are running around half of their January peak.

However, new cases have continued to edge up a bit in Europe (Germany, France, Italy, Sweden, etc) and new cases in Brazil have broken out to record levels not helped by the new Brazilian virus variant. The trend is still down in the other two new variant countries though – the UK and South Africa.

Vaccine supply is now also ramping up with new vaccines like Johnson and Johnson’s joining in, so rollout is likely to accelerate. 54% of Israel’s population has now received one dose, 31% in the UK and 16% in the US. And the evidence suggests that the vaccines are working in Israel and the UK where there have been broad based studies – to head off new infection, severe cases and deaths. Europe has seen an edging up in new cases but note that only 5% of its population has had one dose so far. Brazil is a concern but it has never done a good job in controlling coronavirus, only 3% of its population has been vaccinated and while vaccines are not as effective in preventing infection from the new variants they still appear to be highly effective in preventing severe cases.

New coronavirus cases remain very low in Australia – with no new local cases for the last week. Australia is now on the chart above but can’t really be seen because vaccination is at just 0.2% of the population. Despite the headline news about Italy banning the shipment of 250,000 AstraZeneca vaccine doses to Australia, local distribution is likely to ramp up rapidly in the weeks ahead with 50 million doses due to start rolling out from CSL production in Australia.

If you want to know why music is so good The Beach Boys partly explained it in a song way back in 1970. And with band members and their children a new version of Add Some Music to Your Day has just been released, and it will be the lead single in a new album. It was a sad week for Australian music though with the passing of Michael Gudinski who gave a whole bunch of Australian artists their start in the music industry including Kylie.