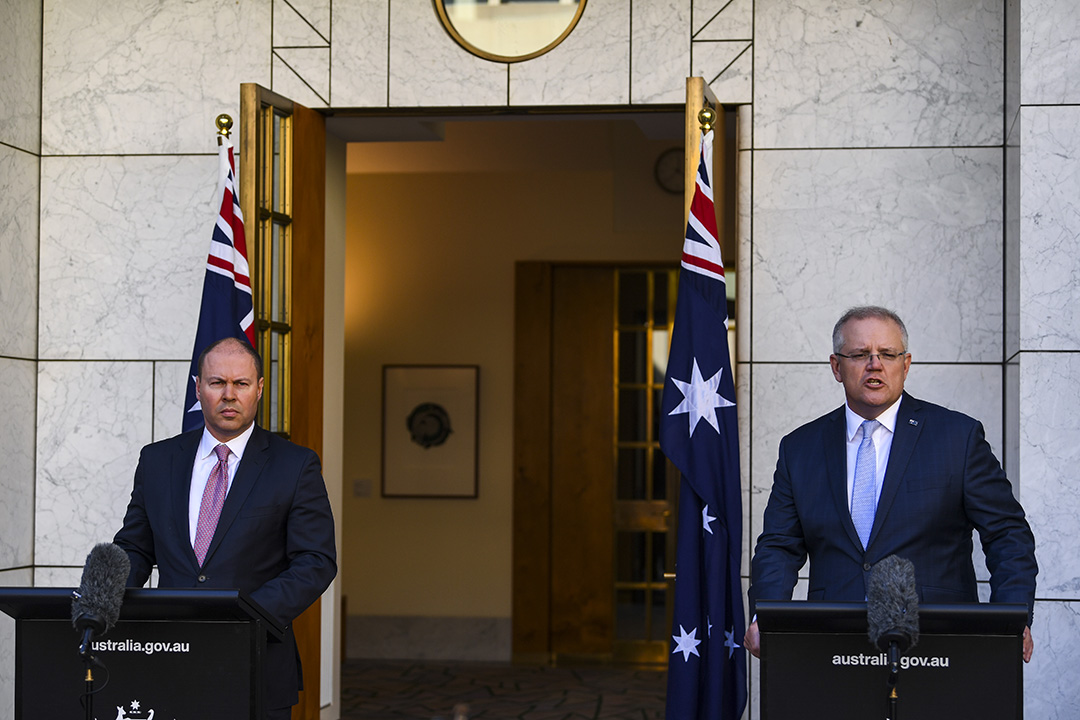 These jobless numbers can’t be trusted from an economist’s point of view but, as a social commentator, they’re absolutely tragic, with 594,280 Aussies having their work life uprooted and undermined. What you have to understand about these stats is that they have been made better by the JobKeeper program because some of the 6 million plus on this wage subsidy would’ve been counted in the unemployed without it!

Those who couldn’t get the JobKeeper payment are on the JobSeeker alternative, which explains the near 600,000 increase in those out of work. Simultaneously, the JobKeeper policy has meant the rise in our official unemployment number is only 5.2% to 6.2%.

I’m always up for economic truth (that’s what I try to do here) but thank God we’re not talking about 6.5 million Australians out of work and unemployment rates of 50%!

OK, no government would allow that, but look at the US where the rescue plan is less generous and 36 million workers have applied for unemployment relief. And the unemployment rate has gone to 14.7%, which is not only socially tragic but economically ruinous.

You can see why the Yanks want to reopen their economies ASAP, even if it risks second-wave infections. The world played it safe when the “China virus” (as Donald Trump calls it) spread to South Korea and then Italy, and now it’s time to gamble. In an ironic way, it seems believable when you recall the US President once was a casino operator!

Our rescue program is costing about $20 billion a month so you can see why the Government would like to end the JobKeeper program at the end of September, as planned. But the Treasurer has implied if he can do it sooner, then well and good.

On the other hand, Labor is telling the Treasurer to extend the program in time and also to those who have been left out of it. These include casual workers who weren’t in a job for one year and employees of foreign government-owned businesses, such as the airline catering business, called Dnata, which is owned by Emirates, which is owned by the government of Dubai.

Meanwhile some whinging backbenchers want JobKeeper to end early to reduce future debt levels but still keep it going for businesses and workers in beaten up industries, such as travel, hospitality and so on.

That’s sounds like a sensible idea if those taken off are back at work earning their old wage. But their employers need customers to be buying stuff to keep their jobs going. And remember, the tourist businesses in Cairns and the Gold Coast need workers and business owners in Sydney and Melbourne to feel wealthy enough to go on holidays. Turning off JobKeeper too early might hurt potential economic growth and tax collections and hit the Budget Deficit by even more than keeping Job Keeper going until September.

The people wanting to end JobKeeper too soon are worrying about future debts. But they’re failing to understand how an economy works and how a strong one with demand actually reduces a deficit.

Anyone wanting to pull back on JobKeeper before retail and consumption numbers are rebounding, and jobless numbers are tumbling convincingly, reminds me of myself when I was young. Back then I thought I could get away with painting a ceiling with an undercoat and one coat of white. Experience taught me two coats are required, if you don’t want a half-arsed job that eventually shows.

If our re-opening of the economy avoids an aggressive second-wave of infections and most of us are back to work by the end of July at the latest, and we’re going to the footie (albeit say with masks), then maybe going cheap on JobKeeper could be a risk worth taking. But I’d rather spend now to prosper in 2021.

The GFC showed us that the Europeans played a stingy economic stimulus game and they’ve been struggling since the GFC.