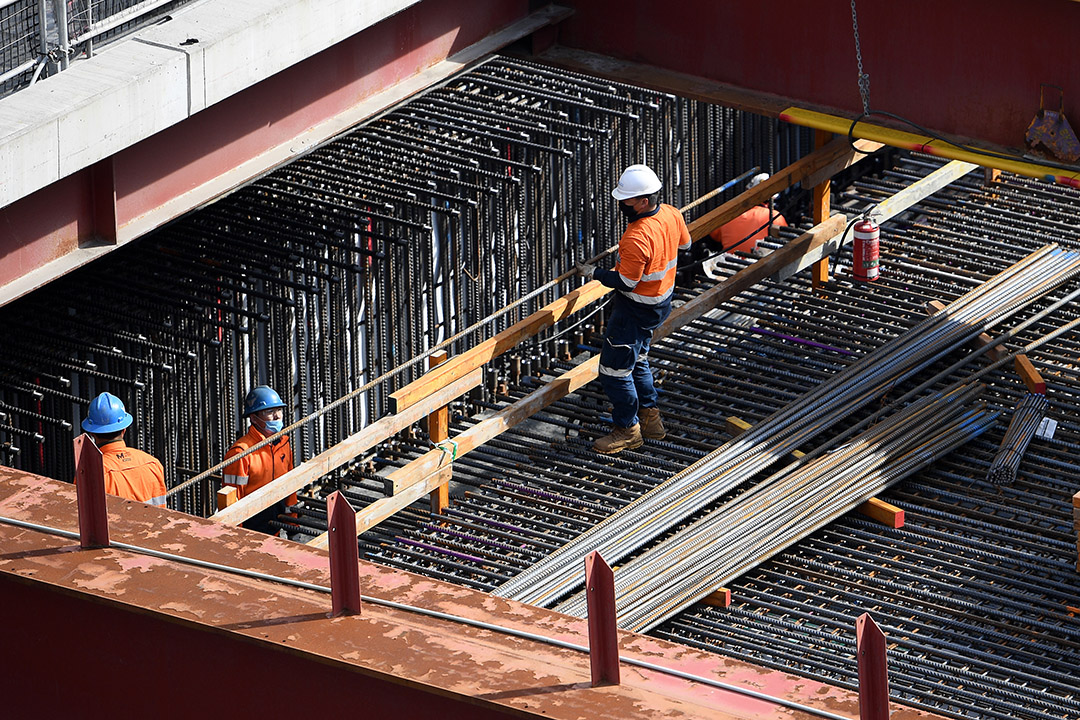 Like yesterday’s job numbers, economic statistics can shock normal people and make them us ask: “Recession? What recession?” But you see, statistics have what I call a Fleetwood Mac problem — they can tell you “lies, sweet little lies”.

Like most lies, however, these misleading stats eventually get found out.

News Corp’s economics commentator Terry McCrann calls this jobs report “crazy”. In fact, he thinks we’ve lived through 18 months of madness, culminating in an unemployment rate of 4.6% for the month of July.

Wait a minute, Melbourne was in lockdown in June and Sydney started its lockdown in late June, so surely the labour market should have been in trouble in July? How come the jobless rate fell from 4.9% to 4.6%? And we actually created 2,200 jobs in July, following 29,100 showing up in June!

McCrann and Roy Morgan Research are right when they virtually say it’s dodgy data. Yep, these jobs numbers from the Australian Bureau of Statistics (ABS) weren’t showing us that in July the seeds of a possible double-dip recession were being sowed via the Delta variant of the Coronavirus. But don’t worry, they will show this in August.

Now you can jump up and down about the ABS numbers but, eventually, they tell you a more believable story. But Roy Morgan has tried to tell a more accurate one. In simple terms, the ABS has a method for counting those in or out of work, which aligns with other stats bureaus around the world, but it doesn’t mean they use the most accurate.

And it can result in crazy revelations like unemployment dropping to a 12½-year low just as 16 million workers were being dumped out of their jobs to fight this virus.

This is how CommSec’s chief economist Craig James explains these surprising stats: “If you thought the July jobs data would show the full impact of lockdowns across Australia, you will be disappointed. The methodology and surveying timeframes used by the Australian Bureau of Statistics (ABS) mean that the impact of lockdowns on the job data needs to be viewed over a few months to gauge the full impact. And government support payments for business and consumers also have roles in crafting the job market outcomes.”

As Terry McCrann points out “Roy Morgan Research data had already told us two weeks ago that the real jobless rate in July was 9.7% – more than double that official ABS number”, but knowing the real number makes no real difference to how our life is affected and how the governments of this country will respond.

Federal and State Treasurers know how badly their economies are affected by these lockdowns, with NSW and Victoria really knocked around, fuelling a possible second recession. Other states such as Queensland, South Australia and Western Australia are missing the tourism business, the investment from the two biggest states and the confidence effects this all has on businesses and consumers in these states.

Inside an economy like ours there are a lot of moving parts and in his press conference yesterday Treasurer Josh Frydenberg noted how that great 4.6% jobless rate was already “historical statistical dust”.

As McCrann captured Josh’s explanation of the ups and downs of economies and their statistics in July, “…some 230k NSW workers had gone from normal employment to zero-hour jobs, passing so to speak 170k Victorian workers, going the other way.”

I don’t care about the accuracy of our job numbers month on month, but as an economist I look for the trend. And that trend is about to get a whole lot worse in August. This will be the month that shows what lock downs Sydney and Melbourne can do for the jobless rate.

Fortunately, government assistance in the form of disaster payments and business payments/grants will keep people tied to their old jobs, many of which will kick back in when time is called on lockdowns. Whether we end up in recession will ultimately rest on the vaccine rollout programme and Australians’ willingness to get jabbed.

But amidst all this worrying news is a beam of historical light that shows us that when you get out of lockdown, there’s a huge economic rebound that will  bring down the unemployment rate, whether it be 7% with the ABS or 12% or 15% with Roy Morgan.

The famous Scottish historian Thomas Carlyle once tagged economics as “the dismal science,” after he read the economics work of Thomas Malthus, who tipped that the production of food would eventually be unable to meet the rise in the earth's population, resulting in worldwide starvation!

We can be negative and we can be wrong, but after bad job numbers over the next few months, we should see jobs rising and unemployment falling again, provided we get that vaccination rate up towards 70%.

Be clear on this: jabs will create jobs and it’s our current poor vaccination rate that explains why Roy Morgan’s unemployment number is 9.7%, while the ABS ‘guess’ is 4.6%. Both these numbers are set to rise until we stick out our arms and take one for the country and jobs!