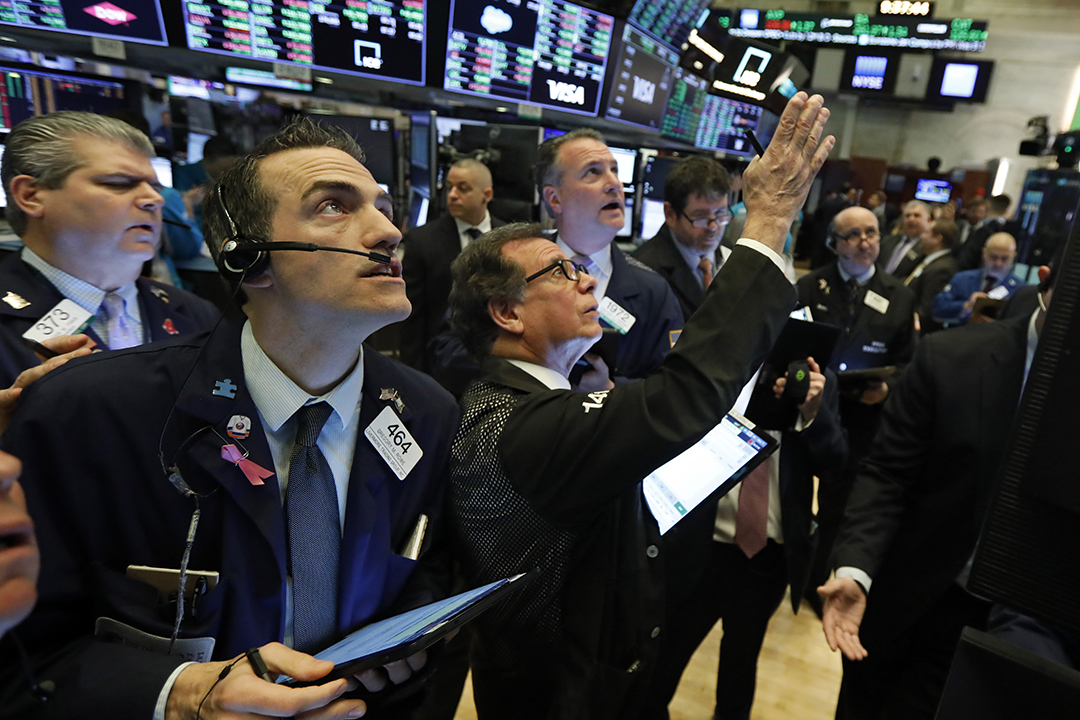 World governments are muscling up but can they nuke this virus?

It’s far too early to get positive on where the Coronavirus will take us, but overnight the collective reaction of stock players was swinging to the positive.

The possible electoral-death of Bernie Sanders on Super Tuesday, whose leftish-platform was seen as a potential economic threat and infection that could have rattled Wall Street, was one of the overnight pluses for markets.

Not only have US stocks had a good trading day but so has the increasingly virus-threatened Europe, which surprised me. It was a pleasant surprise.

Let me reveal the positives overnight:

Yesterday, I interviewed our resident ‘in-house’ doctor — cardiologist Dr Ross Walker — on our Switzer Show podcast. Ross allayed my fears that I might be too relaxed about the Coronavirus. He also confirmed to me that those going ‘long’ on toilet rolls have been victims of, not an epidemic or a pandemic, but an infodemic!

And as Franklin D. Roosevelt warned us in the Great Depression: “The only thing we have to fear is fear itself.”

It’s great that countries are taking this virus seriously and the efforts to ensure economies don’t fall into a medical emergency recession hole is positive news. But we’re not out of the medical emergency woods yet and the threat of fear to economies, their businesses and jobs, cannot be dismissed. “The economic problem is fear of catching the virus,” suggested Joseph Capurso, senior currency strategist at CBA. “Central bank rate cuts won’t fix fear of catching the virus. Economies around the world will be disrupted from fear. That is why we suggest monitoring high frequency economic indicators for a turning point.”

He also threw in that: “Financial markets are likely too optimistic about the global economic outlook.”

Yep, financial markets could get too happy too early and investors need to be cautious. The infection and death rates, especially in the USA and Europe, are going to be huge forward indicators about whether stock prices fall down another leg, possibly turning this correction into a crash and killing the bull market.

I noted, with interest, how bond fund manager Chris Joye told me on my Switzer TV Investing programme that he has his pointy-headed, smarty sidekicks watching the infection spread data like a broker watches every move in the Dow Jones, or a nuclear scientist monitors fallout from a Chernobyl-like event.

When the virus number convincingly swings to less negative and towards more positive, bond prices will fall, bond yields (interest rates) will rise and stock prices will also head up. That’s what the ‘Joye boys’ will be looking for. And so will I.

Early signs are more becoming a little more positive, but you can never be too cocky about threats like the Coronavirus. You won’t be surprised I’m leaning to the positive and the better-than-expected economic growth number for Australia yesterday at 0.5% for the December quarter, which took annual growth to 2.2%, with a pile of bushfire - and virus - induced stimulus coming down the budget road, could actually help boost the economy in the second-half of 2020.

If the world beats the virus quicker and better-than-expected and there’s been an overload of global, fiscal and monetary stimulus, we might collectively kickstart a world economy that has struggled since the GFC!

Of course, that’s the most positive spin I can deliver on the subject.

One final point — and this is on the market reaction to the Biden win. Wall Street would prefer a Trump victory in November but Donald brings uncertainty around trade wars with China and Europe. Despite this, Joe Biden would be seen as a second-best President for making money, while Bernie Sanders would be seen as a threat to stock prices, business confidence and economic growth.

That’s why the stock market took the Biden win, and added it to the half-a-percent Fed rate cut, the cuts from other central banks and the pressure on governments, like our own, to get some decent budget spending happening, as insurance against a negative eco-infection from the Coronavirus. And it resulted in the Dow ending up over 1,000 points!