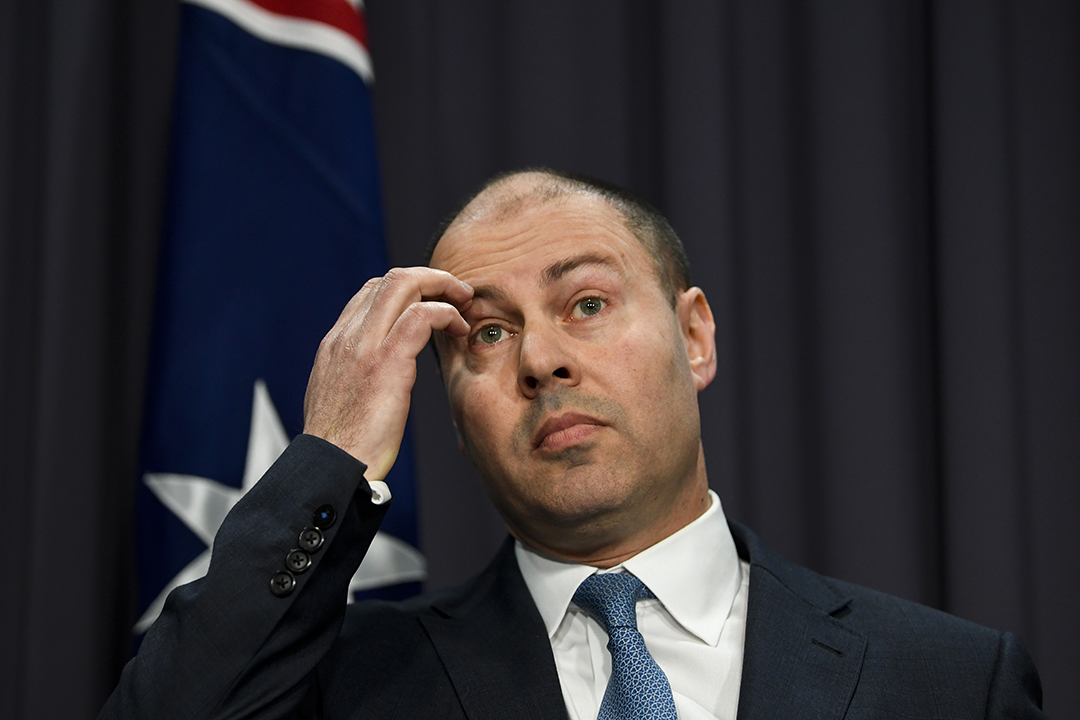 Will we dodge a coronavirus and bushfire recession bullet?

The headline yesterday was that Treasurer Josh Frydenberg was telling us that our economy is “resilient”. Now he’s being a tad more pessimistic, conceding that the double whammy of the coronavirus plus the bushfires could see growth go negative.

He thinks we will contract for one quarter, which means that if he’s right, we’ll continue our 29-year dodging of a technical recession! This is a world record, which doomsters love to dismiss. However, it shows that those who are in the camp that believes that “there will be blood” for the economy have been wrong and are relatively poorer because of it!

This week will be a big test of Josh’s cautious warning on the economy, with a swag of economic data that could easily make or break confidence in where the economy is heading.

Today we get the latest readings on the health of the manufacturing sector from the AiGroup and CBA, along with the CoreLogic take on home prices in January. But wait, there’s more, with the release today of the ANZ job ads for the first month of 2020, along with building approvals. This is a huge day for the economy and those who read the economic ‘entrails’ looking for signs about the future.

Then on Tuesday, the Reserve Bank decides on interest rates. The double trouble of the coronavirus and the bushfires, which both have hurt an important sector of the economy i.e. tourism, could easily force the RBA to cut the cash rate from 0.75% to 0.5%. I hope it doesn’t because rate cuts have come with a disappointing economic bang for each rate reduction. Until the Government announces a bigger fiscal injection, the central bank might feel the pressure to take the lead.

To date, we know the bushfires have dragged out a $2 billion spend from the Treasurer to pay for the repairs to burnt out infrastructure, devastated businesses and families. But is it enough? It not only has to make right the damage cause by the fires, it also has to boost confidence that better economic times are coming down the pike later in 2020. People love to be hope-laden and optimistic about their futures and that’s a huge role for Josh Frydenberg.

Anyone who doubts the Treasurer’s positive intentions simply doesn’t know him. It’s up to him to change that by getting on the front foot. With Scott Morrison dealing with some PR shockers in recent times, the Treasurer has to help by reminding us that there’s a strong team in Canberra running the show.

That was the strength of Bob Hawke and Paul Keating and John Howard and Peter Costello. And it’s why most of us thought both Treasurers would one day get to live in The Lodge as PM. This is a huge test for Josh.

On Wednesday, we need to see that car sales are on the rise, after falling in 2019. Luxury cars have been on a six-month surge and they correspond to rising house prices. The boss of Maserati Australia, Glenn Sealey explained to the audience at our business breakfast on the day after the Budget in April last year, how house prices can KO or stimulate high-end car sales. And following the May 18 election, his bottom line for his business has surged.

Regrettably, the overall economy hasn’t been so lucky so far. But it has to be said that an improving housing sector is a first step in an overall economic recovery.

On Wednesday, the RBA boss, Phil Lowe has a National Club speech (I’ll be there) and we should hear about his 2020 vision for the economy.

On Thursday, the latest trade and retail data will be on show and these are December numbers. The bushfires could have hurt tourism exports, while the pre-Christmas retail business could also have been negatively affected.

Over the weekend, the Dow Jones Index had its worst day since August last year, when the trade deal slanging match got out of hand. The Dow was down 603 points and it was all down to the Coronavirus numbers getting scarier and scarier, which means our stock market, which has been a plus for the economy, is set to become a negative!

Josh Frydenberg is right — the Oz economy is resilient — but it has had some good economic leadership as well. Outlining his plan for economic recovery and telling this story over and over to the nation, who elected him to power, sounds like a good plan.

In his book on J.D.Rockefeller, called Mastering the Rockefeller Habits, American Verne Harnish said when it came to leading his business teams, this was his process: “Have a handful of rules. Repeat yourself a lot. Act consistently with those rules, which is why you better have only a few rules.”

The same approach is good for parents trying to lead their kids! And it looks like great advice for Josh too – and this goes double if he wants to dodge a recession bullet!