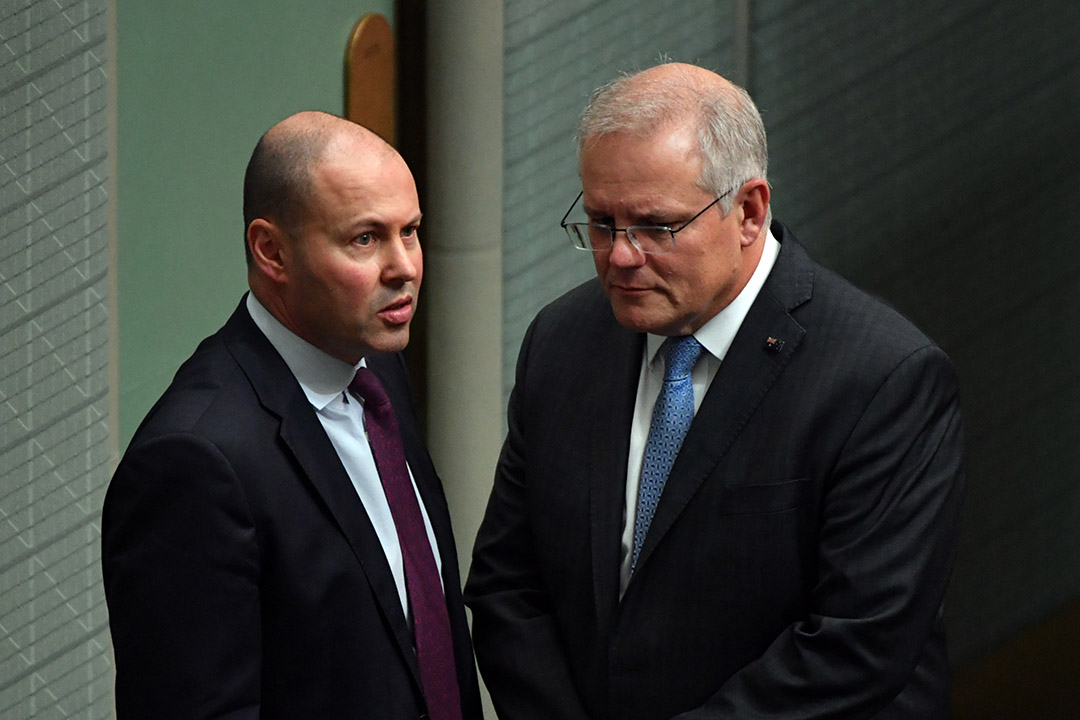 Will this long lasting lockdown drive the economy into recession & the PM out of office?

My treatment of Josh Frydenberg has been the nicest I’ve been to a Federal Treasurer since Paul Keating in the early 1980s had the guts to take on businesses that were overprotected and union bosses who were ruining the economy. Our bromance eventually ended when Paul went all political on me. I hope Josh can remain one of the best Treasurers I’ve seen.

And that might mean he’ll have to give into New South Wales Treasurer Dominic Perrottet, who has applied the blow torch to Josh’s underbelly by asking for financial modelling to be done on keeping Sydney locked down until the middle of September!

Business owners and managers won’t believe this is a real possibility. Undoubtedly it would push Australia into a negative growth quarter for the three months to the end of September.

Suburban businesses benefitting from having so many customers in their homes and shopping local might love hearing the news, but the majority of the 680,000 small businesses in NSW will be stressed out thinking they’ll be put through 12 weeks of lockdown!

And while there are employees loving the work-from-home lifestyle, those doing it with young kids could be candidates for a breakdown or serious drinking problem!

Josh and the entire Morrison Government can’t dismiss the wider implications of NSW (the country’s biggest economy) being in lockdown, and not only what it could do to the entire economy but also their own political survival.

Scott Morrison and Gladys Berejiklian were once heralded as great leaders. The polls showed this. But now the gloss has come off their shining glorious stories of containing the Coronavirus in 2020.

The vaccination story and Delta strain has brought them undone.

To quote the recently deceased great Aussie singer Helen Reddy, Gladys looks like a “faded rose from days gone by”.

And if this lockdown isn’t managed away ASAP, she won’t end up in a premier “mansion in the sky”, where only a few great local leaders end up going.

Lately, most of our leaders have finished tarnished and vanquished. Even the high-achieving John Howard ended up losing his safe seat at his last election.

Away from the political implications and back to the lockdown with its economic effects, the shutdown was supposed to end on Friday! That’s a six-week miscalculation if this mid-September story ends up being right.

Economists are now pondering whether this could throw us into a double-dip recession.

Calculations say if Sydney is locked down for a week, it cost $2 billion in gross domestic production (GDP). And if we lose 12 weeks to a lockdown, we could lose $24 billion worth of GDP. However, with the state progressively being shut down and other states closing borders, the knock-on effects could be more weighty

The EY chief economist, Jo Masters, believes it is “very likely that the economy will contract in the September quarter, with strict lockdowns across New South Wales, Victoria and now South Australia.”

Fortunately, most economists agree but say there will be a big bounce back in December, as vaccinations extend to a majority of Australians.

However, if this NSW lockdown drags on and other states have intermittent lockdowns because of NSW-caused infections, then economists see the possibility of two negative quarters — a double-dip recession!

That’s why Josh should instigate JobKeeper 3.0 to keep business confidence up, to ensure job losses are contained and, ultimately, to put a floor under the falling consumer confidence levels we’re now seeing.

This will only get worse if all of us in NSW start to believe that this will go on until mid-September or longer.

I’ve talked to small business owners who are already thinking about cutting back on their employees hours. That’s why JobKeeper needs to be reinstituted and fast!

NAB’s chief economist Alan Oster says his team are also expecting “a negative September quarter”, according to the ABC. They believe the economic contraction may actually be greater that 1%. That said, he’s not forecasting a recession at this point, but concedes it’s “hard to say how long the virus takes to get under control”.

Based on history, a cautious Treasurer would hold back and not spend any more on JobKeeper. But Josh, you need to think outside the square. And maybe you should be inspired by what Apple’s creator, Steve Jobs once told us to cheer: “Here’s to the crazy ones. The misfits. The rebels. The troublemakers. The round pegs in the square holes. The ones who see things differently. They’re not fond of rules. And they have no respect for the status quo. You can quote them, disagree with them, glorify or vilify them. About the only thing you can’t do is ignore them. Because they change things. They push the human race forward. And while some may see them as the crazy ones, we see genius. Because the people who are crazy enough to think they can change the world, are the ones who do.”

I rated our federal Treasurer because he shocked everyone with his big spending to beat the Coronavirus. Josh now we need you to pull another rabbit out of your hat, mate. And fast! And Gladys and Dominic need to get hold of a few rabbits as well in order to pull back this mid-September lockdown date.