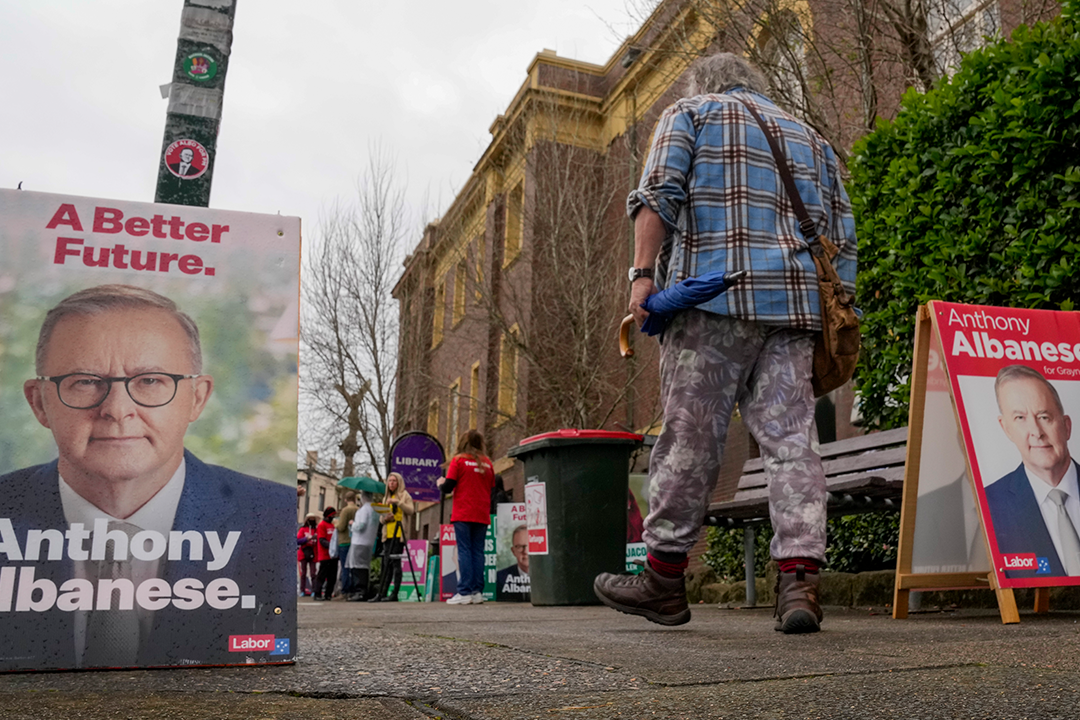 Will the stock market go easy on Albanese?

Local experts don’t expect the stock market will overreact negatively to the win of Anthony Albanese with the SPI futures pointing to a 15-point fall at the open. Of course over the day and the week ahead, overseas views on what Labor means for different sectors and companies could result in both sell-offs and support for companies that will win or lose out on what voters of Australia decided over the weekend.

It will be interesting to compare the market responses of Bill Shorten/Labor loss of May 2019 and the Albanese win.

In contrast, Albo went for a small target, underlining why voters might be disappointed with Scott Morrison as PM while remaining solid to issues that Labor couldn’t ignore — the environment, wages and the cost of living.

At a recent Business Sydney speech, Albo did his best to remind business and the media of how significant the Hawke-Keating governments were and the implication was that Labor can get it right in Government, even if many reading this don’t remember things that way.

My most objective assessment of Labor in the 1980s was that they were the most reforming governments ever — deregulation, trade protection dismantled, privatisation of the likes of Qantas, CBA, etc. They even got unions to become real about productivity being linked to wage rises, but they did screw up interest rates, which rolled us into the last national recession in 1990-91.

But what are others saying?

CommSec’s Craig James thinks that Labor’s stated agenda before the election has few threats to business and points to the fact that getting an election out of the way is generally good for stocks.

Sector and stocks-wise, energy stocks could go either way, with the certainty of who has won being important to investors' decisions, but I’d be surprised if coal stock prices spiked today.

On the other hand, companies in the renewables space should get on a roll and ethical fund businesses should get a lift.

Retailers could be under pressure as they have relatively low paid workers and Labor has already put its hand up to support the 5.1% rise in the minimum wage. “About 20 per cent of our employment market is linked to the minimum wage (and awards). So if that rises by 5.1 per cent, that’s quite high compared to the previous trends and potentially those labour-intensive businesses will feel the impact. We’re talking retail, healthcare and even the banks,” fund manager Jun Bei Liu of Tribeca Alpha Partners told The Australian’s Cliona O’Dowd.

Childcare businesses should benefit with Labor’s generous $5.4 billion policy bound to be seen as a plus.

Important for the longer term, Labor’s new Treasurer Jim Chalmers has to show he’s up for the job of keeping business and consumers confident, while gradually reining in the huge budget deficit, which is in the $78 billion neighbourhood. Over the past year, he has shown that he’s less old-fashioned Labor and more business sensible in what he has been saying. And he has made the right noises in today’s press by setting his focus on getting the deficit down.

The ultimate international test of a local government can be the Aussie dollar. It rose to 70.54 US cents from 70.10 US cents on Friday, but where this heads and where the stock market ends up, will not only be driven by what Albo and Jim say and do in the short- and long-term, but also by whether Labor can lead in its own right.

Too many independents determining what an Albanese Government can do, might not only rattle Labor in Canberra, it could spook the stock market.

The biggest challenge for the PM and his party might be what they’ve promised in the past and what they’ve stood for when in Opposition.

David Crowe in the SMH gave us a wise observation by one of the greats of the literary world, who loved to dabble in political commentary: “For a left-wing party in power, its most serious antagonist is always its own past propaganda.”

Hawke and Keating’s biggest mistake was on monetary policy, where home loan interest rates went to 18%. In those days, the Treasurer had a big sway over the RBA.

To be fair, all governments and central banks of the world lost control of interest rates, as deregulation changed the money world, but Albo and Jim must make sure that their policies make it easy for the RBA, so that it doesn’t have to raise interest rates too high.

Very high interest rates followed by a recession could easily make this Labor Government a oncer. I’m betting that won’t happen any time soon but I could switch quickly if these guys let politics KO smart economics.