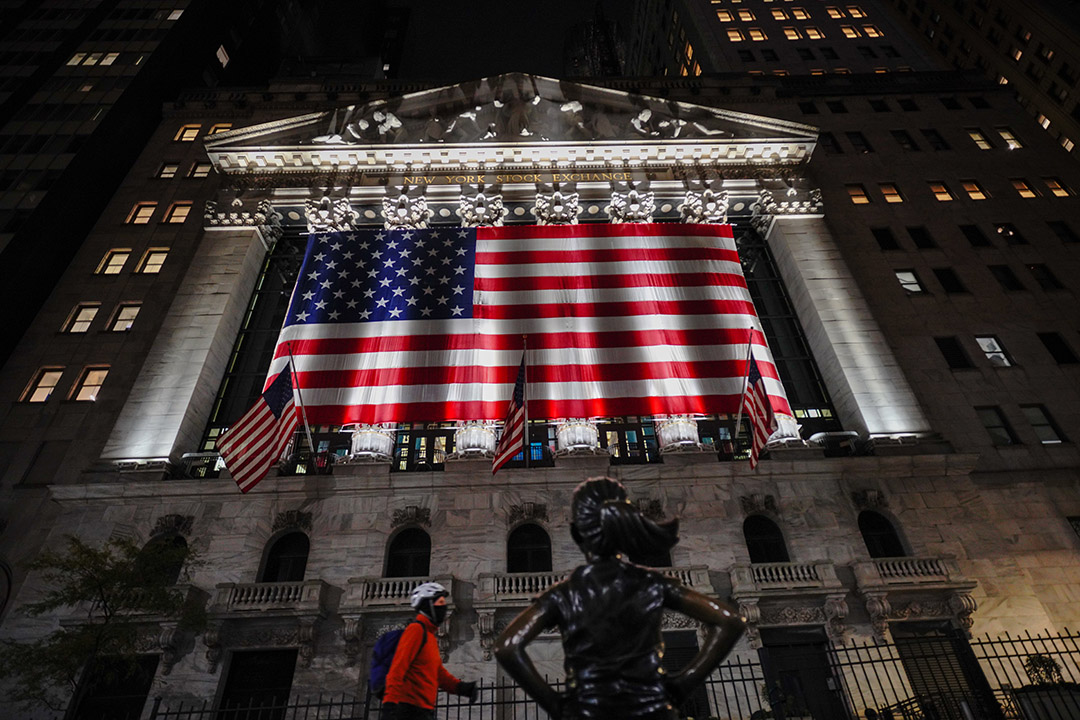 Uncertainty is the enemy of stock markets, investors and share players, so how could the inconclusive counting of the US election then result in the Dow Jones surging and tech stocks spiking? Even European stock markets went positive! Germany, France and the UK markets were up around 2%. That’s an indicator of happiness for those who invest/gamble on stocks!

According to the SPI futures, our market is set to open up 35 points higher. So what the hell’s going on?

Uncertainty prevails ‘big time’ for the US election, with Biden slightly ahead in the race for 270 electoral college votes, which would give him the Presidency. However, there’s a feeling of certainty that the Republicans will win the Senate and that has told Wall Street that the ‘blue wave’ looks unlikely.

The blue wave would be a whitewash for the Democrats (who are the blue party while the Republicans are the red party). That’s why Donald more often than not wears a red tie but he can wear blue, I guess, when he’s in a conciliatory mood. I haven’t kept score but I bet he wears a lot more red than blue.

For his inauguration on 20 January 2016, President Trump wore a red tie with his dark suit, while outgoing President Barack Obama donned a blue tie. Their wives wore the reverse, with Michelle Obama in a red dress and Melania Trump wearing a powder blue ensemble. (I hope you’re not wondering if I’m going insane here!!)

(This is what livescience.com says about red and blue: “Red and blue are also thought by psychologists to improve brain performance and receptivity to advertising. The 2009 study in Science supports this idea. It also suggests nuances that world leaders and presidential candidates might want to know about, assuming one buys into the notion that presidential messages and speeches are essentially a form of advertising. The study found that red is the most effective at enhancing our attention to detail, while blue is best at boosting our ability to think creatively.”)

For Wall Street, blue (or more correctly too much blue) was a threat to stock prices for the biggest games/companies in town. Big tech companies feared the Democrats with too much power and this is how marketwatch.com reported the post-voting action: Shares of Facebook soared 8%, Alphabet (Google) rose over 6%, Amazon 6.2%, while Apple 4%.

Big Pharmaceutical company Pfizer is up 3.14% and companies that feared a blue wave are bound to be winners going forward.

Ahead of voting, the huge investment bank, Goldman Sachs, said Wall Street could cope with a Biden win because his bigger stimulus package would offset his higher company taxes and greater potential regulations stance. But it was the blue wave that was always going to scare investors.

If the Democrats won everything, taxes would rise, regulations on big tech companies would be imposed and non-green industries would be targeted. All these companies have a share price that would fall and that’s why there’s positivity on stock markets today.

The CEOs of these companies would be breathing a sigh of relief. This take by Mike Lewis, managing director of U.S. equity cash trading at Barclays, says it all: “I think the big news for the markets right now, at least as it looks preliminary, is that there’s not going to be a blue wave, which is generally supportive for markets…I think that the outlook going forward for markets is this is going to be more about policy and the Fed than it’s going to be about politics, which is a good thing for markets.” (CNBC)

And this is how Bloomberg.com explained the stock price surge: “After a wild election night sowed confusion across U.S. markets, investors frantically bid up stocks Wednesday, sending major averages to the biggest rallies in five months, as they grew more confident that the tightly contested outcome would ensure key elements of the bull market remain intact for years to come.”

What are those elements? Try these:

And to add to the positivity story, this chart underlines how this is the best first-day gain for stocks after a Presidential vote!

And that’s despite that after all the counting and potential protesting court cases that might challenge the results in various states, there could be a President Biden! However, the current Wall Street thinking is that there won’t be a blue wave and it’s the growing certainty about that which explains the spike in stocks. If uncertainty is the enemy of stocks, then certainty is its friend and a rewarding one at that.