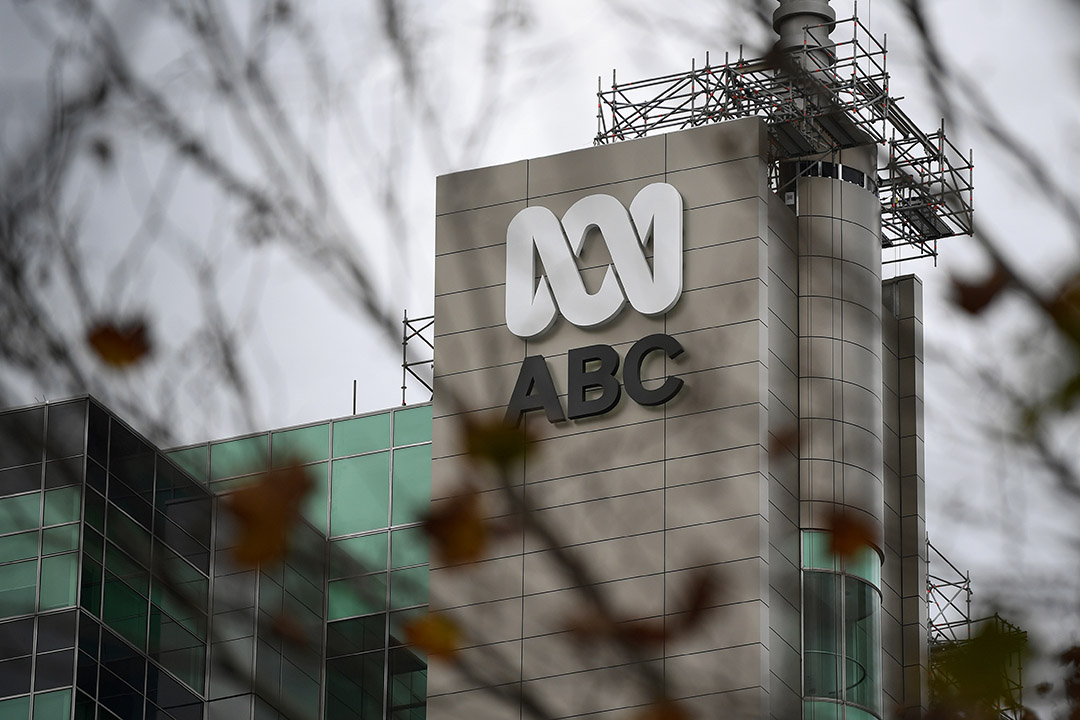 Why the ABC has lost its tingle for me

I know that this could get me offside with some of my colleagues in the more conservative media quarters where I contribute, but I love the ABC! That said, I’ve joked in recent speeches that I’m actually qualified to watch the ABC!

Of course, I’m not talking about viewing great comedies such as Kitty Flanagan’s Fisk, or that gem Aunty has been making for decades — Landline — but the news division has become far too tribal for my liking.

And as a taxpayer/owner, I do have the right to express my view.

Recently, I’d heard that the news was increasingly one-eyed and left-leaning, but I’ve been so busy of late that I get most of my ABC news from ABC NewsRadio.

The team there seems more like old-fashioned news gatherers, which I’ve always expected from Aunty’s newshounds.

Mind you, I don’t mind news intermixed with commentary (hell, I’ve created a nice business out of that) but I was brought up with the idea that the ABC avoided commentary, apart from its guests. And it’s on that subject that I’m a little, no, very annoyed about.

I recently heard Tim Flannery on the ABC and I respect his credentials, but like most big call merchants he has got some of his calls wrong. Water levels in our dams are a case in point, but the ABC doesn’t seem interested in having an objective debate of controversial subjects.

That’s a pity because the audience of the ABC is diverse. Sure, it has left-leaning Labor and Greens voters, but it also has big end of town business types, Nationals-voting country people and small business owners who’d really benefit from more objective debates.

That’s not to say that the ABC can’t do it. I saw it first-hand when I was on James Valentine’s radio programme to discuss my new book Join the Rich Club last year.

Many years ago, I was James’s money man and did a spot once a week, so it was a trip down memory lane. During the interview, his colleague Richard Glover entered the studio and joined the chat. Typically, being an objective inquisitor, James threw me a curve ball question on “who wants to be rich anyway?”. I batted away in answering this but not with excessive confidence because this was the ABC after all! But then Richard jumped to my defence with a supportive argument that Alan Jones would’ve endorsed!

To me, that was the ABC at its best. Those who are suspicious of those who want to be rich were served by James, while Richard gave balanced support for those who like material comfort in spades!

That was then. And it was pre-Coronavirus and pre-lockdown life. And because our usual work/life habits have changed, I’ve found myself watching ABC news nightly and have rolled into the 7.30 Report, which seems to be called just 7.30 nowadays, if you can believe Juanita Phillips, our Sydney newsreader, when she throws to the programme. And I can.

I don’t question everything on my beloved Aunty!

But it was watching Laura Tingle hosting 7.30 that I lost the old ‘tingle’ that this station and this programme always gave a news junkie like me.

When I started as national business and political commentator on the Triple M Network in 1988, I always had an unstated goal to tell the M’s audience the stuff they might’ve missed in high-brow news outlets like the ABC, The AFR, The Australian, The Economist magazine, and so on.

In those days, I even recall interviewing a young up and coming journalist called Laura Tingle, who I rated highly from the outset.

I actually liked her well-balanced approach to economic and political commentary and was especially impressed that she wasn’t a chip off the old block!

The block I was referring to was her father John Tingle, who was the highly-rated host on afternoons on 2GB in the 1980s. He was excessively rightwing, or at least it seemed that way to a younger Peter Switzer. Despite that, and maybe as an early insight to where I would eventually end up, I couldn’t help listening to this guy who I often disagreed with. That said, he was a professional broadcaster.

On reflection, it was refreshing that his offspring Laura came to the fourth estate as an honest broker.  But in recent times I’ve noticed that her objectivity seems to have given way to what looks like a commitment to find fault with ScoMo and his team.

Of course, that’s not a problem in the popular or even the unpopular press, as many commentators appear one-eyed. I think Piers Akerman has made a life addiction to being right-winged, while Philip Adams is a lefty who can be tolerated by the right, including Rupert Murdoch, as the Weekend Australian proves every Saturday.

So if Laura wants to be left-inclined or simply anti-ScoMo in the AFR, that’s OK, but on the ABC I’d like her to try to be more objective.

All this came to me when for a third night in a row I’d watched “the lockdown/we’ll all be ruined baton” pass from the 7 o’clock news programme to Laura’s 7.30 show.

As someone who hopes the lockdown doesn’t go on until the end of August or beyond, I’ve been hoping that we’d see someone who might say that it could end earlier than expected. Or maybe, some restrictions could be eased in coming weeks. But nope, it was all doom and gloom.

As someone who owns a financial services and media business that has recently taken on the publishing of that great title Harper’s Bazaar, I’d like to think my team could get together, do shoots, get talent and so on.

Future profitability of our business and jobs ultimately rests on getting this lockdown done and dusted ASAP, but I realise reality could bite us harder than we’d like.

So it was armed with all these biases that I saw Laura stick the slipper into ScoMo for his poor vaccine rollout programme. As someone who actually taught Scott Morrison economics at the University of NSW, I concede I’m a tad biased, but I have been bagging this vaccine rollout scheme for many weeks.

It has been infected with complacency, which came back to bite the Government when AstraZeneca was portrayed, even by Queensland’s chief medical officer, as a potential killer!

That killed an already unimpressive rollout campaign and partly explains why Laura gave us a table that showed we were the bottom of the list when it comes to rollouts worldwide.

I noticed Costa Rica was even better. But I also saw South Korea as the third poorest and the Kiwis were second worst ahead of us. That didn’t surprise me because as someone who wants the economy to do well for better profits, jobs, stock prices and my clients’ portfolios, I know we have been a poor jab performer.

This means more lockdowns and more negative economic implications. But I also know another reason why we’re at the bottom of the table.

You see, South Korea, New Zealand and Australia have been three of the best countries in the world in beating the Coronavirus, which has delivered great economic dividends, such as unemployment at a decade low of 4.9%.

The experts say that this great success fighting the virus has meant that countries like South Korea, New Zealand and Australia have had a complacency obstacle that has meant a lot of people didn’t feel the urgent need to get vaccinated.

We’ve had 915 deaths, with 820 coming from Victoria. But the UK had 129,000 deaths, which has been a powerful incentive for the Poms to ignore remote clot problems to get jabbed. Wales and Scotland have vaccinated 90% of those aged 18 and over with at least one dose. England has reached 88% and Northern Ireland 82%. And for the UK, 54% have had a double dose. But gee there were deathly reasons for everyone wanting to get vaccinated.

I know how smart Laura is and how well read she’d be, and I think an objective news service should have delivered that information.

It’s what I expect of my ABC, but maybe I’m old-fashioned and unfashionably objective. I don’t like losing the tingle Aunty used to give me and I hope I can find it again. Maybe this is a job for Ita!