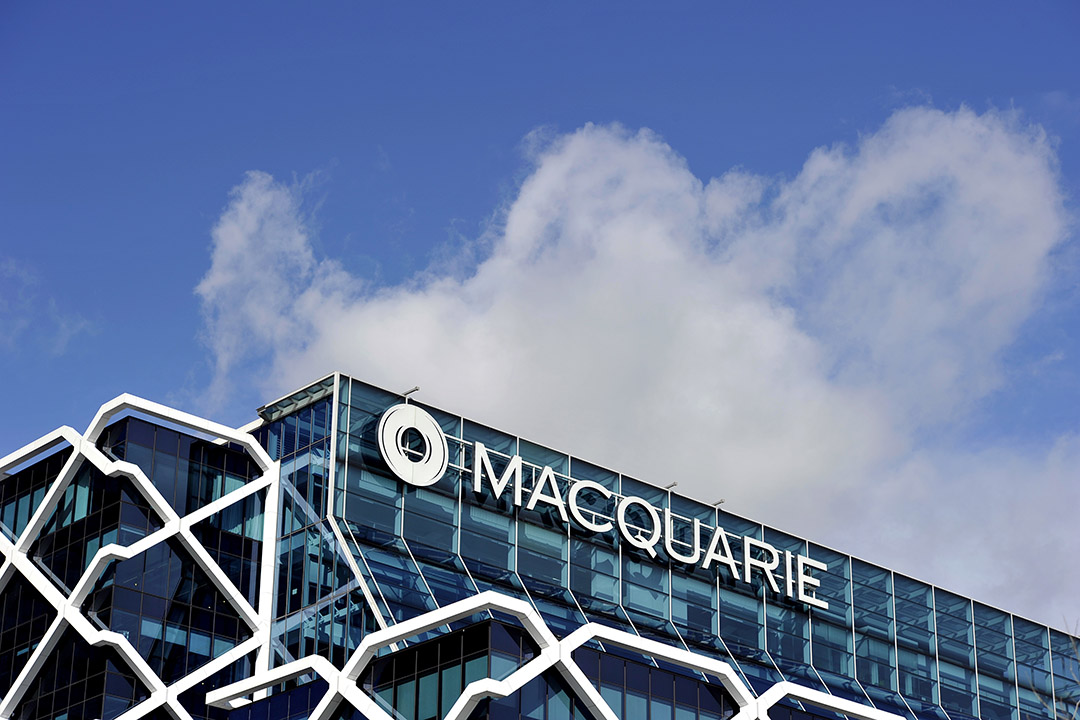 Why don’t we cheer our great companies like Macquarie?

This weekend as most footy crazy Aussies get ready to bow down in respect of their favourite footie team players or get excited about the achievements of our great actors, who always seem to star in overseas blockbuster productions that we’re all watching while in lockdown, I’d like to suggest that it’s high time we showed a bit of national pride in one of the world’s best-performing companies: Macquarie Group!

Quite frankly, I’m proud of this group of world-class performers — BHP, CSL, Atlassian, Resmed and even Cochlear, which had a starring role in the movie Sound of Metal!

In fact, Google tells me that there are seven films that featured Cochlear implants — A Quiet Place, Sweet Nothing in My Ear, Take Shelter, Battle, Hear and Now, Sound and Fury, Toy Story 4 and Sound of Metal.

But when it comes to Macquarie, considering it’s in the sometimes despised banking space, its achievements have been spectacular.

Right now the company is trying to appeal to everyday Australians with their “I bank with Macquarie” ads, which are very different from the ads before the GFC. Back then, Mac Bank was tagged “the millionaires factory” because most of their executives had the embarrassment of riches as Macquarie’s share price spiked higher and higher because of the company’s complex deal-making that invariably seemed to rewarding to bystanders in the financial sector.

In those days, their ads featured a very serious man who looked out of touch with the normal Aussie. His pieces to camera sent out a message that Macquarie Bank was for winners, so if you’re not our kind of banking client, we don’t want to know you!

That has changed, as Macquarie changed its business model and has made a big splash in the Big Apple, with business TV operator CNBC often interviewing the company’s experts in its Wall Street studio. The only problem I have with that is that Yanks pronounce Macquarie as “Ma-quarry”.

I’m sensitive about how you announce Macquarie because when I first started doing finance reports for the Triple M Network in 1988, there was no Internet and the only way I could get up-to-the-minute market news was through 24-hour trading forex desks, such as the one Macquarie had at the time.

I wasn’t wise enough to be an early buyer of the stock but I had accumulated some as the years went on and got burnt when its price fell from $95 to $20 something in 2008, as the GFC stock market crash went from bad to worse. I had bought in between $40 and $50 and by mid-2008 I knew the meaning of the old saying, “rooster one day, feather duster the next!”

However I had learnt something about quality businesses on the stock market, which was brilliantly summed up by Warren Buffett around the time of the GFC when he said: “Be greedy when others are fearful...”

So I dived into MQG shares at $25 to bring my average buying price down but didn’t I get nervous when the collapse of Lehman Brothers drove the millionaires’ factory stock price down to $18 or so!

Thankfully, the then-Treasurer on Treasury advice went public saying the Government was behind our banks and the rest is history — lovely history for those who have believed in the potential of this company, as its share price below shows.

The share price has risen 596% for me and you can see why I rate the brainiacs that power the business and its share price.

By the way, that fall from grace for Macquarie in the GFC wasn’t just a nasty market treating banks badly, but there were question marks over the bank’s business model and a well-known short-seller, Jimmy Chanos in the US, had been predicting that the business and the stock price was heading for a fall.

This came from marketwatch.com in 2007: “SAN FRANCISCO (MarketWatch) -- Jim Chanos, founder of one of the largest short-selling hedge funds, highlighted infrastructure specialist Macquarie Bank as a compelling short trade during a presentation in New York earlier this week, according to two hedge-fund investors at the event.  “Chanos, managing partner of Kynikos Associates, said Sydney, Australia-based Macquarie MQBKY -0.90% (MBL) relies heavily on off-balance sheet financing and related-party transactions,” the two investors said on condition of anonymity.”

Jimmy also pointed out that the company has a cult-like devotion among some investors and pays its people lavishly!

The GFC taught the local outfit quite a bit and it changed its business model after surviving the crash and was helped by the fact that Australia was the only Western economy not to go into recession in those times.

I know “pivot” has become a popular term of the lockdown land of 2020-21 but exceptional performers like Macquarie were into pivoting way before most of its rivals.

Its success comes from the over-arching business model that they employ smart people, encourage them to think outside the square like an entrepreneur and then give what most entrepreneurs lack — capital and high-level expertise.

These guys never keep playing the same game and showed how it was reading the trends for modern corporations by appointing the exceptional Shemara Wikramanayake as CEO in 2018, and the share price since has reinforced that wise decision, rising 67% since her appointment.

And while the overall stock market is up 4% since the high before the Coronavirus crash, MQG is up 15%, showing what the reward is from thinking outside the square.

And its latest pivoting is to jump solidly on the ESG bandwagon, which it thinks will be a profit and share price driver into the future.

In a report from March this year, MQG called it “ESG goes mainstream”. For those behind the times, ESG stands for Environmental, Social and Governance issues.

These were their opening lines: “ESG is in the midst of an explosive growth phase. Investors are focused on investment options that incorporate ESG principals, investment managers are integrating ESG criteria into selection processes and businesses are increasingly focused on being better corporate citizens.

We see this as a very positive development. Better corporate citizens should, in time, be rewarded with a lower cost of capital and higher valuations. At the same time, more socially and environmentally aware behaviour has obvious positive implications for the wellbeing of the planet.”

And it’s not just MQG writing about it — it’s putting skin in the game. This from the SMH’s Nick Toscano shows it: “British energy giant BP and Macquarie Capital are assessing plans to transform the former site of Australia’s largest oil refinery into a clean-energy hub that could produce and distribute zero-emissions fuels including “green” hydrogen.”

This comes as the Morrison government shoots to make Australia a leading global hydrogen exporter by 2030 helped by the $370 million ploughed into the Clean Energy Finance Corporation fund for new hydrogen projects.

The great rugby captain John Eales once told me in an interview that “legends leave clues”. And Macquarie is a legend, whether you like them or not, and their current actions are telling us where money will be made in the future. It will be an alternatives with a real clean and green inclination.

In the racing game they tell me it’s wise to follow the smart money and MQG is the home of that kind of stuff.

But don’t just believe me, look at this from prophetinvest.com: “Over the past 10-years, MQG has made excellent returns for investors with their share price increasing 466.92%. Each year the share price has made an average gain of 41.66%, while also averaging a dividend yield of 15.04% over a ten-year period. Investors have enjoyed a 56.70% return averaged over the long term.”

That looks like a legendary business worthy of a bit of national praise. And even if you don’t want to invest in MQG, they are showing what sectors and investing themes will be silly to ignore.

I know sportstars are great entertainment value but they don’t make you money like the team at the millionaires factory!