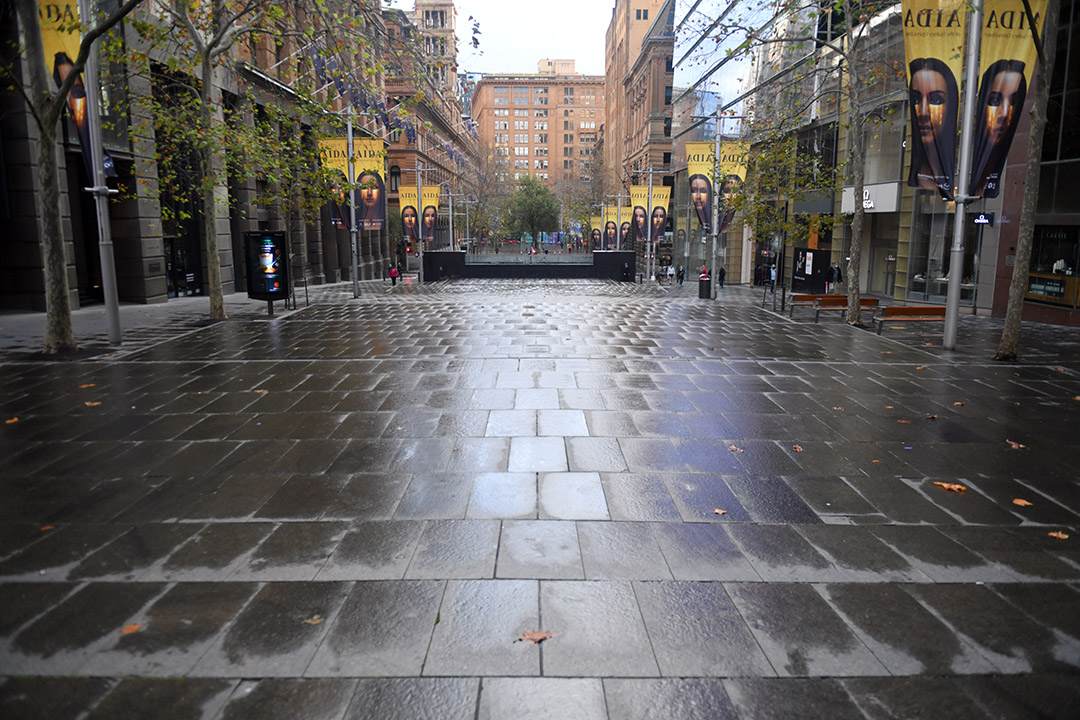 Who's right on lockdowns: business, politicians or doctors?

There’s an old US saying that goes something like this: “If 100 businessman says something is OK, even if it isn’t, then it could easily become law!”

I thought about this after reading the finance press talking about business groups not being happy with the PM’s reopening of the economy plan. They want it to happen ASAP, which makes a lot of sense to anyone in business and to those who believe that anything worth doing is worth doing for money.

But politicians aren’t as one dimensional as many business leaders. These men and women have a reasonable respect for money but rate voters and their votes more highly, and dead people are no help to politicians.

Rationally, albeit with a narrow look at life, business wants certainty. That’s understandable. And while Australians hate lockdowns, more Aussies probably hate the idea of dying of a clot, no matter how small the chances of it happening.

That belief has to frighten politicians. That’s what business leaders are trying to ignore, which is strange given that anyone in business should really be good readers of their customers’ moods.

Talking to The Australian, the Australian Industry Group boss Innes Willox says “state governments needed to abide by the plan and open up when the new vaccine thresholds are met.” He insists “business have had enough of lockdowns” and “the thought of more lockdowns this winter terrifies people”. But so does a clot from a vaccine. That’s why Pfizer is needed ASAP.

On Sunday, Qantas chief executive Alan Joyce said having “clear metrics” about the next phase of the recovery was critical but he warned the public was “not of a mindset to say lockdowns should be continuing into next year”.

He’s right in saying that a majority don’t want lockdowns in 2022 but they do value lives more than business goals. The landslide victories of Labor in Western Australia and Queensland where the respective premiers put lives before business, showed what voters rate as important.

Over the weekend, we saw ScoMo’s four step plan to get back to business normal by next year. But there are no dates for the goals. And while that’s frustrating business, there are just too many unknowns right now.

It doesn’t matter what business leaders and smart alec media commentators say, the great hope has to be to have adequate supplies of safer vaccines like Pfizer and Moderna.

These aren’t expected in bigger quantities until the last few months of this year at best.

In the interim, there are token changes such as the halving of the tightly restricted number of international arrivals to a cap of 3,000 a week. But this has many Australians pondering why anyone can come into Australia unvaccinated?

There could be arguments why flight crews, international visitors and returning Australians can come unvaccinated, but one of the great failings of all government spokespeople has been a refusal to explain why more severe restrictions aren’t on the potentially most dangerous of people coming here, and those locals who interact with these threats to life and business.

For example, why can’t we tell airlines that their crew can’t come here unless they’re vaccinated?

In terms of the crucial aspects of the PM’s reopening plan, medical experts at the Doherty Institute in Melbourne will decide over the next month on the right percentage of the population being vaccinated that would allow a move to stage two with fewer restrictions, particularly for those who are vaccinated.

‘Stage three of no more lockdowns and no restrictions for vaccinated travellers and stage four with no caps on arrivals for anyone are so remote as to be meaningless,” argues the AFR’s Jennifer Hewitt. She’s right but there has never been a challenge like this for any local politician, so it has to be ‘let’s just suck it and see’.

NSW Premier Gladys Berejiklian has speculated on a vaccination target of 80% of the adult population before NSW begins reconsidering Covid-19 public health measures. This underlines the importance of two big issues that will determine the end of lockdowns and life — both social and business — getting back to normal.

The first is the greater availability of Pfizer and Moderna vaccines. The second is how quickly we get jabbed.

While too many worrywarts stress out about Australia being locked up until late 2022, one of the smartest Coronavirus ‘experts’ — economist, bond market fund manager and AFR columnist, Chris Joye — thinks our economy will be looking more normal by the middle of next year.

He sees foreign students and travellers returning with open borders and a very high rate of vaccination helping to power all this. I agree, provided the supply of safer vaccines arrive by October and we Aussies stick out our arms. I hope there are both government and even employer ‘sticks and carrots’ to make us get jabbed ASAP.

The best news for optimists like Joye and yours truly was the revelation that 500 GPs across the nation would begin offering the Pfizer vaccine to those aged 40 to 59 from this week, as the government ramped up the rollout.

Sure, the uncertainty of the vaccination rollout, the likelihood of more lockdowns and the fact that lots of Aussies don’t want to gamble on AstraZeneca are reasons for business to be negative. But like a lot of things in the money world, the doomsday scenario is often exaggerated.

I’m investing in reopening stocks on the basis that the optimists often show the pessimists the errors of their ways, despite the fact that they’re incredibly slow learners!