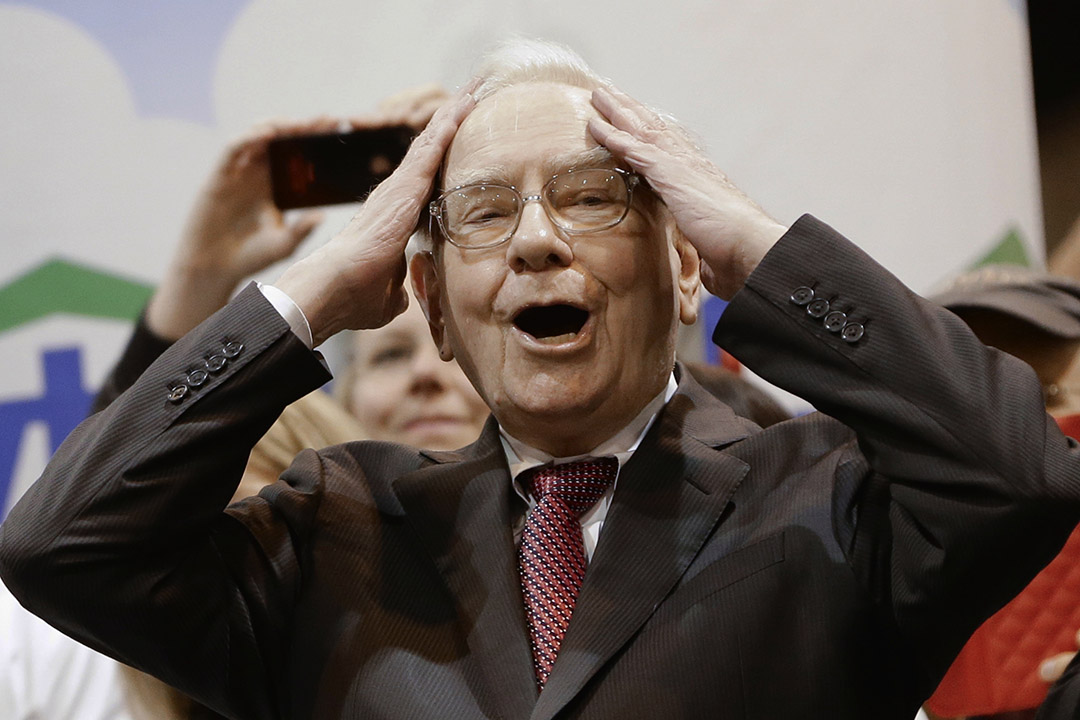 I love investing in the stock market, and the best way to have a meaningful relationship with the share market is to be an investor rather than a speculator. And like all good relationships, they’re often forged with a commitment to having a long-term association.

This isn’t my unique view but was nicely put together by the legendary investor Warren Buffett, founder of Berkshire Hathaway, who once amusingly observed that, “We believe that according the name ‘investors’ to institutions that trade actively is like calling someone who repeatedly engages in one-night stands a ‘romantic’!”

So let me unpack this typical witticism of Warren’s to give you a lesson in investing in stocks that you should never forget.

What he is saying is that the short-term trader or speculator can make money. And the better they are at interpreting the market, with its ups and downs, the better they will perform. However, it can be like the punter who goes to the races and tries to win on every race. Generally, that doesn’t work out.

In contrast, imagine someone who identified that Winx was in a class of its own early in her career and therefore only backed that horse. After an OK start to racing, this wonderful filly strung together 33 wins in a row!

Aussieraces.com has done the numbers on Winx versus the unbeaten Black Caviar and her 15 wins and this is what was found:“From a betting perspective, Winx comes out on top as the punters’ pal. If you backed her in all of her races you would have made a 60% profit on your investment compared to a 32% return with Black Caviar.” That’s 60% over six years. And while this return is miles better than most punters’ experiences with the four-legged lottery called horseracing, plenty of stocks have been much better performers. I’ll prove that in a moment.

A trader or speculator that buys and sells can succeed, but history shows most fail. On the other hand, look at what some investors (not traders) could have earnt investing in quality companies, either from the outset or after every calamitous crash of the market.

After the GFC crash, an investor could have bought CBA at $27. It’s now close to $100. After the Coronavirus crash, it went below $60. See how it has rebounded. Its chart shows a rising share price.

And what about Microsoft?

These three stocks show the great returns from being a long-term lover of quality assets. Funnily enough, the same attitude works for your love life as well, unless you’re a committed one-night stand merchant!

Of course, these are high-flying best-of-breed stocks — thoroughbreds if you like. But what about a less flashy but more reliable progeny of the stock market?

When I listed my Switzer Dividend Growth Fund on the stock market in February 2017, I wanted to create something that would provide regular dividends for retirees who were disappointed in low term deposit interest rates. That said, none of us imagined that interest rates would be closer to 1% or even 0%, as they are for bank deposits nowadays.

This fund listed at $2.50 and is now at its all-time high of $2.70. But like most funds and shares, the unit price went south big time with the Coronavirus crash of the market.

It went as low as $1.81. And that was the time to ‘fall in love’ with SWTZ, as it has rebounded 50% since then. This fund has about 35 stocks in it, and the fund manager, Marcus Bogdan, has the job to select these companies. The general goal is to make about 4-5% on the dividends plus franking credits. And because it’s also a growth fund, it makes a bit on the rising share prices of the stocks in the fund.

Like all relationships, there are ups and downs but the group of shares in the fund have a history of delivering income. And because there are 35 or so companies, there’s diversification, which helps smooth out the occasional rough times for some companies.

The annualized 6.1% return has been pretty good, considering the fund has had to cope with the China-Trump trade war and the Coronavirus crash of the market. It has had some solid pressure-testing.

So to sum up, note this lesson well.

The investor generally who creates a money-relationship with long-term loveable stocks will get rich slowly, but they will have less sleepless nights than the speculator who is into one-night stands and who will get some thrills and, of course, spills.

And interestingly, when stock markets sell-off big time and crash, as they often do around every 10 years of so, it becomes a new time to fall in love with more of these quality companies. These buy-and-hold stocks have often been dumped by one-night stand merchants who have been taken to the cleaners because of the crash. So it’s a real buying opportunity for the long-term lover.

And if you have a big commitment to the kinds of companies you want to be with for a lifetime, it will be a rewarding relationship.

And let me throw in this most logical Buffett lesson: “All there is to investing is picking good stocks at good times and staying with them as long as they remain good companies."