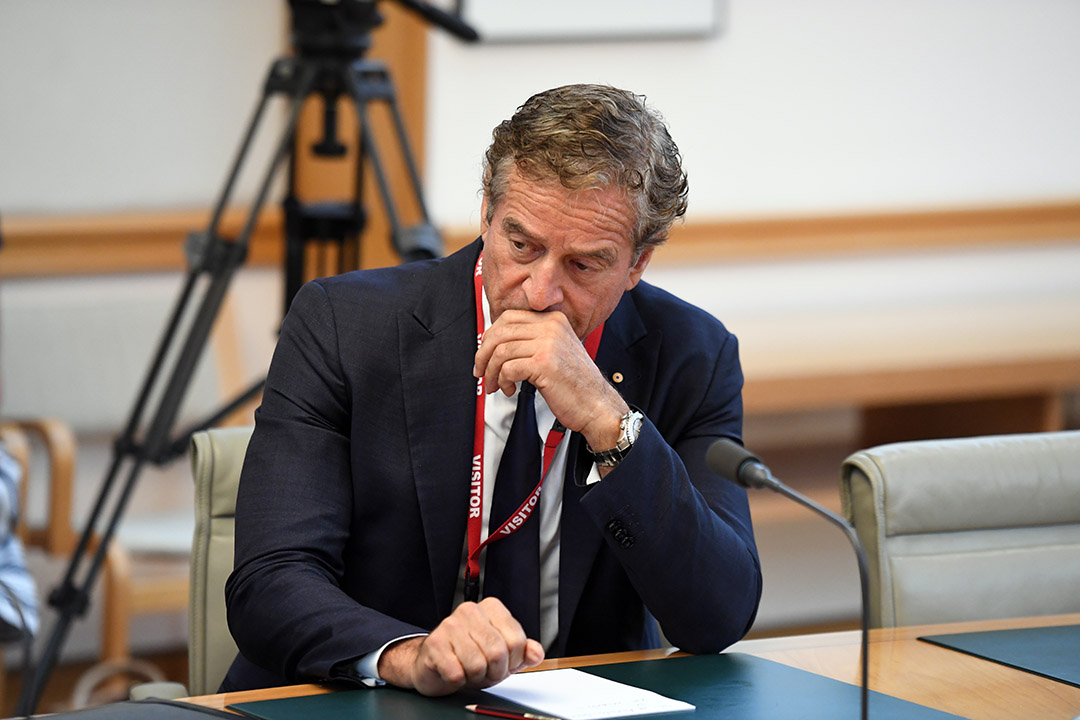 What Mark Bouris taught me this week

This week as the world said bye-bye to President Donald Trump, I interviewed Mark Bouris, one of the country’s most successful business builders, who in a former life was the man who would be Donald on the local version of the TV show, The Apprentice.

And in a wide-ranging interview on how anyone can embrace the actions to be successful, he surprised me when he explained why he wouldn’t do another TV programme like The Apprentice. The reason for this has to do with a word you don’t often link to the ‘tough’ guy Bouris (who does boxing for fun and fitness) and that word is empathy!

I’m a great believer that legends leave clues, and Mark is a legend. He believes in the importance of being influenced by insightful coaches. I totally agree. And because I’ve been lucky enough to hang out with some of the greatest business brains and brand builders of all time, from Richard Branson to Gerry Harvey to Nigella Lawson, I feel I have to always be thinking about the answer to a question that many aspiring successful entrepreneurs ask me.

Here’s that question (and I reckon every grown up should have an answer to it so that you can prove that you’re a grown up) and it goes like this: “How can I be successful?”

Of course, if you think you haven’t achieved success in your lifetime in at least one area, you might think having an answer to a question like that, which could come from a family member, a younger employee in your business or a work colleague, isn’t really relevant for you. But you’d be wrong.

Radio legend and rugby coach, Alan Jones, never was a great rugby player — tennis was his game and he was good at it — but he learnt what it took to pull of the grand slam of wins against England, Wales, Scotland and Ireland in 1984. This was the first and only time this has been done by the Wallabies.

Whether you’re a fan of Jones or not, as I said before, legends leave clues. In the case of Mark Bouris, he says his greatest influence was his Dad, who was always ‘having a go’ at different activities to build income.

“He worked in a factory by day but with his brothers they were always coming up with new ideas to make money…they set up a property business and built houses and even got into technology for things like blades that swimmers might use to build resistance so that they could become stronger and better,” he recalled.

Mark thinks it really helps if someone is driven to improve their lot in life. And that’s what he believes was important to his Dad. And it works for him as well. He also saw his Dad try ‘stuff’ and it gave him a belief that there’s nothing you can’t do if you try it and learn it.

The enduring gift from his father was to understand the importance of resilience.

And after he qualified as a chartered accountant, he learnt from some of Sydney’s most influential lawyers and accountants. Later in life, Mark learnt a lot from the likes of Kerry Packer.

Looking at what a business or career builder needs to do to succeed is to have a written down plan. But as he insists, it should be a collaborative document involving the key people who’ll make or break the plan. And then he says you need to assess it monthly to see if things need to change to ensure the plan delivers.

Like me, he sees a S.W.O.T. (looking at strengths, weaknesses, opportunities and threats) on a business is crucial in formulating the plan. However he sees it as even more important for a leader of a business or an individual plotting career advancement to do a SWOT on themselves.

Mark sees the consequence of a deep look at yourself via a S.W.O.T. is for many aspiring winners to then seek coaching. “Rugby league great, Jack Gibson, used to say play to your strengths and train to your weaknesses,” he said. “That’s where learning comes in — you can learn around your weaknesses and you can learn around your strengths as well.”

He recently interviewed John Kavanagh, who is the coach of Conor MacGregor and, arguably, the greatest UFC fighter in history. “Kavanagh is a mathematician and mechanical engineer, so he’s very logical,” he explained. “And his attitude to business is win or learn, and count your wins and give yourself a pat on the back when you win…”

Mark says Kavanagh argues there is a strong neuroplasticity win for an individual by focusing on what you’re good at. And when you don’t win, see it as a “learning event.”

And yep, Mark isn’t too successful to not see himself be a learner too. And this desire to learn has been at the hands of a changing world. “Empathy is a bigger part of society than it has ever been in the past,” he insisted. “Everybody has a say nowadays… and you have to be acutely aware of what your customers want and acutely aware of what your staff wants…the key to success in the modern setting is to be empathetic.

In a surprise revelation, he revealed he’s a beekeeper and said that while we all think the Queen bee is the most important bee, if the drones who service her are unhappy with her offspring “she can literally be kicked out!”

He says proprietors are like Queen bees and can become irrelevant if they don’t give what customers and their staff want!

And how things have changed when it comes to Mark Bouris and empathy.

In his Wizard days, he was accused in his business of giving poor performers a “bourising”, which he says was the basis of Donald Trump’s The Apprentice show.

“That show was about giving people a “bourising” — the whole process of that show was about putting shit on people,” he admitted. “And that’s why I don’t do that anymore because that style is no longer appropriate.”

He confesses he’s not a new age angel but says he’s adapting to demand. And if it means society makes Mark Bouris a better Mark Bouris, well and good.

Click here to watch my full interview with Mark Bouris on Grow Your Business.

The true pandemic of the 21st century
Could sustainability set your next event apart?
How many Aussie businesses are going broke?
I want to invest in environmental and ethical products but what’s greenwashing?
If James Packer loses his crown, he’ll get even richer!