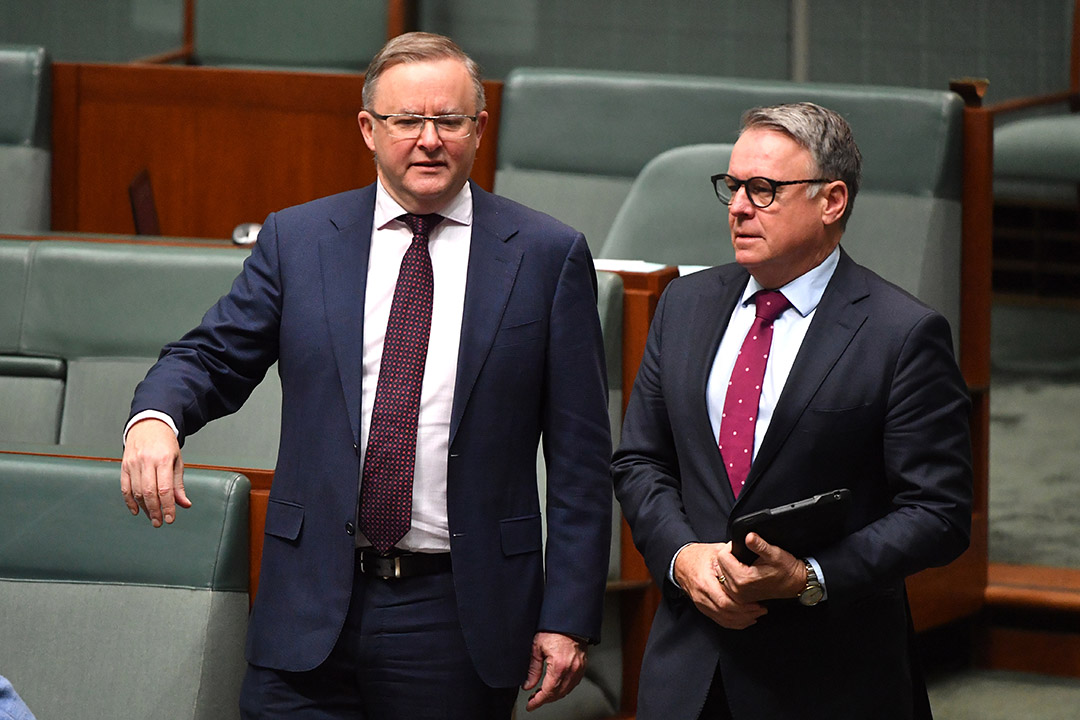 What Labor has to learn from Donald Trump!

The Labor Party is potentially heading for another split of Rudd-Gillard-Rudd-Shorten proportions after the party’s leader Anthony Albanese and former shadow cabinet minister, Joel Fitzgibbon put on a huge stink.

Phillip Coorey in the AFR tells us “About one quarter of the caucus supports Fitzgibbon, another quarter supports his views but not his methods, while the remaining half ‘hates him’, said a source.”

The depth and the anger associated with this problem ironically suggests Labor should take a long hard look at Donald Trump’s MO if it ever wants to be in government anytime soon. More on this later.

Joel Fitzgibbon thinks the new Labor Party is ignoring old Labor supporters, who are now being labelled hi-viz, blue collar workers and who work in industries that are not loved by the Greens. Joel has the seat of Hunter which is coal territory and so he has to try and make Labor remain relevant to his voters as his party also tries to stop the leakage of younger voters to the Greens.

It’s a conundrum for Labor and Albo, and right now they are not on the same page in trying to sort it out.

On top of that, media insiders like Cooret say talk is that a number of Labor members aren’t impressed with Albo’s showing so far.

After the Queensland and US elections, he suggested that Labor and Biden’s support for climate change policies were winning policies and should be used to portray Prime Minister Morrison as virtually a dinosaur.

I recall seeing Albo on a news program on the day after the Queensland election with his R.M.Williams hat on, strolling around celebrating Annastacia Palaszczuk’s win saying that her climate change position didn’t hurt her chances of winning.

He seemed to be ignoring that her border policy as a safeguard against the Coronavirus was the real issue that won her another three years in the top job.

The left-leaning website — theconversation.com — recently told us: “We found Queensland voters supported new coal mines, and this was definitely a factor in the federal election. But the influence of coal mines as an election issue in Queensland was similar to that in most other mainland states.”

I don’t want to get into this issue and Queensland but I’d say, as theconversation.com has explained, coal is an issue that the democracy of Australia hasn’t come to an agreement on.

Undoubtedly a big number of Australians believe in climate change and want changed policies on coal but Labor seems to be willing to ignore the big group that have doubts on the issue and are afraid of the jobs, income and export ramifications of going to green and left on the subject.

And this is where Labor can learn from Donald Trump.

Like him or loathe him, he knows his ‘customer base’ and in 2016 he pitched effectively to that base which felt ignored by mainstream and traditional politicians. And even though his antics over the past four years might have annoyed some who voted for him, if it wasn’t for the Coronavirus and then his mishandling of it, he could have easily won the most recent poll.

Labor has an enormous challenge trying to marry the green-leaning Labor voters with the old Labor workers who are miners, labourers, tradies and service industry workers who think their income is more important than a cause that could leave them jobless.

Labor needs a leader of Trump’s perception and ability to market his or her message more professionally.

The big question is what is that message, and that’s what Joel and Albo have come to near blows over. Until this is sorted, Scott Morrison’s job looks pretty safe.