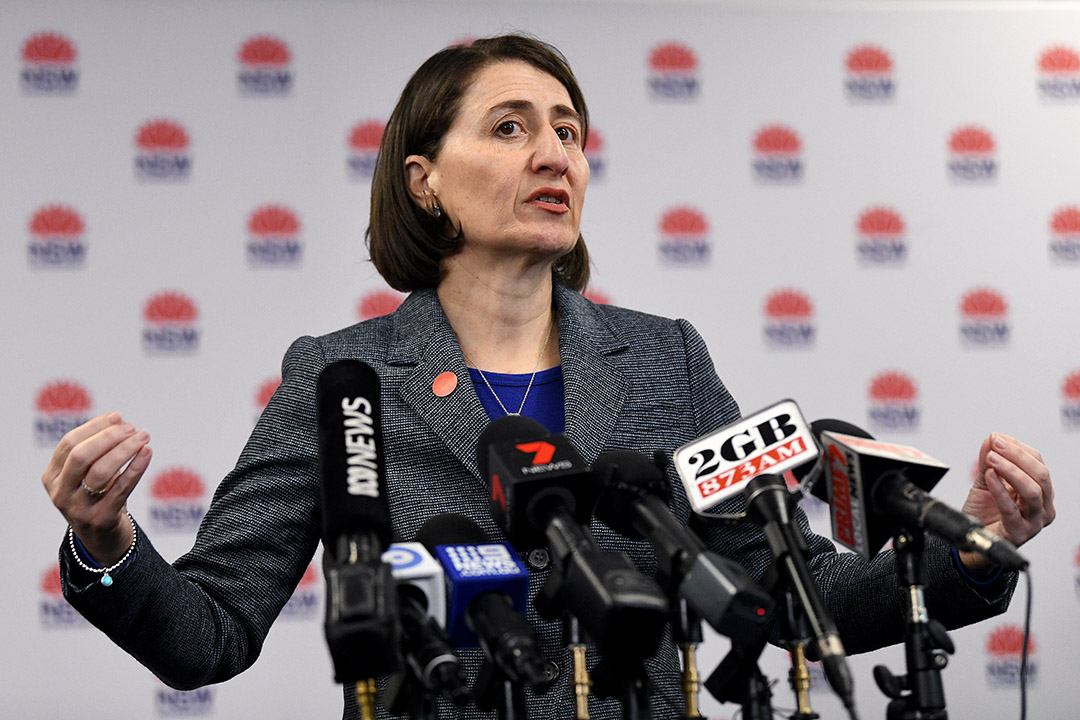 What do we need? Guts. And who needs to show guts? Gladys.

Desperate times call for desperate measures. Well that’s the old cliché that has been used by many to justify bad actions.

And then there is the better old sporting cliché that suits lots of situations where change is needed, which goes like this: “When the going gets tough, the tough get going.”

However, I prefer a more cerebral approach to difficult problems that was ‘gifted’ to me by the man who coined the term: “Thinking outside the square” or lateral thinking. That man was Edward de Bono, who I interviewed many years ago on a number of occasions, two of which happened when I hosted Talking Business on Qantas.

This guy taught me that the best in the world, no matter what area of endeavour they might be in, stand out from the crowd by out-thinking their competitors. And the starting point is to think outside that square that most people are boxed in by.

Right now we need our politicians/leaders to be great lateral thinkers and I have to say Job Keeper certainly fits the bill. As someone who has commented on economics and politics since 1985 in major media outlets, this was a ripper of an idea.

In fact, the great ideas that have had a big impact on our economy and lives have come from gutsy leaders who took risks. Let me list a few:

These were big gambles and collectively explain why Australian grew for 29 years without a recession. That was a world record for an economy.

These big gambles by leaders, who think outside the square, don’t happen often. But with our economy challenged by the once unthinkable — a pandemic, for God’s sake! — this is the time for our leaders to get lateral in their thinking and show some guts.

The best video in modern times of a politician with guts was the former Kiwi PM, John Key, who let loose in the NZ Parliament after the Opposition wouldn’t support measures to fight the “bad guys” of the Middle East after a Jordanian pilot was shot down and burnt to death and kids were executing soldiers and so on.

John Key is a friend of mine and I’ve tagged what he said his “get some guts” speech. You can watch it here: https://www.youtube.com/watch?v=38abHfFqr3s

Right now we need politicians to get some guts to make sure their timidness doesn’t lead to a lockdown in NSW because the Oz economy can’t afford the biggest state going down the infection and lockdown road of Victoria.

Here are some ideas that gutsy outside the square leaders could think about to beat the Coronavirus impact on the economy:

If you have any other ideas, let us know!

Our economic future and the health of vulnerable Aussies are in the hands of our leaders. If we don’t contain the infections, people will die and the economy will also have a near-death experience.

I don’t want to wear a mask but I will if it’s made compulsory and my own behaviour shows how we need to be led.

In his book The Rockefeller Habits, Verne Harnish pointed out that with employees, like with kids, having a few clear rules and repeating them all the time is a productive way to get people to do what’s needed to succeed. In a family setting it can deliver not only peace of mind but collective happiness!

Go our leaders and remember this cliché: “No guts, no glory!”

Meet President Biden
Yes, yes, yes, the recession is dead
If Biden wins, what will happen to the US stock market?
Cyber crime – it’s on the rise
Thanks for helping Andre