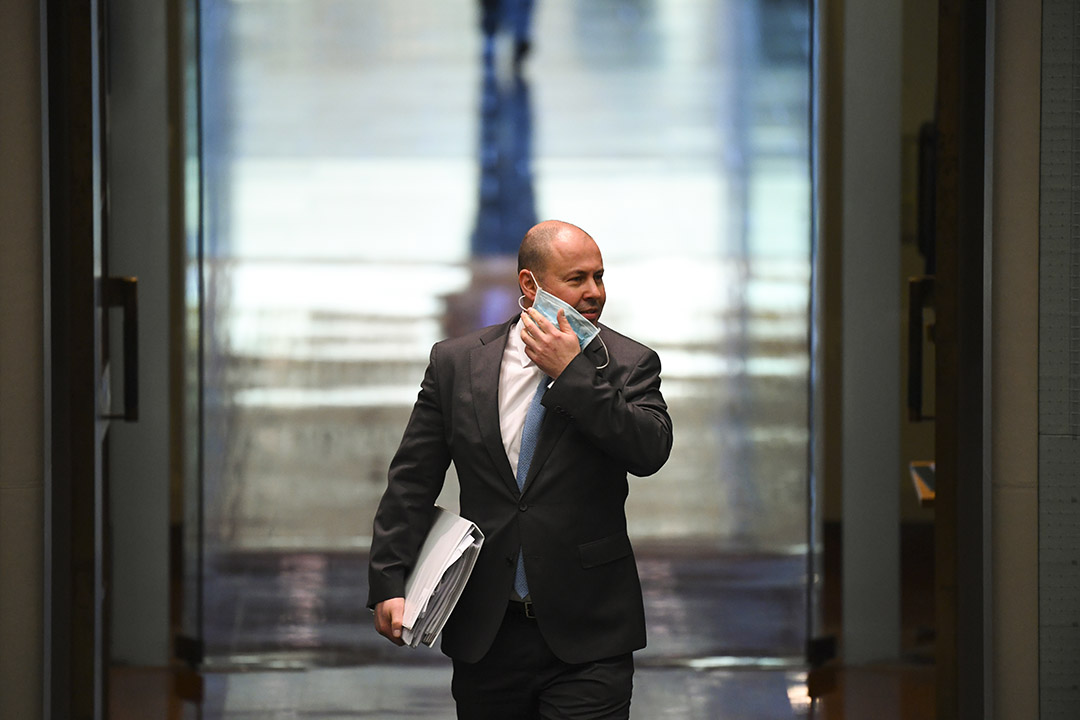 What can Josh Frydenberg learn from The Three Stooges to save our economy?

Six weeks out from the October 6 Federal Budget and business groups are telling Treasurer Josh Frydenberg that they want and need planned and promised 2022 tax cuts earlier by January 1 next year. And this comes as we await the latest on how bad this recession is, with economic growth (or to be more precise, economic contraction) figures out on Wednesday.

Adding more fuel to the worry fire, The Daily Telegraph today says hundreds of small businesses, (I’d say thousands) “are on the brink of collapse with no cash flow to cover their expenses while waiting for larger companies to pay their bills.”

Offsetting this problem are JopKeeper payments for some. But if bigger businesses that are in trouble are delaying their payments, then we could have (what I described on Ben Fordham’s 2GB breakfast programme this morning) The Three Stooges effect!

The Three Stooges was an American vaudeville comedy that ran from the early 1920s to 1970. When things went wrong, the key stooge, Mo, would always slap Larry in the face, then Larry would turn and slap Curly in the face. Curly would then swing around and hit fresh air!

SMEs at the end of the line have a Curly challenge. The Small Business Minister, Michaelia Cash, is to introduce a scheme for businesses with turnovers over $100 million, who’ll have to publish their payment times. If these times are not 30 days or less, potentially they could be named and shamed. That actually hasn’t been promised but there’s no point doing this unless big businesses are punished if they don’t play fair.

Since Scott Morrison became PM, the Government has introduced 20-day payment times for small business Federal Government contracts up to $1 million and has been actively pressuring the big business community to follow suit, with a large number of big businesses already reducing payment times to 30 days or less.

I think the $100 million turnover is too high and could easily be halved to catch a greater number of slow payers. Right now, CBD-based operations or those providing services to CBD businesses and badly-affected industries, such as travel businesses, need all the help they can get. That’s why tax cuts to welcome in 2021 would be a well-timed tonic.

But the question is this: after throwing so much at the Coronavirus rescue plan and seeing the expected budget deficit forecasted by Treasury grow to over $184 billion plus, can tax cuts be afforded? By the way, that $184 billion number was predicted before Melbourne went into lockdown, so it will be bigger.

That said, if the economy falls off the proverbial “fiscal cliff” when JobKeeper is phased out between September and March next year and JobSeeker becomes less generous, then we could relapse into recession, which will smash the budget deficit anyway!

The Australian Industry Group wants even more aggressive tax changes. It wants businesses with turnovers less than $1 billion to enjoy a cut in the company tax rate of 25% that’s currently limited to firms with a turnover under $50 million.

The SMH’s Shane Wright says the Government has been hinting that some of the tax cuts could come earlier and they could be the centrepiece of Josh’s Budget, which will be the biggest deficit in the country’s history!

Setting the scene for what can be afforded and what has to be afforded, remembering that the deeper and the longer the recession, the bigger the budget deficit because big unemployment queues not only mean more dole payments but less tax collected!

On Wednesday we see how bad the recession was in the June quarter. We once were told it could be a 10% contraction. Then that went to 8%. Now economists think it could be between 7% and even 5%! This is great news but it was all before Melbourne went back into lockdown in July.

Some economists still think a small positive growth number could come out of the September figure, even with Victoria’s problems. However, one thing’s for sure, as JobKeeper is phased out, banks start expecting people to pay back their loans and landlords look for their normal rents, something might be needed until a normal economy is restored with open borders and airlines actually flying people internally and externally.

Tax cuts look like the best “something” a Treasurer could do. I’d also try some mature negotiations with our number one trade customer — China. We don’t need to grovel to Beijing but we also could avoid excessive poking of the ‘panda bear’ called China.

RBA economists showed how important China is to Australia and concluded: “We show that a slowdown in Chinese economic activity of around 5 per cent could result in a decline in Australian GDP of up to 2½ per cent, depending on the nature of the scenario.”

I know it would be nice to tell China to “go stick it” but as I often argue, anything worth doing (like being diplomatic with China) is worth doing for money! And with this Coronavirus threat, we need money like never before. We have to be careful of being on the end of the Three Stooges line where Donald Trump slaps China and then China slaps us!

Good morning, Australia
Could Vonex be the next big telco stock?
And the winner is…Donald Trump! Really?
Yahoo! Frydenberg wants to give responsible lending the boot
Australia: Home prices in focus