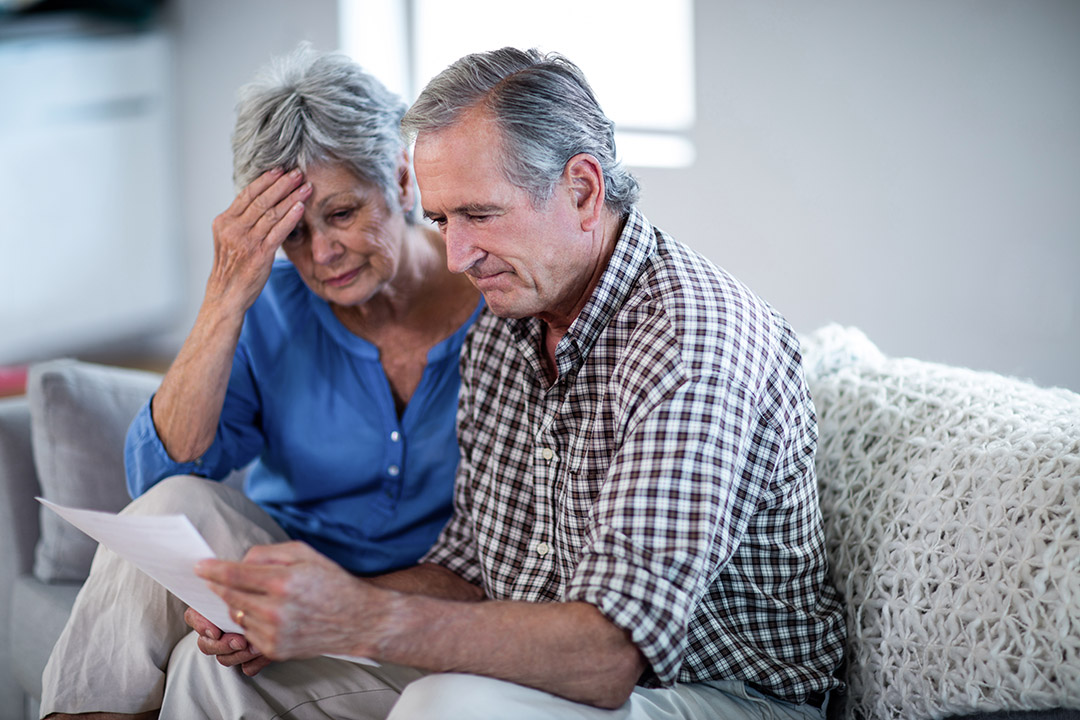 Wealth-builders and retirees, STOP WORRYING about your capital!

This week I’ve come across two retirees who should be living comfortably without any worries but they fear losing capital. And they fear that government guaranteed term deposits are paying too low an interest rate but their greatest threat to their mental and material comfort is fear itself!

Franklin D. Roosevelt’s famous war cry with his New Deal policy designed to drag the US out of the Great Depression is so timely and apt for these people. It was his inaugural address as a Democrat President and he told the American people what I’d like to say to all nest egg worrying Australians: “The only thing we have to fear is fear itself.”

Sure, I get it, the unknown is worrying and most retirees or 50-somethings thinking about retirement would love to take their nest egg (say it’s $1 million) and happily live on $50,000 a year tax-free because they’ve wisely got their money in their super fund.

One retiree who I’ve known for years was exactly in that situation. He yearned for the days of 5% term deposit rates, knowing a safe $50,000 was coming into his bank account. However, he wasn’t thinking that his real payback was only 2% in those days because inflation was 3%. But that’s a story for another time.

What I want to explain is that those who worry about preserving their capital all the time will miss out on the potential income that will give them a good material life over time.

Over the years I’ve seen it with financial planning clients who’ve been stressed out when stock market returns are smashed by the dotcom crash, the GFC and the Coronavirus. This chart from Citi shows you the kind of things I watch to alert clients that we need to get cautious with our investments. It’s a bear market checklist and with the year 2000 dotcom crash, 17.5 out of 18 indicators screamed “get out!”

In 2007, it was 13 out of 18 that were worrying, and if the debt ratings agencies were more forthcoming about some dodgy investment products at the time, we might have had 15 out of 18 indicators warning us it was time to go defensive. But what about 2020? The bear market score was 4/18 so any adviser who missed going defensive was in bloody good and big company!

Of course, it didn’t stop some clients getting annoyed but I simply told them that we have you in good investments and they will rebound. And that’s pretty well what’s happening and it’s occurring faster than I thought. We need a 9% gain in the S&P/ASX 200 and we’re back to where we were before the virus came to town.

Where are all the doomsday merchants and media experts who told a story that scared the pants of people who are unsophisticated wealth-builders or -preservers? They never say sorry for scaring people into cash or spooking them into selling properties as they continually ring the bell on a day of reckoning.

By the way, we’ve had days of reckoning — October 1987, the dotcom crash, the GFC and the Coronavirus crash were all losing times — but markets come back, economies recover and optimists ride out the bad times, provided they keep the faith on a tried and tested strategy.

My strategy is always to invest in quality assets that pay income, and occasionally I go for big returns out of growth stocks. But the core is quality, safe income payers. That said, unlike the worrywarts out there, I don’t worry about my capital because my income is good.

I asked the team who look after my Switzer Dividend & Growth Fund, which is a listed fund, how the fund has delivered income. It hit the stock market in February 2017 at $2.50 and the price reached the heights of $2.70 and slumped to $1.60 with the crash this year in March, but it has rebounded and is now at $2.40.

Anyone who was a believer and wasn’t scared about our economic future would’ve made 50% in less than nine months if they bought more then, in what’s really a pretty safe fund over the medium to long term.

The fund manager invests in about 35 stocks that primarily give income through dividends. But he also shoots for growth when he thinks the market has got their company assessment wrong.

The team says that if someone had invested $1 million in the fund on inception and left it there, they would have pocketed $250,000 in income, or 25% for an average yield of 6.9%, if you throw in franking credits.

But to get that good return, despite Donald Trump and his trade war in 2018, the Hayne Royal Commission that hurt bank dividends and bank share prices, along with COVID-19 that really smashed dividends and share prices, it shows something important.

In 2019 as the stock market rebounded after Donald Trump and China agreed on a trade deal and the Fed started cutting interest rates, and companies with lots of franking credits got rid of them fearing Bill Shorten and Labor, my fund had a gross return of 11.2%! But this year with the virus it could end up being only 5% gross or a little less, which includes franking credits.

The point is, if someone had put $1 million in my fund, (and I would never advise anyone to do that because you need diversification), they’d be up $250,000 in income since listing.

And who knows, this year the unit price might go back to $2.70 and that capital could be cashed in if more income is needed.

The SWTZ chart above tells a story that worried investors (who only want safe term deposits) should come to grips. If that’s you and you desire to preserve your capital, you’ll deplete your capital by being a scaredy cat, or you’ll be living on less that you want to.

The person who wants $70,000 a year from a nest egg of $1 million but has their money in term deposits has lost out over the past five years as the chart below shows.

By wanting to preserve their capital, they’ve shrunk it. Meanwhile, the capital in SWTZ went down to $640,000 at the scariest moments of the Coronavirus crash but now it’s $960,000.

It seems to me that it’s a very big price to pay being a scaredy cat term deposit player.

I tell my financial planning clients that I can’t be right always in the short run but in the medium- and long-run, my investment strategy to support quality assets that pay good income will see you win over time. And this chart of the All Ords shows how  the stock market rises over time on a pretty consistent slope. But you do have to learn to live through the ‘scary’ moments.

And if you can’t do that yourself, then get someone who can help you do it. The alternative is to watch your capital disappear as you seek to save it!