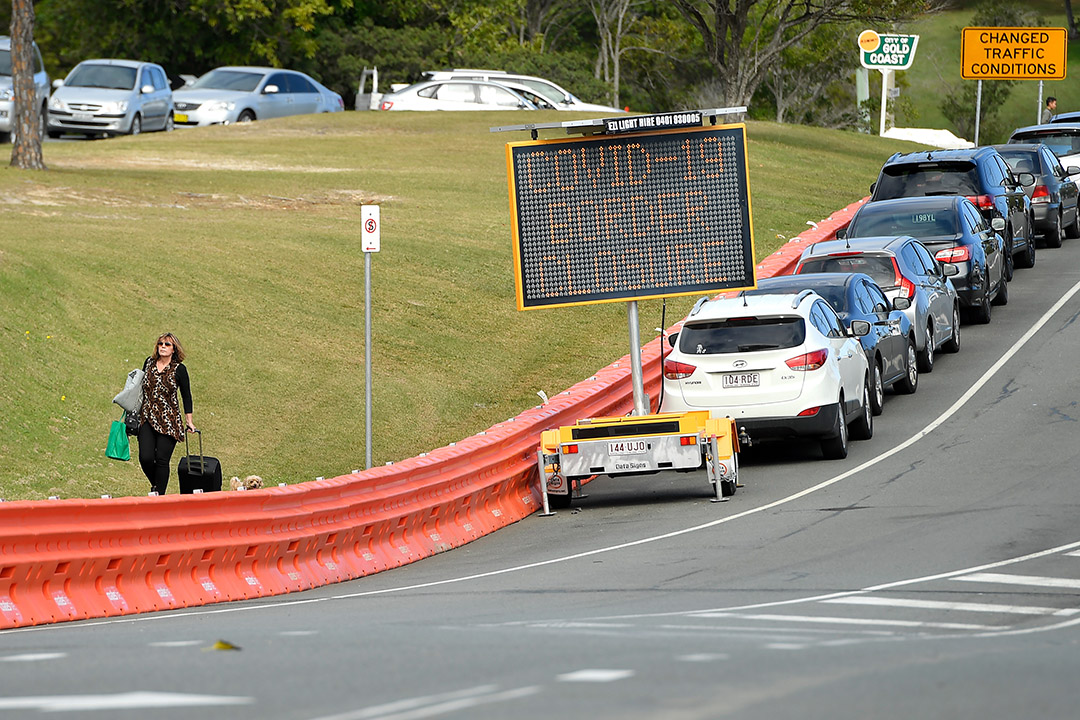 We need to talk nationally and rationally about borders

It will be called Federal Government spin, but it does look like sensible economics as well. On one hand there’s been a great jobs recovery, with 689,000 people getting their jobs back or have found a new one. On the other hand, the Victorian lockdown and border closures held firm by State Premiers are bound to hold back a bigger jobs recovery.

According to the SMH, right now there’s still a reason to be optimistic, with Treasury’s calculated effective unemployment rate going from, wait for it, 14.9% in April to 9.9% in July.

This is good news, right? Well, Treasurer Josh Frydenberg and his department (i.e. Treasury) are trying to provoke the State Premiers who have their borders shut, to contemplate that the jobless rate will rebound to 13% if interstate trade, business and people movement is impeded by closed borders.

This job was made harder with the NT Chief Minister and his Labor Party looking likely to retain power after being a strong “closed border” Premier.

His potential success will make it harder for Queensland’s Premier, Annastacia Palaszczuk and WA’s Mark McGowan to rush to a border reopening with their elections looming.

Queensland goes to the polls on October 31, which maybe the national economy could cope with, but WA’s isn’t until March 13 next year!

As politicians, the case to resist opening of the borders is understandable. They only have to point to the reinfection problems in the USA and Europe because of their rush to reopen borders and business. And of course they’d argue about the importance of lives.

However, lives are not only about being alive or dead. There are lives to be led. And being unnecessarily unemployed can ruin a lot of individual’s lives as well.

Last week, the ABS looked at unemployment around the country. What stood out was that both WA and Queensland were saving lives but killing jobs.

While the ABS national unemployment rate is now 7.5%, Mandurah (in WA) had the highest jobless rate across Australia in July at 18%! Unemployment rates are also high in Wide Bay (Queensland) at 17%.

In contrast, in NSW, the Coffs Harbour-Grafton region has the worst jobless rate in the state of 11.6%. This is a tourist area that wouldn’t be helped by border closures and a lack of flights.

On a state basis, Queensland has the highest unemployment rate at 8.8%. CommSec’s Ryan Felsman points out that the state also has “nine of the top 20 regional jobless rates in Australia.”

Not surprisingly,the strongest jobs recovery has been NSW, with 315,000 workers back in work. Until a vaccine arrives, there has to be a sensible national conversation about how borders can provisionally open to help businesses approach some new version of normalcy and save jobs.

The performance of NSW with its seek-and-destroy approach to the Coronavirus whenever it bobs up, (which permits businesses to operate and create jobs) will be critically important for persuading the “closed border” Premiers to accept that there is another way to deal with this damn virus.

Clearly, a vaccine will change everything and permit open borders to those who, in the first instance, take the needle. However, the Federal Government, State Premiers and Territory Chief Ministers have to think outside their political self-preservation squares to preserve and create jobs, while preserving lives as well.

It’s not an easy task but it’s bound to be the best assessment on whether we have voted for the right people to lead us.