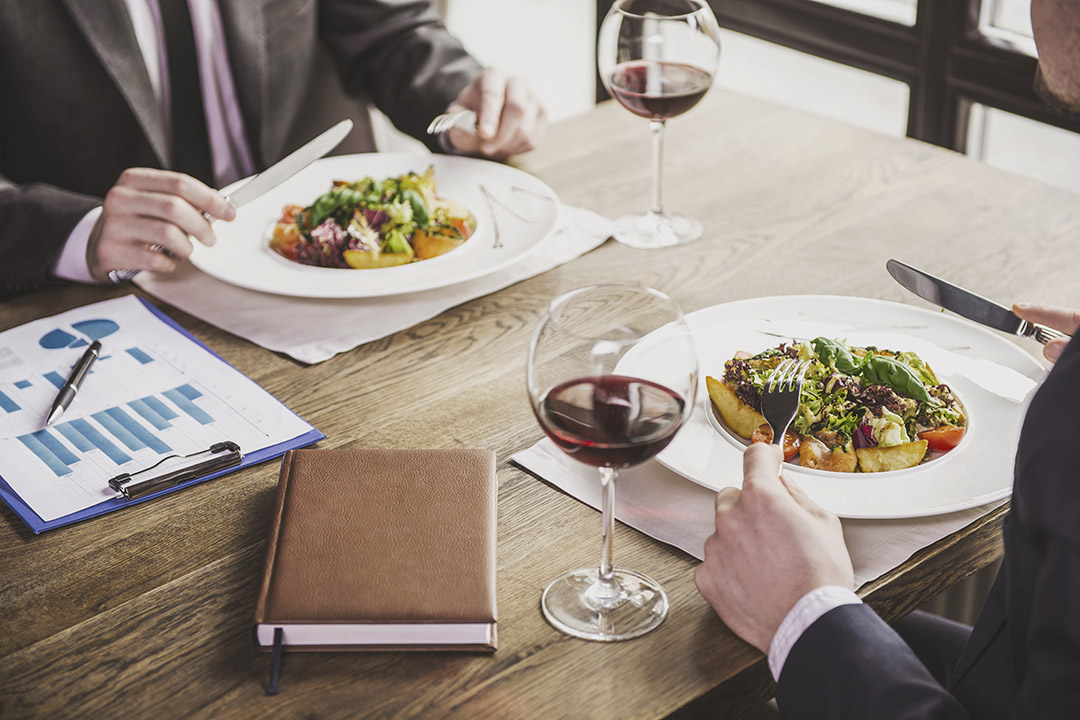 At times like these I think about the toughest person I’ve ever interviewed — the very intelligent Edward de Bono, who coined the term “lateral thinking.” You might know it as “thinking outside the square” (or box). My memory of Edward makes me advise the Treasurer to bring back the long lunch for business!

I have to confess that Tim, a listener to my spot with Ben Fordham on 2GB at 6.40 am, was the guy who asked if this was a good idea. And I think he’s on the money.

This is a crazy tax that really kills a lot of small businesses. It’s a customer killer for the 36,000 or so businesses in the restaurant, café and catering sector. This important group of Aussies employs over 550,000 workers! Given the workforce is about 12 million, you can see how important this sector is.

The term the “long lunch” was what used to dominate business circles until 1985, when the then-Treasurer, Paul Keating, introduced the fringe benefit tax (FBT).

Keating did this because his own party rolled him on his version of the GST. Well, nowadays we have a GST so why do we have an FBT as well? With the economy suffering, taking away the FBT, especially on “entertainment”, looks like a good idea. Even if this is only for a couple of years until we beat the economic negatives of the Coronavirus.

This would not only drum up business, it would take away a ridiculous impost on business. KPMG calculated that “the cost to small business in complying with FBT is a staggering $0.31 for every $1.00 in FBT paid to the Australian Government”.

Assuming you’re a normal person, can you understand the logic of this? If I take a client to a restaurant (let’s say it’s for their birthday and you want to strengthen the relationship) who ends up spending $200,000 with my business, which creates profits, jobs and taxes, why isn’t this a tax deduction? And why in the hell is there a fringe benefits tax put on my portion of the bill because I’m the employee who just might have enjoyed the meal that helped win the business!

However, if the client is fed in a catered lunch in the office boardroom, the food is tax deductible!

How anti-restaurant and anti-jobs is this?

It’s time someone, say Treasurer Josh Frydenberg, looked at suspending FBT for even a couple of years to help the economy. Then if you need to bring it back, then make it based on common sense. For example, the food could be tax deductible at a business lunch but the grog might not be.

And while on common sense, isn’t it time that the Treasurer, in trying to defend the economy and making sure it grows to create jobs, makes State Premiers recruit COVID-19 marshals for pubs, restaurants, gyms, public transport and in foyers of office blocks (to make lifts safe)? I drive past pubs and lots of places where I just can’t see social distancing happening.

Business owners who can’t make their customers practice social distancing should be heavily fined if they keep ignoring warnings from officially-created marshals or monitors.

Masks should be compulsory in many public places. And it’s high time that adults took control. In the SMH today, WHO, accused young people of partying worldwide for escalating the spread of the virus. At the risk of looking like a killjoy, it’s time for politicians to throw the switch to the “get some guts” setting.

Under normal circumstances, I don’t like any of my tough love suggestions. But if we don’t contain the spread of this virus, then partying will be on hold for a long time as we go back into lockdown.

If individuals can’t act to support the collective good, then their butts should be kicked until they see the error of their ways. And the best ‘kicking’ should be heavy fines.

Even public humiliation could be the next step if heavy fines don’t work or aren’t paid! I know this is drastic stuff but I reckon the families of those who have lost loved ones, businesses and jobs, would say public shaming is a much smaller price than what they’ve been forced to pay!

Our leaders have to get some guts. And we Aussies have to think less of ourselves and more of our fellow countrymen and women. This virus is going to be a test of the great Aussie spirit that we’re often so proud of when great teams and sports stars pull off a great result. Well, this is a time when we all have to pull off a great result to beat the Coronavirus. And it won’t happen if we don’t commit and individuals and collectively lift our game.

Afraid of being hacked or cyber-compromised?
Yes, yes, yes, the recession is dead
If Biden wins, what will happen to the US stock market?
Cyber crime – it’s on the rise
Thanks for helping Andre