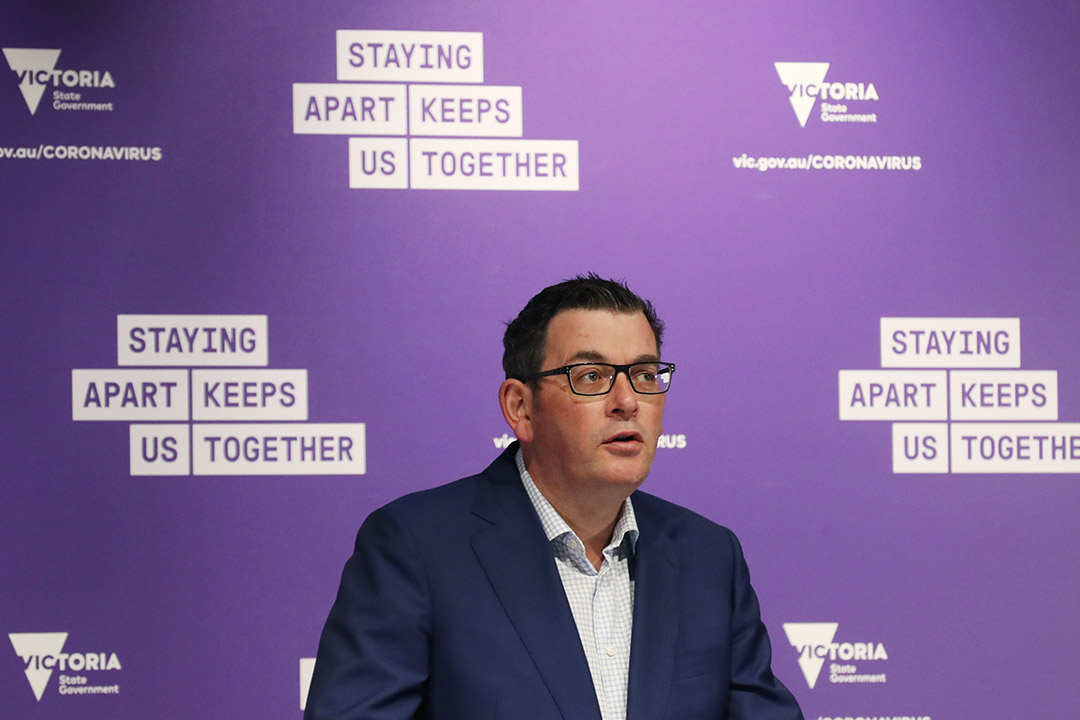 The state of Victoria is in the spotlight for all the wrong reasons, with the country’s expected economic comeback from the Coronavirus crash set to be weaker because of the failure of our southern cousins to nail this damn virus.

This will feed a lot of cross border backbiting, which is showing up in the media and Premier Daniel Andrews is copping most of the blame. “Chairman Dan”, as the more right-wing media loves to call him because of his left-inclinations and his closer-to-China policies, are not only affecting his state’s economic outlook but his own once very strong political standing.

Some people in New South Wales call Victorians “Mexicans” because they come from “south of the border”, which was an old song from a movie of the same name. Queenslanders see them as “eventual Queenslanders” because the cold in Victoria eventually gets to a whole pile of them, who fly north, especially for the winter then often for life! South Australians resent them stealing the Grand Prix, great footballers and a lot of other things that South Aussies can’t get past.

In an age where comedians have lost a lot of jokes and material because we’re becoming increasingly politically correct, one wonders if we can pick on Victorians and not be called out for discrimination?

But I’m not writing to be part of petty state nastiness. The economic research team at Deloitte Access Economics says the economy will contract by 3% in 2020 because of COVID-19 but Victoria will contract by more. And if Victoria had escaped the second-wave infections that has led to nine public housing buildings locked down and 12 postcodes as well, then it would be expected to contract slower in 2020 and then grow faster in 2021.

Economies never grow and contract by the same amount right across the country and Victoria will miss the positive growth effects of a huge migration intake, lots of foreign students, tourists generally and the fact that the extended closures and lockdowns will hold back the economy.

I was in the Blue Mountains country town of Leura yesterday and the main street was crowded like Sydney’s George Street or Melbourne’s Bourke Street mall before the only Corona we knew was a damn nice beer from Mexico of all places. Leura and the Blue Mountains economy is booming!

The non-Victorian parts of the economy would be picking up pace, though CBD economies are still finding it difficult because office tower workers are still at home. That means ‘suburban economies’ are doing well as workers at home buy their daily coffees and treats from local stores, meaning some cafes are getting their Saturday and Sunday trade seven days a week!

Fortunately, the Government won’t be taking JobKeeper off those businesses that initially had a 30% drop in trade but then found the business rebounded to be say only down 10%, or maybe even doing better than usual! That will help the economy and it needs it, with Victoria failing to beat the virus. “Victoria is likely to take the unwanted title of worst performing state through the COVID ­crisis. Population, once a key growth engine, has well and truly stalled,” Chris Richardson told The Australian.

Despite Victoria’s problems, these are great economic numbers, considering we once heard we’d contract by possibly 10% and then 6.7%.

And while nasty types might like teasing Victorians, better-spirited politicians in Canberra will be thinking how JobKeeper could be used to help the southern state’s businesses and employees.

Labor and the Government are fighting over whether JobKeeper should be extended after the end of September. Treasurer Josh Frydenberg says if Labor had its way, the $70 billion spent on the programme would’ve blown out to $98 billion. Of course, this is what you’d expect out of politics.

Until now it has been expected that JobKeeper would be used to help battling businesses in the tourism sector. Now it looks like it will have to be also focused on geographically-slow areas like CBD businesses, such as cafes, and maybe the entire state of Victoria!

In the fullness of time, JobKeeper should be known as JobTweaker, with the Treasurer allocating assistance based on how this damn virus is undermining businesses, jobs and the overall economy.

Bagging Victoria might not be seen as politically incorrect right now but it would be economically (and morally) incorrect to ignore our southern cousins in their hour of need. Go Victoria!