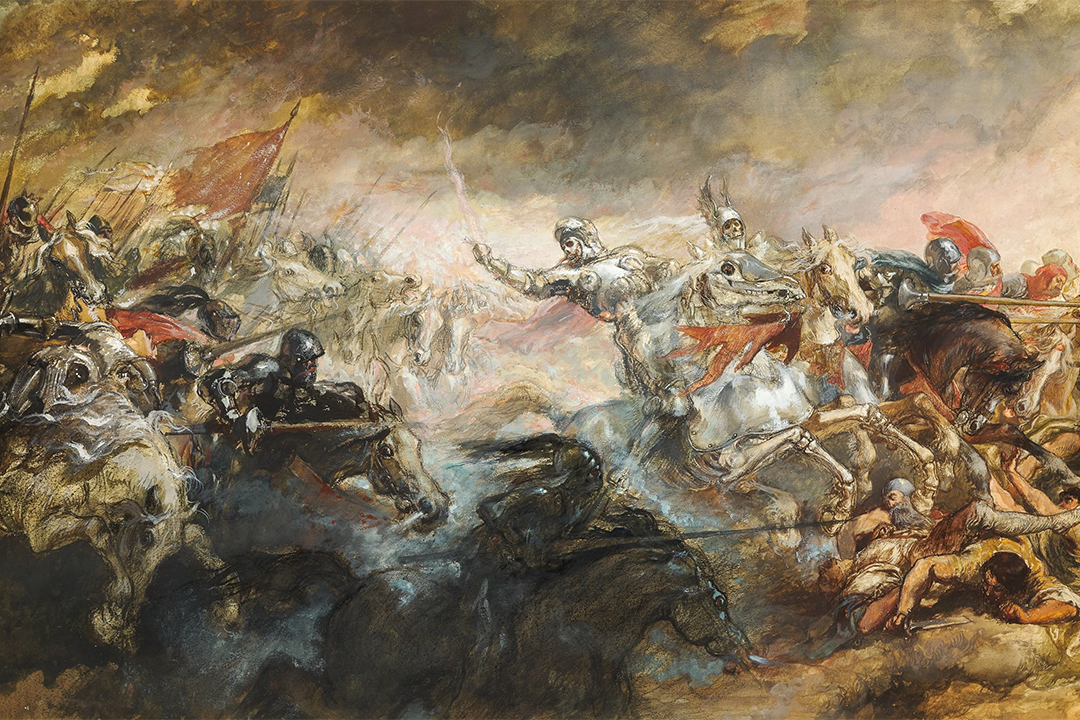 Saturday week’s election will be decided under the shadow of two wars that are currently causing us a fair degree of hip pocket discomfort, but only one war is bound to hurt us for longer!

The first and most obvious war is in Ukraine. This tragedy has pushed up petrol prices and other commodities, which has made the inflation fight harder for central banks and, as a consequence, has created the fears about many more than expected interest rate rises, and a possible recession. This has added fuel to the fire now burning the value of our stock portfolios.

The second is a war that started over 40 years ago and became more obvious and threatening in 2007, when Kevin Rudd became Prime Minister promising a carbon tax. Yep, the second and most lifestyle and economically impactful war is the one declared on old-world production, including the making of cars, power, packaging and anything else that scientists tell us adds to climate change.

In the late 1980s, the Triple M national news director, David White, who has always been a big picture research guy and won a Walkley award for his radio doco on a then-ignored rising threat called Aids, got the radio station behind a climate change promotion.

He was teased by the breakfast host Doug Mulray after Whitey told us one day we could have three to five bins on garbage night. Doug nicknamed him 5 Bins Whitey. He was seeing ‘stuff’ others missed but Triple M even had a bumper sticker that read “Triple M rocks the planet”.

By the time Rudd won an election with a carbon tax and the Greens were becoming a political force, I wrote a book called The Carbon Crunch.

But the war on the old ways is so intense that the Morrison Government looks cooked and helping their baking are green-inclined independents, supported by a country that has looked at the recent bushfires, rains and floods and sad “we’re believers in climate change”. And they want something done.

Of course, there is a rational alternative argument but this is a view held by a loud minority and I guess this election will be a test of what the silent majority has to say on the subject. This election will tell us if Australians are prepared to pay to go to war against old production and fossil-fuel ways.

Jennifer Hewett in the AFR underlined the issue with the headline: “Power bills will pack a political punch after the election.”

Hewett’s bottom line was that both parties are promising what sounds like “power prices will be lower under me” but what they really should be saying is that “prices will rise slower under me".

Hewett tells us that “the energy regulator is expected to increase the default retail offer by up to 10% in NSW, south-east Queensland and South Australia, with Victorian prices to follow suit a little later”.

And she tells us who to hold responsible. “Blame everything from Vladimir Putin to a global gas shortage to inadequate investment to closures, both temporary and permanent, of coal-fired power generation,” she wrote. “There’s no ability yet to fully replace that capacity easily or cheaply.”

And primarily because of Putin, ANZ bank research says oil prices will rise to $US120 a barrel over the next three months.

Meanwhile, the impact of the Ukraine war has made coal temporarily popular again because power is critical to a modern global economy. And dare I say we could get more comfortable with uranium and nuclear power over the next 10 years as power prices rock our bank balances!

Yesterday I looked at what expert company analysts surveyed by FNArena were predicting about coal company share prices.

This is what the professionals think will happen to Whitehaven Coal’s share price in coming months.

Everyone expects its share price to rise, with Credit Suisse predicting a 50.83% rise and Macquarie tipping it to be up 44.63%. They must believe the war on coal will see reduced hostilities until Putin works out how to end this war without looking like a modern-day pathetic dictator.

Ironically, once the Ukraine war ends and oil and coal prices fall, the war on climate change will heat up and yep, our power bills will be up.

As Jim Rohn once advised us in words like this: “Work out what you want. Determine the price. Pay the price.”