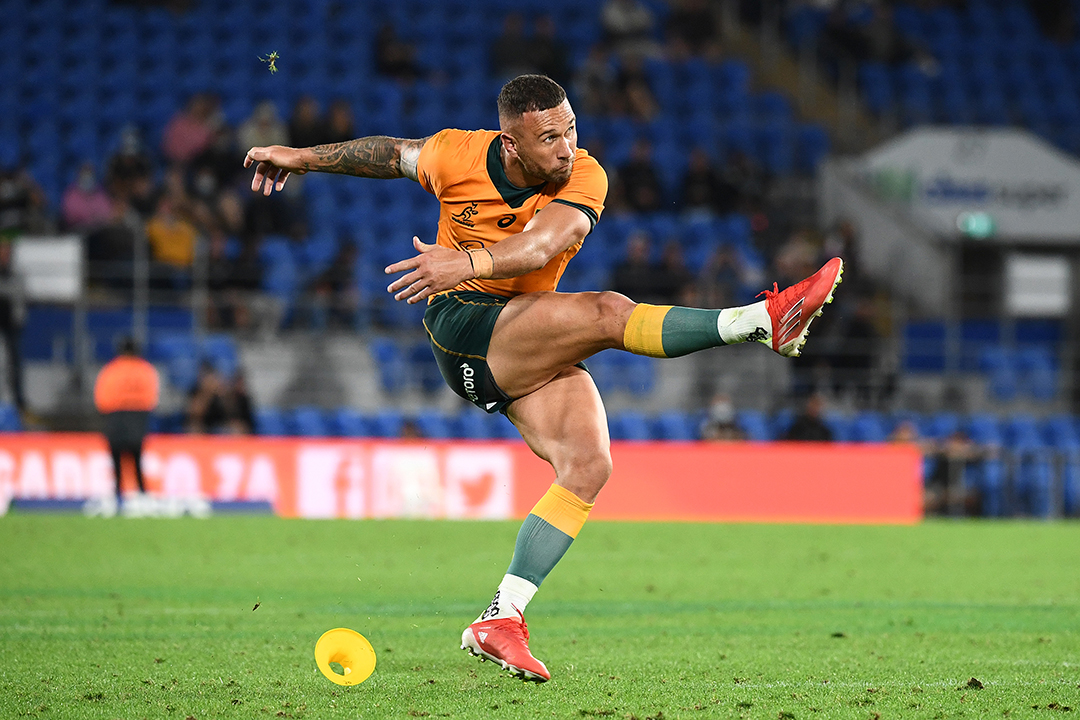 Total eclipse of the star

The turnaround story of rugby player Quade Cooper who kicked seven goals out of seven, including a screamer after the siren to help the Wallabies beat the world champion South Africans last weekend, got me thinking about how you change someone who’s on the path to mediocrity.

Quade thanks Kiwi footballer Sonny Bill Williams for his change from being a talented outcast, who couldn’t get a game in a top team in Australia a couple of years ago, to someone who’s seen as a potential contributor to the rebuilding of the national rugby team, whose reputation has been smashed by the professionalism of New Zealand’s All Blacks.

Williams was himself a rugby league player with a questionable attitude until he found Islam and a better take on life. And he prefers to praise Quade for his turnaround.

When things went a bit pear-shaped a few years ago, he was the first guy to reach out to me and I spent about two [or] three months with him,” Cooper said on Stan Sport with Williams listening in. “Just living with him every day and seeing what it takes to be a good, strong man every day ... I love you brother and I appreciate everything bro.”

“He said some really nice things but I don’t like the connotation that I took him under my wing or I’m sort of a saviour,” Williams told The SMH. “He was having a moment. I’ve had moments. At that time when he was struggling, I knew that I had to reach out because I knew he would do exactly the same thing and I have been in those exact same shoes.”

“Everyone is created with weaknesses. Don’t think every coach is perfect,” Williams said. “If you have a player of Quade’s capabilities, if you can’t get the best out of him, then I say that it’s just as much the coach’s fault as the player. The beauty about Quade is he’s gone away and he’s put his faith in his creator and he’s worked hard.”

In simple terms, Quade has learnt from his mistakes and has grown up. And thankfully it looks like he’s grown up right! Sonny Bill plays down his role but his very behaviour inspires others, as the Roosters will attest to when he was there as a player. Players have said how his example in training inspired them and the resounding message is (to steal a line from Jack Nicholson in As Good as It Gets): “You make me want to be a better man.”

That has to be the role of a coach to make their players better people first, then the sporting ability that took these players to a high level would kick in to help create a winning team. As the old saying goes “there’s no I in team”. And that’s what a great coach or even employer has to learn to do, that is, get individuals to start thinking about the collective good.

Why? A winning team can spread the rewards, which isn’t only the great vibe of winning, it’s income, it’s promotion and it’s self-development.

When you own a business, it becomes pretty clear once you start accumulating people you work with called employees, that these human beings doing what they do as employees can make or break your business dream. Of course, it’s not intentional, they’re just being themselves, and soon you realise that being an employer means you have to be a coach.

Why? Well, like coaches you want to win because losses equal money out the door. And not long after those precious contributors to the business (your team) will be heading for the door as well, along with your dream.

Few of us come to business with the leadership qualities of a winning coach like South Sydney’s famous Wayne Bennett and the likes of Manchester United’s Alex Ferguson and Chicago Bulls’ Phil Jackson.

When it comes to female coaches, they don’t draw a real lot of media attention but in the bleacherreport.com.au look at the best 100 coaches of all time, women’s basketball coach, Pat Summitt, came in at number 14, beating the likes of Ferguson (33) and Jose Mourinho (44).

“In 38 years as coach, she never had a losing season, compiling 1,098 wins (a percentage of .841),” the bleacherreport.com revealed. “While leading the Tennessee Lady Vols between 1974 and 2012, Pat Summitt secured eight NCAA national championships and a passionate generation of inspired fans.”

Renowned for her tough approach to coaching/leadership, she was a great motivator, who came up with pearlers such as: “Discipline helps you finish a job, and finishing is what separates excellent work from average work.”

In her book Reach for the Summitt, she gave us 12 principles that she instilled in her charges. I think it’s what all bosses should be committed to imparting to their team.

Pat Summitt taught her players to learn from losses, to consistently re-examine their strategy and set new goals. Her 12-point list is not only a checklist for making a great team, but for an individual to make themselves great.

One of the greatest Australian sporting achievements of recent times is the climbing of Ash Barty up the tennis rankings to number one. And her sporting ability aside, what a person she seems to be! And it’s why I wanted to learn from her mindset coach and The SMH’s Sarah Berry made it possible in a story written earlier this month.

Her coach’s name is Ben Crowe and this former Nike marketing director now gets inside the heads of a champion team of high achievers and uses three questions to get the best out of his clients. That client list includes “Dylan Alcott; Stephanie Gilmore; Michael Cassel, who’s the man who brought Hamilton to our shores; the Australian Cricket team; Richmond Football Club; as well as leaders at Macquarie Bank and, most recently, the World Health Organisation.” (SMH)

So what are those questions?

It seems simple but try doing it and you’ll see how it forces you to confront the realities of what you want and what’s stopping you from getting there. A great coach or employer helps their team to answer those questions and sets them off on a much better road to the future.

In years at Nike and later as a success coach that would-be high-achievers struggle under the pressure of external validation, making money or achieving social or corporate success.

It’s like he’s putting the human being back into people with enormous potential and it’s that humanity that beams out of Ash Barty that makes her winning so much more enjoyable.

Can anyone remember how torturous it was to watch a young John McEnroe as he fought with everyone in his very successful career? But you’d never want to hold John up as a success role model for anyone you actually cared about.

I think when you add Pat Summitt’s 12 principles for creating winning people/sports stars and Ben Crowe’s approach to enjoying the journey by knowing who you are, what you want and how you will get there, you end up with Sonny Bill Williams, and eventually an even better Quade Cooper.

Quade Cooper always had exceptional ability but he needed to grow as a human being to complete the picture of being a champion. Well done, Quade. And there’s a lesson here for all of us in leadership roles — the person your team or workplace might need could be under your eyes but you haven’t done enough to actually see it!

As a spectator, I knew Quade was talented but I didn’t think anyone was ever going to bring out the man that was hiding inside that troubled young guy. It’s so great to be wrong!

Go with your gut
Brain ageing: do we have a choice?
The forgotten dangers of over-the-counter pain relief pills
Dairy products: should you avoid them?
Psssst, there’s no secret to being successful