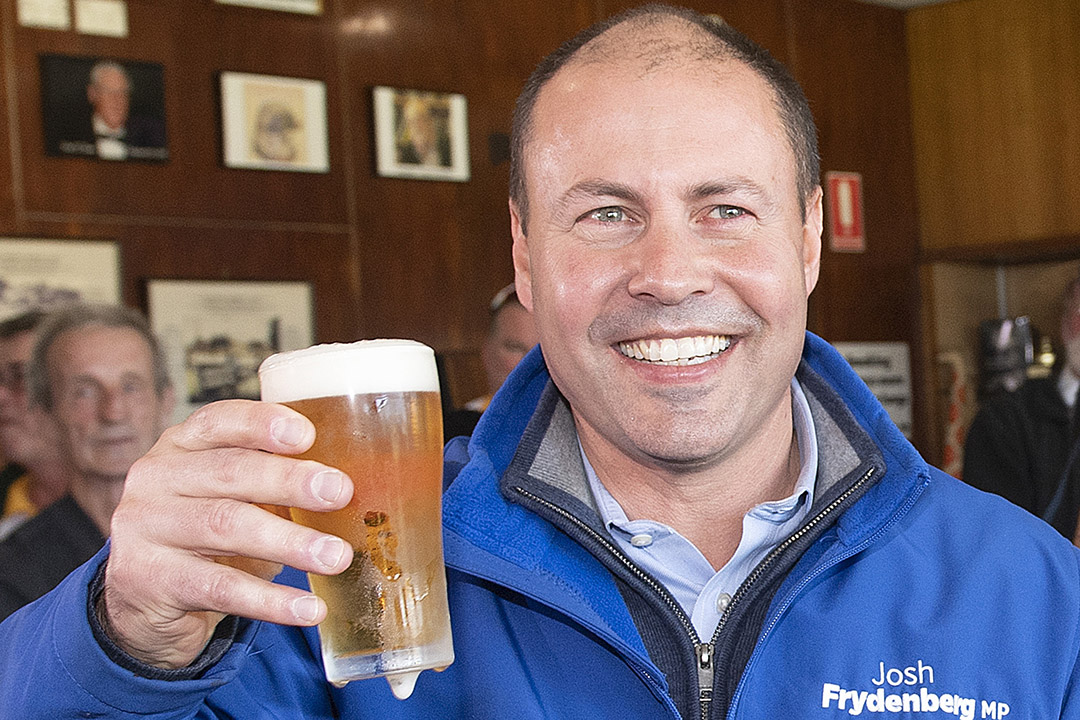 They say it’s your birthday, Josh! The best present you can give an Aussie is a job

Happy birthday Josh Frydenberg! Yep, Josh is 49 years today and yesterday’s jobs report was a ‘gift’ of sorts. Economists guessed the economy would create 170,000 jobs but 210,000 showed up and when a country assesses the value of a Treasurer on his economic performance, 40,000 jobs in a month isn’t a bad effort.

Of course, those who can’t help giving into their negative bias (which psychologists tell me most of us have) will say the numbers are “fake” because of the JobKeeper wage subsidy. And that’s right. But this is a ‘fake’ recession because it was government (they closed down the economy) and virus-created, so we can cut the ABS a bit of slack when it comes to calling their numbers dodgy.

Instead of anyone trying to score cheap points on whether the economy is stuffed or better than expected, we need to be pulling together. And that’s the ‘gift’ ScoMo is offering the Treasurer in asking the union movement to keep being flexible on industrial relations to create and preserve as many jobs as possible.

In effect, he’s being politically clever but also economically responsible in asking ACTU boss Sally McManus and her colleague leaders to effectively be ‘fake’ union bosses and not squeal about how badly workers are being treated by those nasty, greedy employers.

In a sense, he’s asking for a truce on the political BS that drives the agenda of too many unions and even some extreme business leaders, to make sure the right conditions are created to get as many jobs back into the economy ASAP.

Right now, the economy is working under emergency changes to The Fair Work Act and the PM wants that extended, especially for employers who’ll lose the JobKeeper support after September.

Of course, that will become the battleground for the Government and the unions, as well as Labor. Who needs and will get JobKeeper as of October 1 will be up for negotiation. And it will be interesting to see who comes out of this right-left argument with the political pluses.

On one hand, economic responsibility says you can’t prop up zombie businesses and zombie workers forever. On the other hand, these zombies are real people where many of them have been ‘zombiefied’ by the combined work of the virus and the Government!

Politicians and economists often talk in numbers but there are real people behind the 7.4% jobless numbers. The ABS says there are 992,000 people unemployed and that’s with JobKeeper keeping the numbers down! I learnt a long time ago when I was younger and more left-thinking that unions don’t represent the unemployed because they’re not paid up members of the union. Their main concern are the wages and conditions of those working. And every time they make it hard for employers to employ, it reduces the chances of the jobless Aussie to find work.

I’ve learnt from some of the great entrepreneurs of Australia and worldwide that threats create opportunities. Hopefully, this Coronavirus threat to jobs encourages a new level of enlightened negotiation between the Government, the ACTU and Labor, so the employer-employee pay battles end up being win-win, and where those poor blighters without a job actually get to beat the psychological negativity of being jobless.

Maybe I’m being too optimistic on this one but it could be the best birthday gift Sally McManus could deliver Josh.

And it makes me think of a feel good, eco-movie called When Josh met Sally!