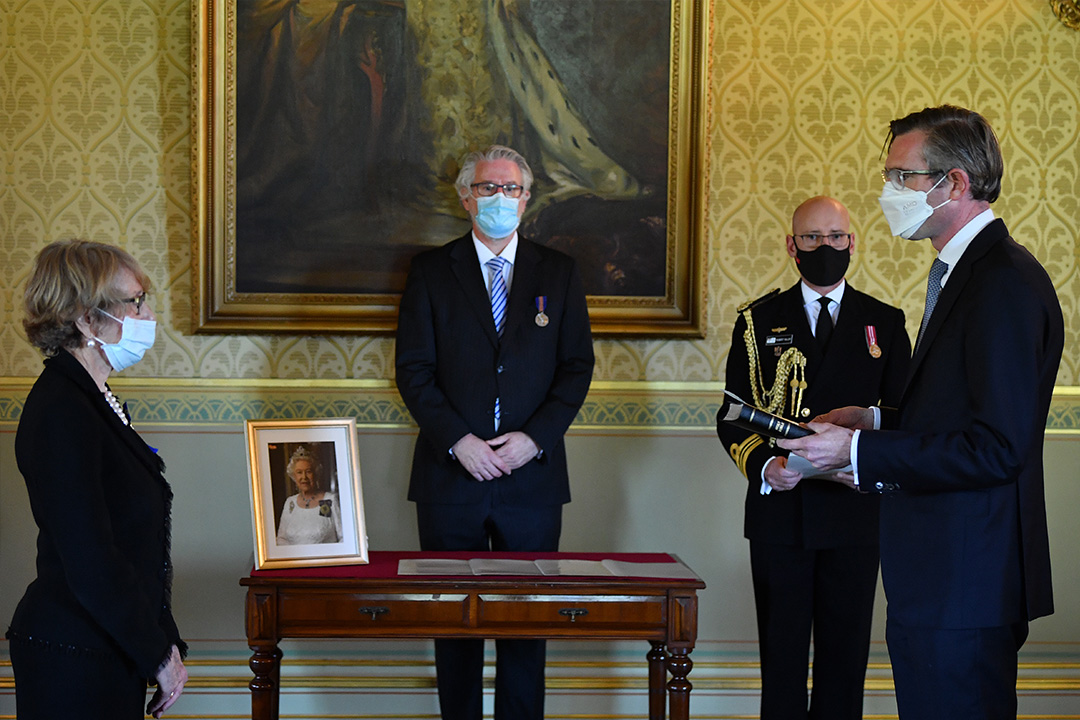 With most of our Premiers playing a safe game, Dominic Perrottet will have to take more risks for his state and the country. If he delivers, it could cement his leadership of the state past the election in 18 months’ time.

This might look like the typical over-hyping of my own state of NSW, but the importance of the premier state with its new Premier Dominic Perrottet can’t be overstated at this particular time.

And time is the reason I’m out there crowing about the importance of the Premier of the premier state — the timing is crucial.

OK, I know I’m rubbing it in with this “premier state” stuff, which used to be on the number plates of our cars. I recall it was Premier Neville “Nifty” Wran who was running the state when we reminded the rest of the country about our pre-eminence!

Of course, it’s historically accurate that NSW was the first or premier state. For a long time, there were 18 counties hovered around Sydney, which restricted settlement, but the rebellious Scots and others took on those regulations so the country got to know the word ‘squatter’ very well.

In 1835, grazier and entrepreneur John Batman explored and gave us Melbourne, followed by Adelaide in 1836. Interestingly, the often-ignored Western Australia had Albany declared as a colony in 1826 and Perth had to wait until 1929 for its birth.

Brisbane came along in 1824. In case your history is a bit scratchy, Hobart was founded in 1804 beating them all, except for Sydney.

I don’t want to rub it in but New South Wales has the largest economy in Australia and contributes 30.8% of the national GDP, so it has premier importance to economic growth every year. But for 2022 it will be even more important, which is why the Premier of the premier state really has a huge job for the year ahead.

The AFR put it pretty aggressively in looking at the lay of the land in a post-Covid world, ahead of Mr Perrottet getting the top gig. “Under the control of the unions, the left-wing government of Daniel Andrews has no real growth agenda. The national recovery will also be delayed by the slow reopening of Western Australia and Queensland to the rest of the country.”

While Labor voters might not like the tough assessment of the second most important state to the economy and its growth, the simple facts are that Victoria has had a shocking experience with the Coronavirus.

As news.com.au pointed out recently: “Melbourne has traded its prominent title of most liveable city for the world’s most locked down city, as it officially recorded the dire new milestone.”

“The city has now spent 246 days locked down, with the Covid restrictions among the most strict in the world, as it overtakes Argentinian capital Buenos Aires for the number of days in lockdown. The grim number has reportedly cost Victoria’s economy an estimated $700 million a week.”

Unfortunately, the roadmap out of lockdown doesn’t look as clear as the one being used in NSW. Meanwhile, the states that have locked out the virus, and those people who might be carrying it across their borders, will have some timidity opening their states and economies until they get vaccination rates up. Their politicians will need to see it as safe for their people and their political popularity to embrace pre-virus normalcy.

This hesitancy to open their states will hold back their economies and the national economy as a whole. And that’s why Dominic Perrottet and his premier state will have to do the early heavy lifting.

So is this new premier up to it?

As a man who was one of 13 kids, he has learnt to compete, and reportedly he was a pretty good distance runner as well as being the school captain in his final year, after being at PARED Catholic school for only two years!

As Treasurer of NSW, Perrottet kept NSW open for most of 2020 and pushed the vaccination programme as the basis for an early escape from lockdown. He has always talked a pro-business game when it comes to policies, but personally, I’d like to see him do more walking of the talk.

I don’t think the NSW Government has explained or promoted its business support programmes as effectively as it should, given the state of CBD businesses in particular.

Perrottet is an innovator and was behind the QR Code and the Services App, which has served the state well in managing the virus. He’s also a tax reformer and has suggested an opt-in property tax to replace stamp duty on real estate sales.

And he’s been big on infrastructure, which is crucial for economic growth next year for NSW and the overall Oz economy.

With most of our premiers playing a safe game, Dominic Perrottet and NSW will have to take more risks and if it works, it could cement his leadership of the state past the election in 18 months’ time.

It’s much harder to be a Premier than a State Treasurer because the buck stops with the person at the top. Mr Perrottet has to put the state’s and country’s interests ahead of his own political ambitions. If he does that, and there’s no backfiring with serious health implications and the economy booms, he may well be a long-serving Premier of the premier state!

Kristina Keneally's candidacy for Fowler represents broader issue in Australian ...
The new tree-hugging Premier & his Treasurer love the colour green
Greta’s ‘blah, blah’ speech gave us a lesson on economics
Will Aussies be flying to Berlin before Brisbane and Tokyo before Tassie?
State-v-state: war looms!