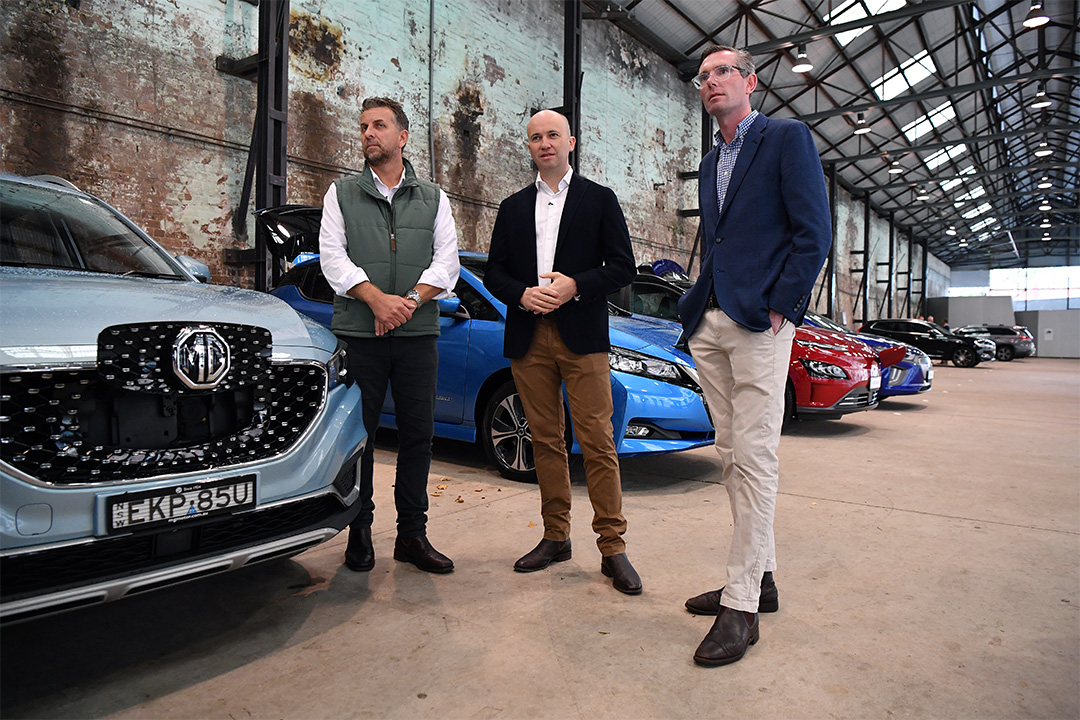 The new tree-hugging Premier & his Treasurer love the colour green

NSW Premier Dominic Perrettet and Matt Kean being pro-Green is believable in a Labor government but not in a Coalition one. Are Perrottet and Kean giving us a glimpse of our future?

This might not surprise you to learn that the new NSW Treasurer Matt Kean drives a Tesla, and it’s reported that he’s been trying to get the state’s new Premier, Dominic Perrottet to put his size 13 shoes into these pro-Green cars of the future.

A leader and his chief number cruncher being pro-Green is believable in a Labor government but not in a Coalition one. But are Kean and Perrottet giving us a glimpse of our future?

Kean is seen as a tree hugger and softy Greenie by many of his Coalition buddies and his policy objectives have turned conservative commentators like Alan Jones nearly apoplectic.

But the fact that Kean (who starred strongly in the reported cross-faction deal that gave Perrottet the top job this week) has pulled off this promotion suggests that pro-environment policies are on the rise, and this wasn’t lost on NSW’s politically savvy new leader.

Dominic Perrottet has not been a card-carrying tree hugger but he has been pre-branded as a leader on the rise. Not only was he school captain, but he was also able to win over a fellow student vote after being there only for the final two years of high school. If you can win over a school in two years, you know how to work a room.

The website reneweconomy.com.au reckons the Premier wasn’t always a ‘greenie’: “Several years ago, the signs were not so good that Perrottet understood the threat of climate change or the opportunities available from tackling it,” wrote Giles Parkinson. “Addressing the conservative think tank, the Centre for Independent Studies, Perrottet railed against investments in renewables and climate policies in general.”

In fact, this is one of his lines from that speech: “An example of gratuitous waste is the almost religious devotion of the political left to climate change.”

So selecting Matt Kean to be both Treasurer and Energy and Environment Minister tells us that Dom has been won over to the zero emissions by 2050 crew, or he’s just a political realist.

Last night I was on the Credlin TV program on Sky News, locking horns with News Corp’s legendary, conservative commentator, Terry McCrann, who agreed with me that Perrottet was a good choice but he questioned why he’d given Kean the number cruncher role.

Kean has pushed the government’s hand such that the new goal is NSW will have a 50% reduction in emissions by 2030, and all coal generators will go by that date to be replaced by better processes involving renewables and storage, whatever that means.

Parkinson says Kean convinced Perrottet not to slug electric vehicles with a road tax like Victoria. Instead, the old Treasurer-now-Premier brought in a $490 million package that includes $3,000 rebates, a stamp duty exemption, and funding for a comprehensive EV charging network. “From young adults saving for their first car in Western Sydney to retirees planning a road trip to Broken Hill, these incentives will make electric vehicles accessible and affordable for all NSW residents,” Perrottet told us.

“From young adults saving for their first car in Western Sydney to retirees planning a road trip to Broken Hill, these incentives will make electric vehicles accessible and affordable for all NSW residents,” Perrottet told us.

Clearly, the Premier is trudging along green brick road to a very different Oz. And wizard-like politicians, like Mr Perrottet, are jumping on the bandwagon that will deliver votes in the future.

The story is that Matt Kean is very persuasive and even convinced the former National’s leader in NSW, John Barilaro, to support the clean energy switch programme that climate activists have always argued would create jobs in the regions.

Of course, John is a politician, and, like many of his cohort, he could be simply influenced by where he sees voters heading.

In September this year, research company Resolve Strategic found national support for the zero emission goal by 2050 had risen to 60% from 55% in a similar survey in June.

Only 13% oppose the goal, and that was made up of 14% Coalition voters and 9% Labor. But note that these are numbers that pollies like Dom and other conservative politicians won’t ignore.

“Support for the 2050 target was 52 per cent among Coalition voters in the Resolve survey in June but rose to 57 per cent in the responses last week,” the SMH’s David Crowe reported. “In a sign that the issue could help sway the next federal election, the 2050 target was backed by 56 per cent of voters in marginal electorates.”

Like it or not, the climate change tree-hugging team is on the ascendency, as I predicted in my book The Carbon Crunch, which I wrote in 2008. This was a poor seller because the then Prime Minister, Kevin Rudd, backed away from supporting a carbon tax because he feared being clobbered in a future election.

Boy how times have changed in a space of just 13 years!