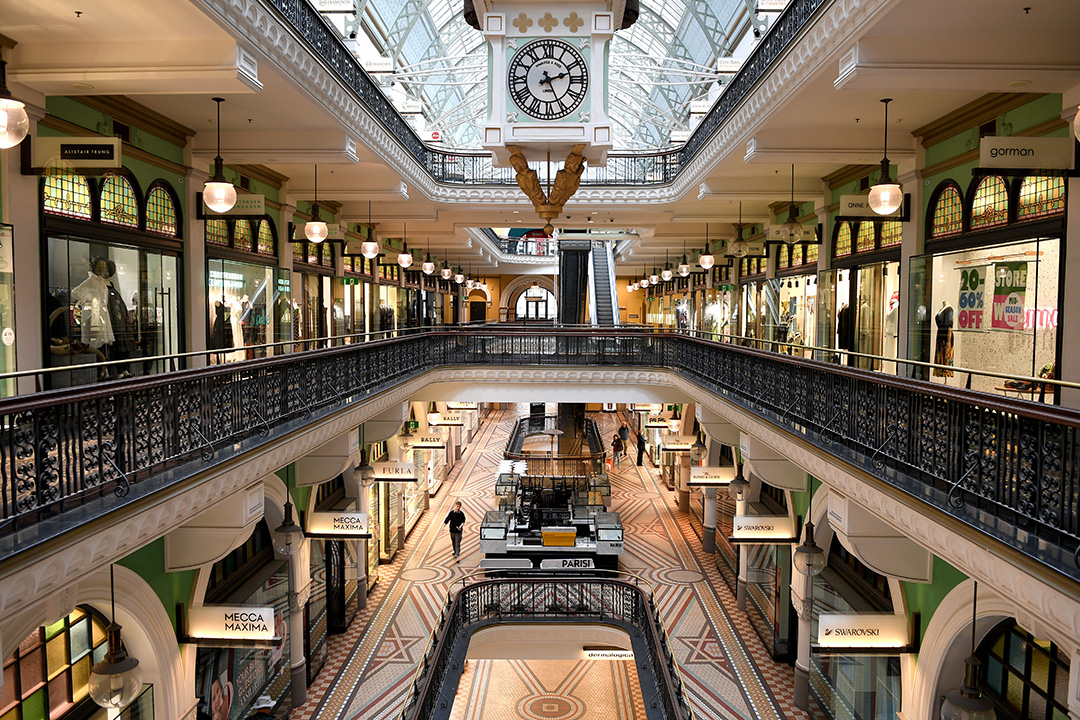 The economic story is shocking but will the next episode have a scary or happy ending?

I’ve spent over 35 years watching economic data trying to make sense of all these often confusing daily statistics. I’ve done this as a service to my readers who have been stock market investors, business owners and those wanting to take a big dive into the property market. However, after looking at the recent shocking retail numbers out yesterday, it confirms it’s meaningless to try and read the economic tea leaves right now.

The headlines might read “Historic collapse of retail” but that doesn’t make sense, given the fact I’m still queueing 1.5 metres apart from other shoppers at my local supermarket. That said, a month ago the queues were longer and the baskets fuller. And I reckon I saw people in those queues who I’d never seen before.

To some extent I might’ve been one of them!

Before I fully explain the record 17.9% slump in retail figures, when we’ve all been home eating our heads off (are we looking fatter?), let me remind you that March showed the biggest ever one month rise in retail spending of 8.5%.

March was the month when good sense left the world and perfectly once-sane human beings gave wild animals a bad name fighting over toilet paper! It was a worldwide affliction, as desperate shoppers prowled different neighbourhoods and busloads of city slickers invaded quiet little country town’s supermarkets to buy the kinds of products you’d need if a nuclear bomb went off leaving you in isolation.

I have to confess that my wife and I didn’t buy one roll of toilet paper but we might have been protected by our cleaner, who went to Costco in early February and bought a big box for us on her own volition before Coronavirus craziness infected the shopper’s world!

“She’s worth her weight in toilet paper!” I thought at the time when I discovered it our storeroom.

But back to unreliable economics, and the huge slump in retail in April was because there was excessive buying over March. Some Aussies are still probably eating their heads off to create room in their homes so they can have a practical use for all that toilet paper, as we go back to work.

This is how CommSec’s Craig James saw yesterday’s retail numbers: “Understandably, retail sales came back to earth with a thud in April after the record lift in March. But the volatility is set to continue as retail sales are likely to bounce higher this month (May) as more stores re-open. Perhaps the shape will be more like an ‘N’ rather than the ‘V’, ‘U’ or ‘W’ curves that we often hear about.”

Craig’s alphabet pondering is about whether the retail sector will bounce back in a V-shape, or go up then down and up like an N, and so on. And while it’s his job to do his best-guessing on things like retail figures and the economy generally, we really aren’t getting meaningful numbers now about our economic future.

And that’s the importance of people like Craig and I delving into boring-looking stats because it gives you insights into crucial stuff like:

What we see and ultimately predict can make or lose you money if, say, you buy stocks and a bad future economy (that we didn’t see) ends up costing you a packet. That’s why we try and read the entrails of the economy’s data. But right now I just don’t trust what I’m seeing because the big-hitting pandemic has come with too many curve balls.

For example, in trend terms, the Internet Vacancy Index fell 16.4% in April (or 18,400 job advertisements), which is the largest monthly decline since the series began over 14 years ago in January 2006. But this is to be expected, given we closed our economy down.

The June quarter is a write-off because it runs from April to June but I will be watching the September quarter numbers in the same way a Labrador watches a sausage at a BBQ. That’s when you should be reading the likes of me daily, if you prefer being rich over poor!

I hope I’ll be reporting some really good news but the jury will be out on that until we see what kind of second-wave infections show up.

If we beat this threat, stocks will go higher. But if we don’t, there will be a second leg down for stocks. That’s one tip from an economist that you can treat with respect today.

One last point that contradicts my story to a small extent. There’s one economic number I’ve been watching that has relevance to our future and it’s the weekly ANZ-Roy Morgan consumer confidence reading. This consumer attitude rating rose by 2.2% to 92.3 points. This means sentiment has lifted for seven straight weeks and is up 41.4% since hitting record lows!

As this shows us that the lockdown negativity is being offset by the JobKeeper assistance and the light at the end of the tunnel coming from the reopening of the economy. If our economy is to rebound towards normal economic and jobs growth, we need a positive consumer. Seven weeks in a row of a more positive consumer is an absolute ripper!