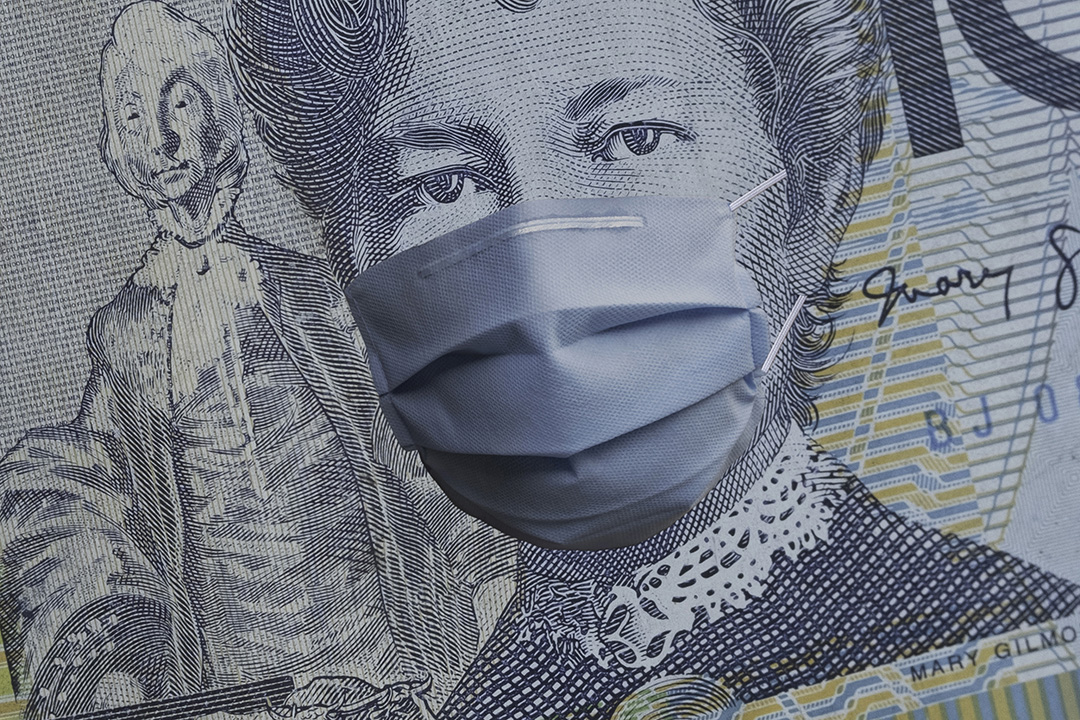 The Coronavirus stole our economy…NOT!

The Coronavirus will be the unforgettable crisis that bonds every person now living. And what has surprised me is that it has created a virtual world of COVID-19 experts, who also seem to have become economists-cum-futurists.

I can understand why — it’s because of the media and what it gets preoccupied with. For those who can recall 1980, that’s when the whole country became experts on what a dingo did on August 17 at a campsite at Uluru (then called Ayres Rock). The country was divided into three camps: “she did it”; “she’s innocent”; and “buggered if I know!”

However, the latter group seemed a slim minority and the “she did it” group appeared very much affected by the fact that the Chamberlains were Seventh Day Adventists, which was portrayed as a cult. A woman who tragically lost her two-month baby was pilloried as an evil baby killer and as Bob Dylan sang in his great song Hurricane, “the newspapers, they all went along for the ride.”

The media makes us experts on matters, while important to those involved, are really of no consequence to us, other than it becomes bizarre entertainment. The same goes with guessing what our future will be — when popular media gets preoccupied with that we get the most outrageous pictures painted.

What this damn virus will do to us has become fodder for us to be side-tracked and has led to big calls that right now look to be wrong and crazy. Let’s recap a few:

As a former academic economist and someone who’s been writing economics commentary in major media outlets since 1985, I can say outright that predicting the future isn’t easy. People like me do it to assist non-economists (e.g. business people, investors and worried or aspirational consumers) with what the experts are saying. And then I throw in my best guess. But I’m staggered how complete amateurs take on the mantle of experts.

The number of shopkeepers who believed we’d be shut down for six months was not only socially staggering, it worried me economically, because if people believed the worst-case scenario it could really hurt the economic recovery.

Fortunately, we can change on a dime and while the media headlines aren’t glowingly positive yet, they are talking about re-openings of the economy and there is positivity around even managing any second-wave infection issues.

Yesterday, the stock market chose to ignore the troubles in Hong Kong, where China’s heavy hand towards the island population of 7.4 million is trying to fight against the weight of the People’s Republic. This has drawn in the public support of Donald Trump, which led me to open last night’s Switzer TV Investing programme with the following:

“On tonight’s show we’ll look at the outlook for stocks with the economy reopening and the economic news improving. But we’ll also look at the threats to this positivity from Donald Trump and his hate session on China. And we will look for stocks to make money out of this China drama or ones that might offer safety in case Donald’s China-bashing leads to a trade war and stock market dives like it did in 2018.”

One thing’s for certain, the virus hasn’t changed Donald Trump. You can’t help but think that he’s going after China to offset his pretty ordinary handling of COVID-19 ahead of his election campaign and poll in early November.

One thing certain to change is the number of people working from home. Some employers will see it as a chance to rent smaller premises going forward, while others will have seen employee productivity wasn’t affected by not being in the workplace. However the magnitude of the workers working on the kitchen table in ‘tracky-dacks’ is bound to be overestimated.

How do we know these things? And how can people be so confident about it? I’m sure the Zoom product will play an important role in business going forward. You can thank the Coronavirus and its closing down of the economy for that. I also believe Amazon, the likes of Kogan and other online businesses will do more business because of the forced hibernation of Aussies from March to now. But I also suspect that a lot of us are sick of being at home.

We want to go out to dinner. We’re sick of waiting for the Uber guy with good food that really needs to be a bit hotter. I also bet many of us are sick of binge TV watching, as you start looking at a series you’d never have watched when you had a more varied life.

Many changes will be temporary because JobKeeper finishes at the end of September but there will be a Government review in June and there could be a group that will be losing their support.

Yesterday on my 6PR small business segment on Perth radio, a lady called Jacky who owns a business that’s now reopening, called up her casuals to see if they were ready to come back to work after being on JobKeeper or JobSeeker with the Coronavirus supplement. Most of them said they’d “pass” on the offer because they’re happy with the current arrangement!

That’s something that can’t last forever and will have to change. Given what the stock market was saying yesterday with 118 point (or 2.1%) gain, there’s reason to doubt the pessimists who have been hogging the headlines since late February.

Travel stocks like Webjet spiked 15% yesterday. Webjet is up, wait for it, 68% in the past month, which says the news that only three million not six million were on Jobkeeper was well received.

There’s a lot of news accumulating that implies our economy isn’t as stuffed as the doomsday merchants and a lot of balanced economists have been predicting. And a hell of a lot of normalcy, like our passion for travelling and hanging out with people at work, might need more than a Coronavirus to change us.

It could take time but a lot of our old world will come back. That’s why I’ve been happy to invest in our banks on the basis that some time in 2021, if not before, people will be looking to buy a house, a car or fund a business or a trip overseas, and a bank will be contacted to make those dreams come true.

For the sake of the economy, I don’t want this damn virus to change too much of our old world. I don’t think it will, given time.

I’m desperate to go to a restaurant, a pub, a footie game, the cinema and that plane that will take us to Europe, to Wall Street in the Big Apple for our TV show or to visit little Teddy Switzer in Melbourne!