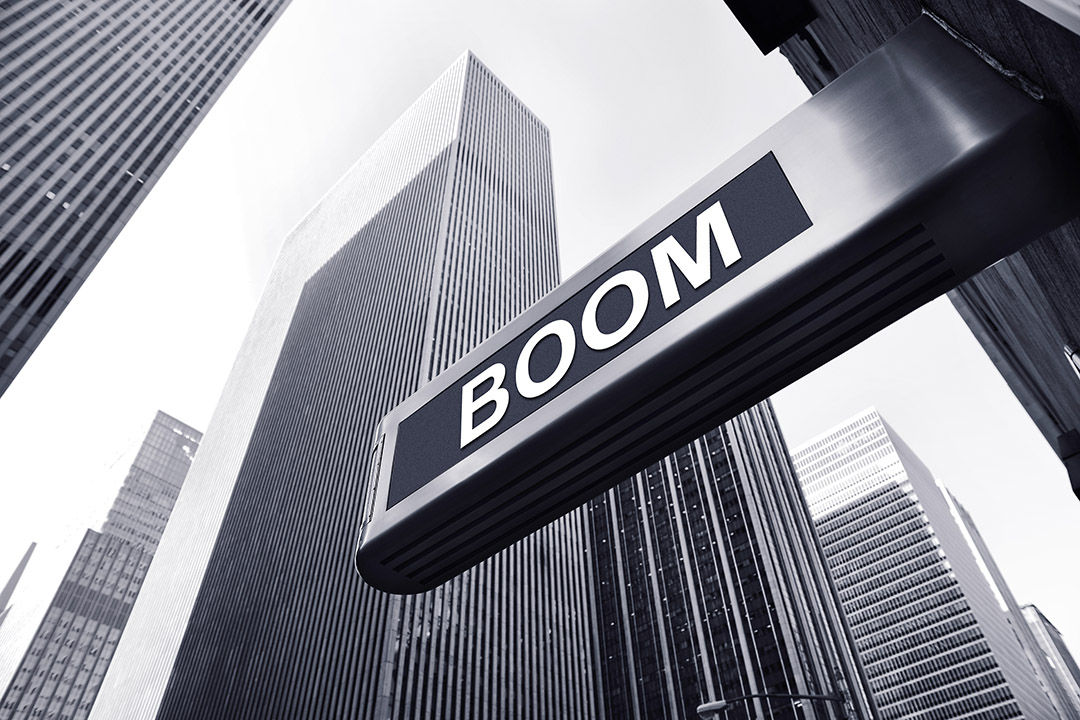 The boom is getting bigger but two threats are looming!

Forget about a possible Roaring 20s rerun in this 21st century, all driven by the government-created coincidence of huge stimulus spending worldwide and a fast roll out of vaccines that experts said would take much longer to show up than expected.

No, it might not be a boom of a 1920s proportion but even a bigger one, akin to the one after World War II, which I call the “Warring 40s boom”.

But inside any beautiful silver cloud is a bit of dark lining that grows as the ‘cloud’/economy gets bigger, which ultimately rains on our economic and money-making market ‘parade’.

In case you missed it because you were enjoying your Easter break, there continued to be great economic news that has helped the bad news of rising interest rates and taxes! And these terrible twin tests of our hip pocket are both related to all the better-than-expected economic data we’ve seen for at least six months.

When you woke up this morning you might have heard or read that the US stock market again is in record territory. Even the tech stocks that have been trashed lately were back in favour. This should help our stock market today as well.

Behind this market enthusiasm to buy was the latest jobs report from the month of March.

On Friday, the S&P 500 index, which captures the stock prices of the top 500 listed companies in the US, went over 4000 for first time as manufacturing data boomed with a reading not seen since 1983!

Then after the market closed, it was revealed that the US unemployment rate last month slipped to 6% from 6.2% as some 916,000 jobs were added to the economy. This was huge but more importantly, economists only expected 675,000!

That’s nearly a million jobs in a month, and you can thanks President Joe Biden’s stimulus programme and his aggressive vaccination rollout that is reopening the economy faster than what economists and other experts have been guessing.

We’ve seen similar great economic readings here too and that’s why our unemployment rate is now 5.8%. And a once-predicted budget deficit of $213.7 billion is now expected to be as low as $150 billion because we’re growing faster than even Treasurer Josh Frydenberg expected.

And it’s going better than banks expected as well which is why “ten lenders hiked their four-year fixed rate last month, while many more cut their shorter fixed rates, according to figures compiled by comparison website RateCity.com.au.” (SMH). The CBA increased its four-year fixed owner-occupier, principal and interest home loan rate by 0.2% to 2.19%. However, other banks such as Westpac, St George and Bank of Melbourne still claim to have the lowest four-year fixed rate of 1.89%, but I suspect this won’t last long.

On the other hand, the two-year fixed rate was cut by 25 lenders, while 18 institutions cut their three-year fixed offering, which tells me that the banks think the RBA’s ‘promise’ to keep rates to 2024 won’t be kept because this economic boom is bigger than expected.

I think the RBA will try its darndest to resist raising the cash rate of interest, which affects variable rate home loans directly for as long as it can — for two or so years if borrowers are lucky. However, if a Warring 40s boom comes along (as Morgan’s chief economist Michael Knox in my most recent Switzer Investing TV programme says is very likely), then rates will rise sooner than is currently expected.

Adding to the potential negativity from the economic positivity was the International Monetary Fund (IMF), which “… has urged nations to consider using the Abbott Government’s temporary budget repair levy to overcome the huge deficits left by the coronavirus recession, warning deep cuts to spending could lead to a political instability.” (The Australian)

That budget repair levy was a 2% slug on people earning more than $180,000 a year and was imposed between 2014 and 2017, raising more than $3 billion to help reduce the budget deficit, following the economic fallout of the GFC and the government spending that followed to rescue the economy and jobs.

The IMF has also suggested taxes on “excess” profits, such as the mining resource rent tax that once hit miners. But governments worldwide have to be careful about accepting the IMF’s suggestions too early, as the US jobless rate might now be 6% but before the Coronavirus smashed the US and world economies, the unemployment rate was an incredibly low 3.5%! At the same time, our rate was 5.2%, which the RBA wants in the 4% region to help wages rise. That’s going to be some time off yet, which means I’m factoring in at least two years of low interest rates and good news on the stock marker front.

Love those booms but they can’t last forever and rising rates and taxes will eventually spoil the party. But let’s enjoy while we can!