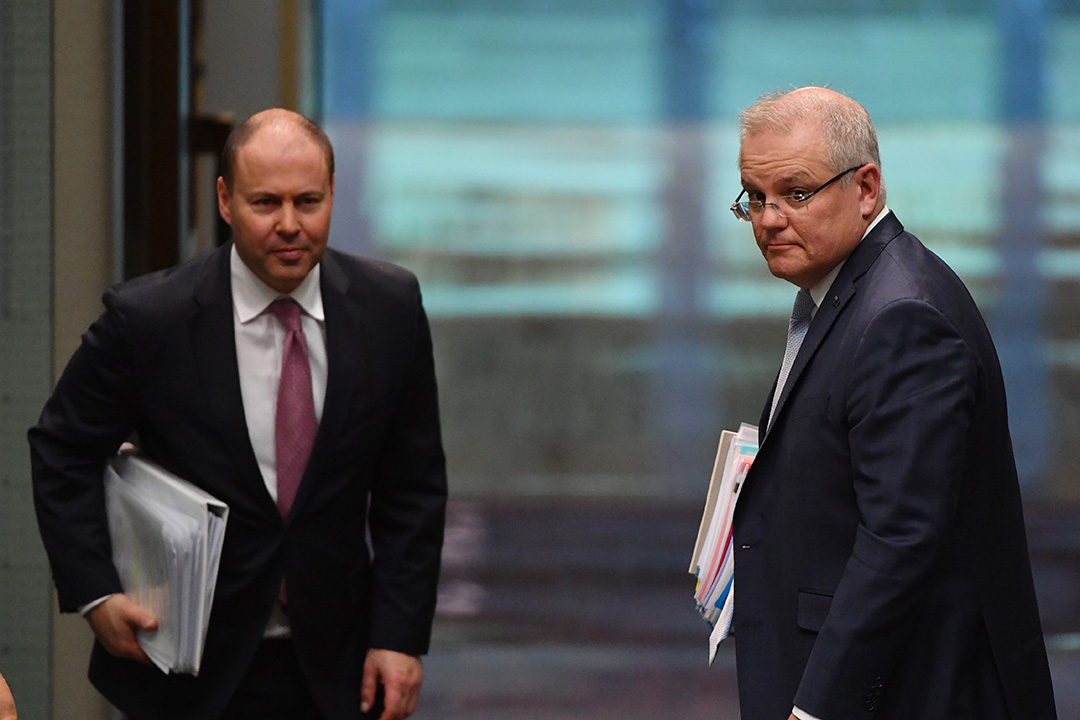 The accidental JobKeeper cock up

Isn’t it funny how the world operates? The respected Phil Coorey of the AFR called the $60 billion miscalculation a “cockup” and pronounced it as the biggest “ever”. But what Phil failed to reveal is that there are all different kinds of cockups — bad ones, accidental ones, bad luck ones and good ones.

And what also has to be looked at is: who is the ‘cock-upper’?

You see right now, Treasurer Josh Frydenberg is copping the looks that say, “Well done, Treasurer”, which are not congratulatory words but highly cynical ones. A $60 billion mistake from the country’s number one number-cruncher won’t look good on Josh’s CV, if he ever wants to put his hand up to be Prime Minister one day.

The apprenticeship of being Treasurer is a great test for a future PM so a money-mistake of this magnitude could be a career killer, unless someone explains that it looks like a good and accidental mistake. And even better still for Josh, he can blame public servants in Treasury, the ATO and nincompoop Aussie employers who cocked up when filling in the JobKeeper forms!

In fact, some 500 employers looking for JobKeeper for one employee mistakenly registered for 1500 employees, which probably made a public servant in the ATO twig that something was wrong. Maybe a computer could have missed this.

It seems that in a space on the form where an employer was supposed to insert the number of employees that they were applying for JobKeeper, at least 500 employers plugged in the money that they wanted i.e. $1,500! They might have only wanted JobKeeper for one employee but this mistake made it look like they were applying for 1,500 employees! By the way, the mistake was probably made by sole traders filling out the form for themselves while they tried to keep their business afloat, looking after their kids who would’ve been going ‘cabin fever mad’ having to hang out at home with their parents and vice versa!

Anyone who thinks the nation’s Treasurer tests out every statistic, every equation and every number given to him by a public servant, is living in La La Land. So a miscalculation over who needed money (when you’re guessing how many millions of workers will be dumped and needing a wage subsidy to get their jobs back) is even too hard for a computer work out.

The Coronavirus and its impact on budgeting came with no blueprint for any Treasurer or public servant smarty to follow. It was guesswork, involving busy Australian employers, who’d been made less busy by the virus-related closures and lockdowns. It’s no wonder a big, accidental, positive mistake was made.

Let’s look at the positives of this so-called cockup:

There are negatives as well and here they are:

There are times when Treasurers make silly and incompetent mistakes. Jim Cairns in the Gough Whitlam Government made a few of them that explained why Gough was kicked out in 1975.

The Fraser Government, with John Howard as Treasurer, saw a predicted budget surplus turn into a huge budget deficit because they cut spending and acted responsible ahead of a recession they didn’t foresee. And John Howard was one of the most economically literate Prime Ministers ever. He probably learnt a lot from that mistake.

In the fullness of time, Josh Frydenberg will only be seen as incompetent by his political enemies, who see this as a chance to play up what looks like a cockup. I guess that’s politics.

For me, I'm more worried about what the Treasurer and PM do with the money. If they play tightwads with the dough and the economy doesn’t rebound strongly, that will be a bad cockup that economists like me won’t let them easily forget.

I hope it doesn’t get to that because I love the idea that unemployment might not go to 10%!