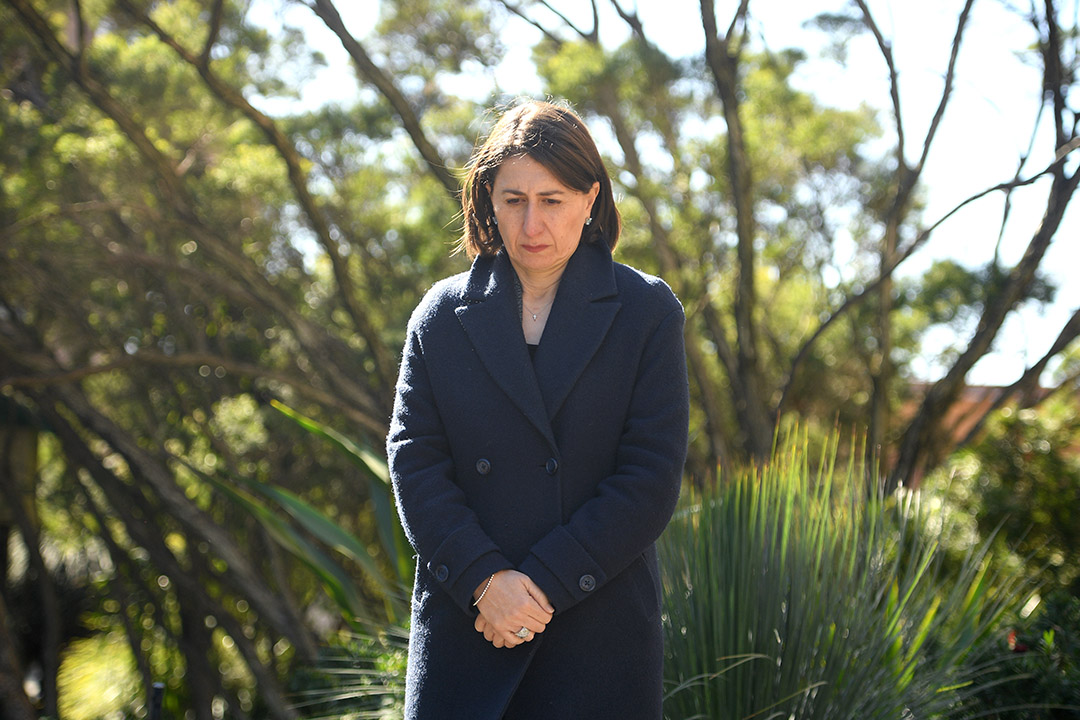 Tell us, Gladys, will NSW avoid a Victoria style lockdown?

Yesterday my wife and I refused to go into a Sushi bar in our local area because mixed groups of people were side-by-side, laughing and joking as if there was nothing called a Coronavirus. And the manager did nothing. I wondered if that was Victoria a few weeks ago before Daniel Andrews declared Stage 4 restrictions.

It reminded me of Watson’s Bay in Sydney last Sunday when people were queueing for the ferry. I think I was the only one keeping three pizza boxes apart from the people in the line ahead of and behind me. Where were the guards?

Two dopey blokes talked about the beautiful cloud formation (and it was) as they invaded my pizza box protection zone. Because of Victoria’s failing of the COVID-19 quarantine test, Federal Treasury now says unemployment will go from 8% to 10%. So I have to ask this: how dumb are people when it comes to taking this virus and its devastating effects seriously?

Everyone in New South Wales should be learning the lesson that our southern cousins have been forced to endure. And the NSW Government of Gladys Berejiklian has to also learn from her counterpart Dan Andrews in Victoria, and get the police out, with masks, and start kicking arse.

Whose arse? Any dope who’s threatening people’s businesses, jobs and lives. In the end, the sensible and smart people who don’t lose their business and jobs will have to pay more taxes out of less profits because dopes aren’t taking social distancing seriously. And second-rate politicians don’t have the guts to play hardball in case voters remember it at the next election.

Well, here’s a tip Gladys: if we go down the Victorian road (which I’ll describe in a moment), you will be blamed. We won’t even have to know the largely unknown Labor leader, Jodi McKay, because she’ll get votes from people who will blame you for letting our state do a Victoria.

And “doing a Victoria” isn’t pretty as we learnt today.

The failure to monitor promiscuous security guards and quarantined Aussies in hotels means the JobKeeper wage subsidy has blown out by another $15 billion.

It has increased our recession to three quarters or nine months instead of six and will put over 1.2 million Aussies out of work.

And let’s not even think about how depressed Victorians must be to be forced back into lockdown.

Latest forecasts from Treasury say the Victorian virus resurgence will push unemployment over 10%, which will take $12 billion off the nation’s GDP, or 2.5% off what we produce in the September quarter. Yeah, but these are just numbers normal people don’t real comprehend. But the following is easy to understand for anyone: the new shutdown puts 530,000 Victorians onto the JobKeeper wage subsidy and businesses that weren’t on JobKeeper will have to be on it!

It’s a cockup that should never be forgotten, especially by politicians. Those stores and factories that operated through the first lockdown are now closed — Bunnings, Officeworks, Harvey Norman, JB Hi-Fi and over 100,000 small businesses!

And plans to save on JobKeeper payments after the September quarter will have to be recalculated because more businesses will need JobKeeper help. But the costs don’t stop there.

More business owners with loans will need more time and consideration from the banks. And those affected with home loans will pray the banks keep playing ‘Mr Nice Guy’.

They will because they’ve signed up for the Government’s rescue programme to make up for what was exposed during the Hayne Royal Commission and because they aren’t as bad as some would have it. This bank kindness will hit profits and  the dividends they pay. And retirees dependent on this income will feel the effects of this mismanagement by Dan the Man.

This is why Gladys has to note this well and get on the front foot and start telling us to grow up, mask up and maintain social distancing.

Many of us won’t mask up until Gladys tells ud to but we’d do it if our fearless leader directs us to do it.

Go Gladys, we’re depending on you.