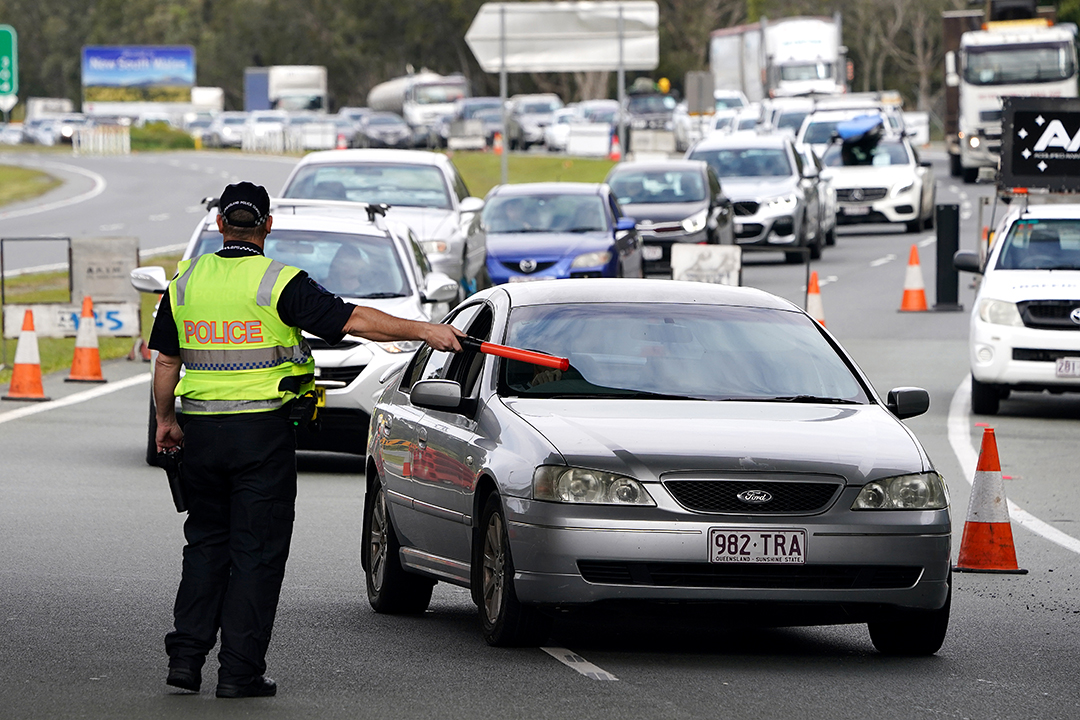 It has become a border battle of State of Origin proportions and while it might be state against state, it’s not mate against mate because the ‘open up your borders’ state of New South Wales doesn’t have the same political colours as the Premiers of Queensland, WA and Victoria.

And the most northern state and most western states are not only Labor fiefdoms nowadays, they have upcoming elections, which means sensible pleas from the likes of Qantas boss Alan Joyce will fall on deaf ears.

Oh yeah, NT has an election looming too and the Chief Minister also happens to be Labor.

To be fair, Tassie and SA have Lib leaders and are also “our borders are closed” types. And that’s what makes the case that border closures are all political harder to sustain.

If I was a Premier, I’d be afraid to just open up the borders, based on the behaviour of the selfish, oddball Aussies out there who guard quarantined Coronavirus travellers and bonk them. And then there are madcap girls who run the gauntlet from Victoria to NSW to Queensland for activities that really looked dodgy.

Then there are those uncooperative revellers who I see in pubs and restaurants, aided and abetted by hospitality entrepreneurs, who seemingly are doing nothing for social distancing and keeping their businesses open!

Threats like the Coronavirus give us insights into just how intelligent our fellow Aussies are. It was shown this week when our bus drivers had to let the NSW Government know that our public transport would be safer if passengers were made to wear a mask to hop a bus or jump on a ferry.

I want to see the economy gradually opened up on a sensible timetable that doesn’t excessively endanger lives. We have to hope that the Premiers and Chief Ministers of the ACT and NT can put aside their political goals and look to the national interest.

And that national interest will be served when we can fly interstate, goods can make it to retailers and manufacturers and job creation reboots. The final point is a crucial one because unless the likes of Qantas can fly nationally, the company can’t reinstate jobs. So it comes back on the Federal Government to keep providing JobKeeper to keep employees living in the States of Australia armed with income to keep state economies operating.

Sure, I understand how a Premier would think “no Coronavirus saves lives and saves my job” but he/she has to recognise that the Morrison Government can’t bankroll this artificially-stimulated economy forever. The lesson of the Great Depression is that government spending is needed in the depths of a recession but economic growth must return to help reduce the need for costly government support, and even to start whittling down the huge budget deficits and debt that has been built up when saving the place from ruin.

Victoria proved to us that it was weak policing of quarantine hotels that brought the state down and negatively hit the overall economy. So the solution that might expedite the quicker reopening of the economy has to be better policing of the morons who could escalate a second-wave infection problem.

I don’t want a police state but I do want to play off my State of Origin footie analogy and make the plea for tougher referees/leaders, who then instigate a network of equally tough referees throughout states, who make sure that dumb Aussies act intelligently.

This is needed until a vaccine arrives to rescue people and economies worldwide and help normalcy return.

This tough management of the biggest threat to our economy (i.e. people’s dumbness) has to be an economic imperative. But why aren’t our leaders more forceful on imposing masks, fining businesses not smart enough to insist on social distancing and so on?

Winston Churchill took no prisoners, as the old saying goes, when he made Brits do unusual and unpalatable things to win the war against the Germans. It was tough love from an uncompromising ‘referee’ who blew the whistle on behaviour that was going to stop him and Great Britain from beating the enemy.

The PM and the Premiers have to embrace “no more Mister Nice Guy” for the sake of the economy, jobs and business survival.

For those Premiers facing an upcoming election, it’s a big ask for them to commit to a border opening plan supported by strongarm refereeing of Aussies before an election.

I guess it’s a test of the truth of their mettle. I hope our Premiers can show themselves to be better than they were when Paul Keating once said: “Never get between a Premier and a bucket of money.”